The loss of hair on the scalp can have a negative impact on the self-image of a person and also leave them lacking in confidence. While a person that is experiencing hair loss will often turn to a hair transplant to address the balding areas on the scalp, there are biologists at several startups who are applying advances in genetic engineering to try and create new cells that form hair in an attempt to restore the ability to grow hair on the head.

Researcher Speaks Out About Efforts to Fight Balding

A startup company known as dNovo sent technologyreview.com a photo of a mouse that had a dense amount of human hair that the company claims is the result of a transplant of human hair stem cells.

The founder of the company, Ernesto Lujan, is a biologist trained at Stanford University. He told MIT Technology Review his company is able to produce hair follicle components through the “reprogramming” of ordinary cells such as fat cells or blood. While Lujan does admit that more work and research needs to be performed, he is hopeful this advance in technology can eventually address the underlying cause of hair loss on the scalp.

In addition, Lujan is hopeful that his company will be able to convert any cell into a hair stem cell through the process of changing the patterns of the genes that are active in the stem cell. Lujan says we “now understand cells as a ‘state’’ instead of being a fixed identity. He also believes “we can push cells from one state to another.”

Cells in the Human Body – Can They be Reprogrammed? 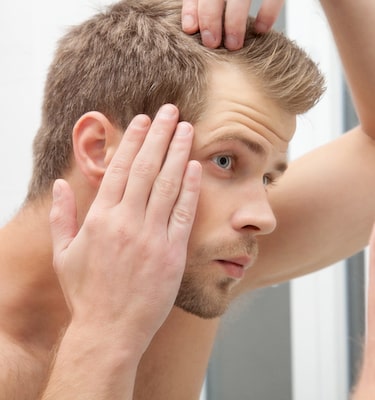 The ability to replace hair that has been lost on the scalp is just one part of a wider quest to determine whether reprogramming technology will be able to reverse the signs of aging.

In the past, MIT Technology Review reported on the early 2000s efforts of Japanese researchers to turn any type of tissue into stem cells (much like the ones found in an embryo). While scientists felt they could possibly manufacture a limitless supply of almost any type of cell, the actual method for producing specific types of cells has not proven to be as easy as it was believed by the scientists.

There have been startups who have pursued the idea of collecting skin cells from parts of the body of a patient and converting them into cells that form hair. Besides dNovo, there is another company called Stemson, led by cofounder and CEO Geoff Hamilton, which has raised over 20-million-dollars to fund research into transplanting reprogrammed cells onto the skin of pigs and mice to test this technology.

Stem Cell Technology – Is it Going to be a Hair Loss Solution?

While there is a substantial number of both men and women who want to restore their hairline, it is not known for sure if stem cell technology will be the big breakthrough that some people hope to see. According to Hamilton, his company still has plenty of research to perform in the future. “We have seen so many [people] come in and say they have a solution. That has happened a lot in hair, and so I have to address that. We’re trying to project to the world that we are real scientists and that it’s risky to the point I can’t guarantee it’s going to work.”

Besides a hair transplant, patients can use treatments such as minoxidil and finasteride to try and restore their hairline. Lujan hopes that the future will find cells that form hair, grown in a lab, being added to the scalp of a person during a surgery that is similar to a hair transplant.

Organoids – What are They and What Will They be Able to Do?

Karl Koehler, a Harvard University professor, feels patients will be willing to “go pretty far” to restore the hair on their scalp. He shared that his lab makes hair shafts by growing organoids which are small blobs of cells in a petri dish that will self-organize. Koehler’s original intention was wanting to grow the hair-like cells of the inner ear (as part of his efforts to find a cure for deafness). Instead, the organoids ended up becoming skin and they were also complete with hair follicles.

After deciding to do further research, Koehler now creates skin organoids that are spherical in size (for around 150 days). He continues this process until they are around two millimeters in size (across). While the hair follicles are visible, he did note the organoids grow backwards which means the hairs are pointing inwards.

His lab at Harvard is currently using reprogrammed cells from a 30-year-old Japanese man but they are also looking for cells from additional donors in order to see if the organoids can lead to hair that exhibits distinctive textures and colors. Since the lab is searching for these additional cells, there are no definitive results to show for this research idea.