While being chased on the big screen by the main killer in a series of slasher films might seem to be a scary prospect, Jamie Lee Curtis is also warning the public about the scary consequences she has suffered in the past after having cosmetic procedures. Here is a look at what spooks this well-known actor 6about cosmetic surgery. 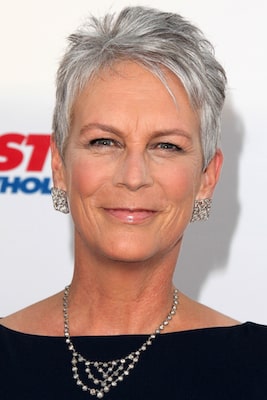 Even though Jamie Lee Curtis has undergone cosmetic procedures in the past to maintain a youthful look, she does have some advice for her two daughters. On the Today Show, the 63-year-old Curtis said “Don’t mess with your face.” She also added that she is now very much on the side of “pro-aging.”

“I did plastic surgery. I put Botox in my head. Does Botox make the big wrinkle go away? Yes. But then you look like a plastic figurine.”

Her past experiences with cosmetic surgery make her want to set an example for her daughters who are likely dealing with the pressure of following current beauty standards and the continuing popularity of plastic surgery. “Walk a mile in my shoes. I have done it. It did not work. And all I see is people now focusing their life on that.”

When asked about her children, Curtis says she considers them to be “grounded people” who are using their minds to do things their own way. In addition to her daughters being happy, the actress also wants her kids to feel content with what they have been able to contribute to their fellow humans.

Her appearance on the Today Show is not the first time Curtis has voiced her concerns about cosmetic procedures. In an interview last year, she said “I tried plastic surgery and it didn’t work. It got me addicted to Vicodin” (a medication that is used to relieve anywhere from moderate to severe pain).

Curtis added, “I’m 22 years sober now. The current trend of fillers and procedures, and this obsession with filtering, and the things that we do to adjust our appearance on Zoom are wiping out generations of beauty. Once you mess with your face, you can’t get it back.”

In the past, Jamie Lee Curtis has admitted to having liposuction and Botox as well as a procedure to remove the fat from underneath her eyes (lower blepharoplasty).

Curtis feels she has gained a greater amount of wisdom since turning sixty and is happy to share her thoughts on the pressures people face to have a younger appearance. She has been in the public eye since her role in the original “Halloween” at the age of nineteen. As mentioned above, she had cosmetic procedures and decided they were not for her even though they can turn back the clock on the appearance of a person.

In addition to sharing her thoughts on the aging process and cosmetic surgery, Jamie Lee Curtis has also been open about how her plastic surgery experiences led her to develop a long-term addiction to drugs.

In a 2019 interview, she explained that her decision to have plastic surgery came after a cameraman once refused to shoot her because he felt her eyes had a look that was “too puffy” on film. “I was so mortified and so embarrassed and had just so much shame about it that after that movie, I went and had routine plastic surgery to remove the puffiness. They gave me Vicodin as a painkiller for something that wasn’t really painful.”

Beside being sober for over twenty years, Curtis has also been outspoken about how she embraces the look of her body and the empowering feeling it gives her on a daily basis. For example, she posted a photo earlier this year on Instagram of her character from the movie, “Everything Everywhere All at Once.” The photo shows the character proudly displaying her belly while seated. In the post, Curtis shared that she had a very specific vision about the way she wanted her character to be styled in the film. In her own words, “I want there to be no concealing of anything.” She went on to add, “I’ve been sucking my stomach in since I was 11, when you start being conscious of boys and bodies, and the jeans are super tight. I very specifically decided to relinquish and release every muscle I had that I used to clench to hide the reality. That was my goal. I have never felt more free creatively and physically.”

Based on her current attitude towards cosmetic surgery and the aging process, it is safe to say that Jamie Lee Curtis will continue to be a vocal supporter of looking natural as she continues to grow older.