One aspect of the process of having plastic surgery is the fact that patients can be assured their doctor will maintain their privacy and not reveal the names or procedures of their patients. They can also be assured that the doctor will maintain their privacy by not revealing their face or “before and after” photos unless they grant the surgeon permission to use their image. Unfortunately, this does not appear to be the case with a surgeon based in Ohio as she has been suspended for livestreaming surgical procedures.

Our investigation into this story begins with an informative video about the suspension from Cosmetic Town TV:

Plastic Surgeon Suspension – Get the Details

Dr. Katherine Roxanne Grawe, known to her social media followers as Dr. Roxy, is an Ohio-based plastic surgeon who had her medical license temporarily suspended by the State Medical Board of Ohio. The suspension means she cannot practice surgery or medicine in the state until the board makes a final decision.

Grawe has requested a hearing on the matter that will be held in May. A hearing examiner will listen to the case and make a recommendation to the medical board. The full board will then deliberate on the recommendation, at a public meeting, and then make a final decision. 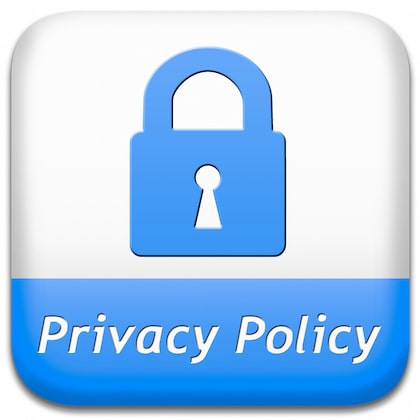 According to the medical board, the suspension was issued after “clear and convincing” evidence was discovered that allowing Grawe to continue to practice plastic surgery presented “a danger of immediate and serious harm to the public.”

In addition, the doctor is being sued by at least four women who claim they experienced complications after their surgical procedures.

According to the notice of suspension that was filed online, the State Medical Board secretary had twice cautioned Grawe in the past four years about the need to maintain the privacy of patients when sharing any videos or photos on social media. In addition, she was strongly urged by the secretary to take remedial education courses that were related to plastic surgery professionalism, complications, and ethics. Plus, Grawe was asked to provide summaries of what she learned during the courses and how she would apply that knowledge in the future at her practice.

Even after she completed the courses, the board claims Grawe continued to film and broadcast the medical procedures of some of her patients until October of last year. The notice sent to Grawe read, “Aspects of these productions include but are not limited to, preoperative photos, preoperative interviews with patients about their bodies, livestreams of procedures, postoperative still images of patients taken in the operating room, and the cost of the procedure.” The notice added, “During some videos/live-streams, you engage in dialogue to respond to viewers’ online questions while the surgical procedure remains actively ongoing.”

Complications for Patients After Their Procedures

The board cited multiple patients who reported complications after having plastic surgery at the practice of Grawe. In one instance, a patient was sent to the emergency room by a nurse practitioner less than a week after undergoing a Brazilian butt lift (BBL), liposuction and a procedure to tighten the skin from Grawe. Her abdomen contained free air and a medical team also determined that the patient was suffering from a loss of brain function due to a damaged liver that was not removing toxins from the blood.

This patient was then sent to another hospital to undergo exploratory surgery where surgeons discovered she had a perforated bowel and a serious bacterial infection. The prolonged hospital visit for this patient also included multiple procedures to remove dead tissue and to perform skin grafting and also open the abdomen.

Part of the procedure for this patient was livestreamed at Grawe’s office on social media. The board stated that Grawe was both speaking to, and looking at, the camera while performing liposuction on the abdomen. The suspension notice stated, “Despite liposuction being a blind surgery that requires awareness of the tip of the cannula (thin tube) to avoid injury, your attention to the camera meant at those moments you were not looking at the patient or palpating the location of the tip of the cannula.”

There was another patient who visited Grawe to have a BBL, liposuction, skin-tightening, and umbilical hernia repair. This patient was found to have six incisions in her intestines and multiple serosal tears (which is a complication of a colonoscopy). The patient needed to have part of the small bowel removed along with repairs made to the small bowel and a partial omentectomy (where fatty tissue that covers the stomach and large intestine has to be removed).

The suspension is not the first time Grawe has faced accusations of complications after a surgical procedure. In 2016, a patient who had breast reconstruction surgery from Grawe was awarded $358,000 from a jury after the patient said Grawe wanted to address her surgical complications with treatments such as leech therapy instead of surgery. In the lawsuit, the patient stated her medical care was “professionally negligent and fell well below accepted standards of medical care.”

After the suspension, her medical practice YouTube page no longer featured any videos and her TikTok and Instagram accounts were marked as “private.”

This story is ongoing.