Cardi B & Kim K – Butt Augmentation Secrets of the Stars

One of the defining characteristics of many current female celebrities is their ample backsides. Celebrities such as Cardi B and Kim Kardashian are as famous for their buttocks as they are for their success in the music and reality TV entertainment fields. One of these celebrities has been very open about het past butt augmentation procedures while the other one has denied having any type of buttock enhancement performed on her booty. Let’s take a look at the butt augmentation backstories of Kim Kardashian and Cardi B.

Cardi B isn’t afraid to discuss her past surgical procedures. She told one interviewer that she uses surgery to help her achieve her goals and fulfill the visions she has for her life.

Back in 2018, the rapper discussed her butt injections with the public. She revealed that she paid around $800 to have silicone injected into her buttocks. In an interview with GQ, Cardi B talked about the painful recovery process she experienced after the procedure. She did not seem to be prepared for the level of pain she experienced after having the cosmetic surgery procedure.

She told the magazine, “I felt like I was gonna pass out. I felt a little dizzy.” Cardi went on to add that the silicone injection leaked for around five days after the treatment.

One of the reasons she decided to have injections placed in her backside was because she lacked enough excess fat on her body for a fat transfer procedure (such as a Brazilian butt lift AKA a BBL).

She decided against going back to the same injections provider “in a basement apartment in Queens” after she learned that another customer died after visiting the person that performed her injections. After learning this news, Cardi B canceled her plans for any type of follow-up procedure.

This incident made her realize that having a medical procedure performed by someone that is not a board-certified doctor is not safe. Patients should not have a medical treatment performed anywhere but a licensed medical facility. While some patients want to save money by having an illegal medical procedure, it is not worth the risk of having the treatment performed somewhere without the proper medical equipment and staff to provide medical support services if anything goes wrong during, or after, the procedure.

The story of Cardi B’s adventures in butt augmentation did not end after her butt injections scare. In 2019, she admitted to having liposuction and breast augmentation after giving birth to her daughter.

After she admitted to these procedures, celebrity watchers started to gossip that Cardi had some of the fat from the liposuction surgery transferred to her buttocks during a BBL procedure.  There is also speculation that she had at least six plastic surgery procedures on her butt to remove all of the silicone that was injected into her buttocks in the past.

Kim Kardashian and Her Famous Booty

When it comes to celebrities and their backsides, there are few people that have a butt as famous as the one on the body of Kim Kardashian. Some people suspect her of having butt implants while others think her ample backside is the result of fillers. Kim has always claimed that her butt is 100\\% natural.

As far back as the early days of the Kardashian family reality TV show, people were discussing her butt. In 2011, Kim had an x-ray performed on her booty to prove there were no butt implants placed in her backside.

Even though buttock implants did not show up on the x-ray; that still does not prove that she did not have some form of augmentation performed on her butt. There are some forms of butt enhancement that are not visible on an x-ray.

A source that claims to be close to Kim says the realty TV star had liposuction performed on her legs and the fat was then injected into her butt.  If her own fat was transferred to her booty, it would not show up on an x-ray since it is her natural fat.

Plus, some medical experts have stated that a butt implant needs to be “radio opaque” (appear light or white in a radiographic image) to show up on an x-ray. This means there is a possibility that Kim had a type of butt implant placed that would not be detected during the x-ray procedure.

Cardi B and Kim K – The Gossip Continues

No matter how much information these two celebrities share with the public, there is always someone that is speculating about their appearance and this includes their large backsides. Cardi B seems to enjoy talking about her cosmetic procedures while Kim is more reserved and less inclined to share with the public. It remains to be seen what type of butt augmentation they will undergo in the future and how much they will be willing to discuss the topic with the public. 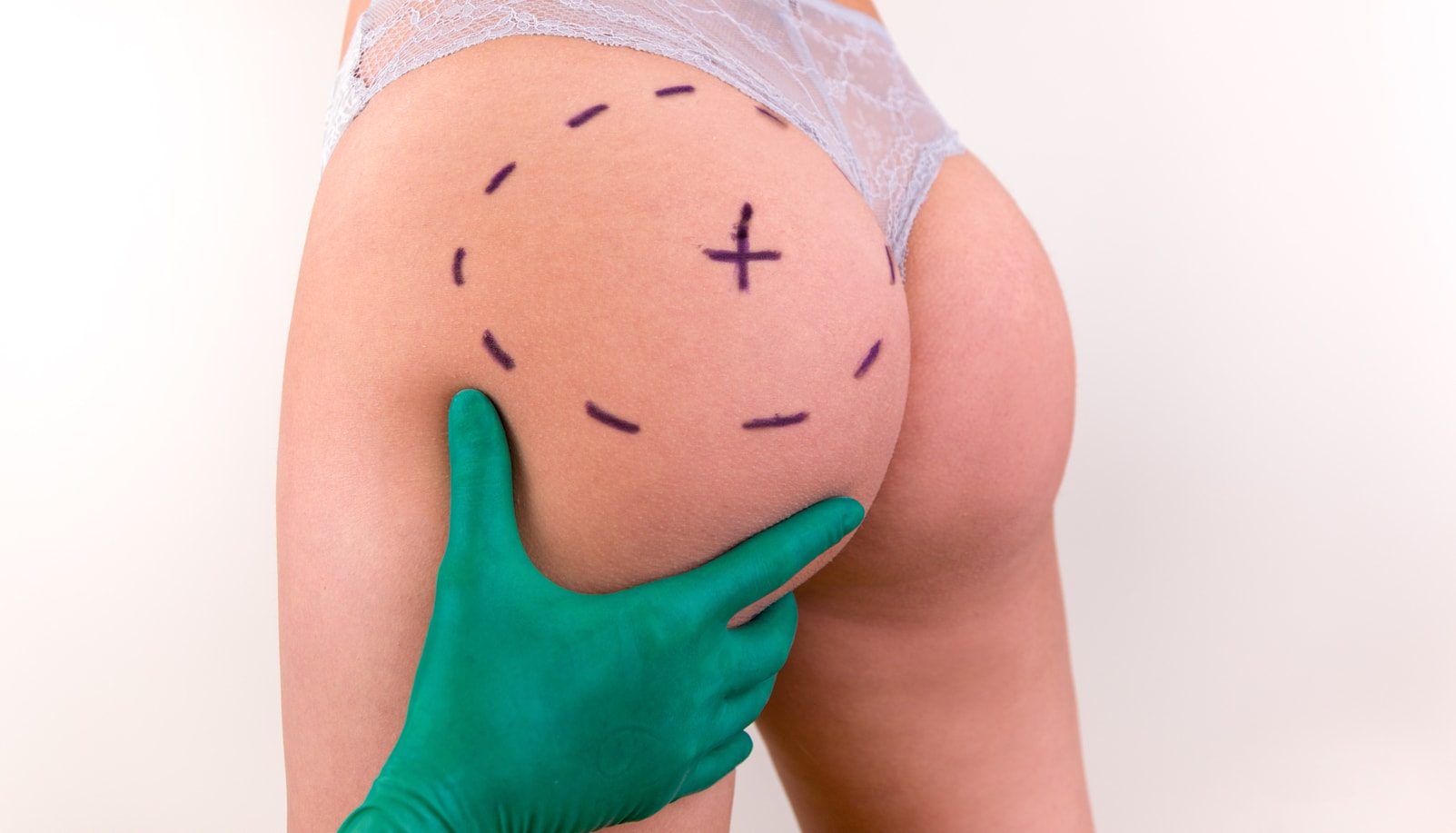 Butt augmentation is a procedure designed to enhance the size as well as the definition of the buttock. There are a number of ways to perform the...... Read more >