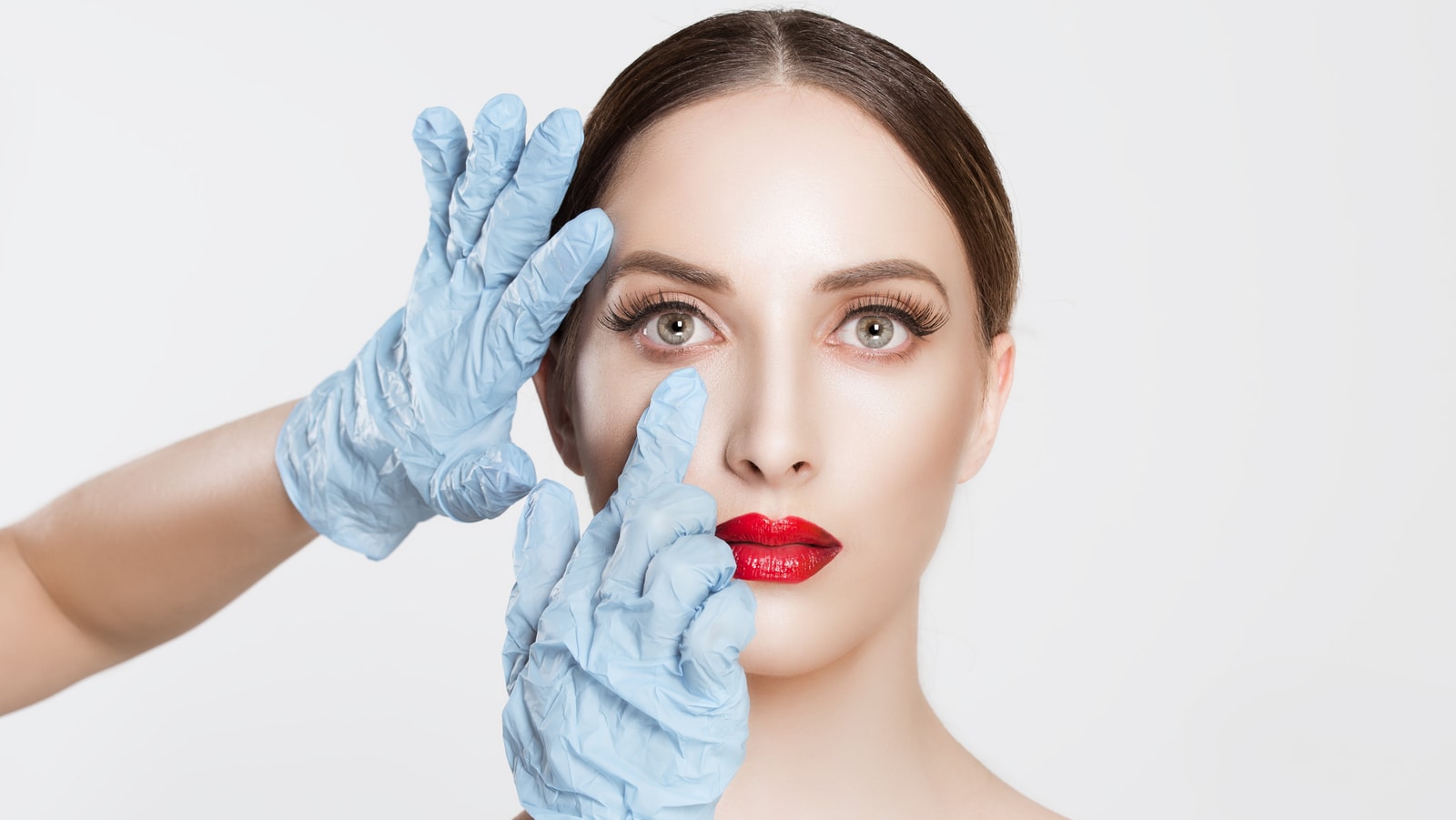 A brow lift is a procedure that raises the eyebrows. An easy way to determine if a person needs a brow lift is to take two fingers and then raise one brow 3mm to 5mm to see whether that makes a difference in making a person look better. There are a number of brow lift techniques that patients can choose from depending on what they are trying to accomplish with the brow lift. Some of the available brow lift techniques include:

The traditional surgical method is called the coronal brow lift. This technique elevates the brows without the tendency to create a recurrence of brow ptosis which is the drooping that the endoscopic technique creates. The coronal is basically an incision that goes from ear to ear and the surgeon peels the forehead down to expose the muscles that naturally pull the brows down. These are the muscles that create the frown in the middle of the eye, or the glabella area. They can be weakened and the brow can be elevated very aggressively. It is the technique most likely to produce a long term permanent lift.

The very long scar can heal nicely or sometimes it can heal quite poorly. Sometimes, the brow can be so elevated that the forehead has a tight or stiff look to it. It usually creates numbness behind the incision and two thirds of the scalp could be numb for a year or two.

This technique uses ½ inch or 1 inch incisions behind the hairline. Through these incisions, a video camera is introduced so the surgeon can gain visualization of the important anatomy and muscles around the eyebrows and all the ligaments that keep the eyebrow down. This procedure has very good visualization, limited scars, and the ability to minimize the risk of scalp numbness. Overall, the most commonly performed, and state of the art choice, is the endoscopic brow lift.

However, it is prone towards recurrence of the ptosis. Many patients will claim that nothing was done six months to a year after the procedure and that it looks the exact same because the muscle frowning tendency is back. The procedure is very operator dependent and a skilled endoscopic brow lift surgeon can get fantastic long term results. There are patients who seemingly had a great procedure but, a year later, very little long term results were achieved.

This technique is useful and it is basically a short scar incision at the hairline. It is about an inch and a half long at the very top of the forehead where it meets the hairline. Under local anesthesia, a surgeon can undermine some skin down to the brow and then lift and remove the extra skin that is creating the drooping and close it with simple stitches. The patient has a 1 ½ inch scar at the ends of both sides of the forehead. Skin is removed and there was a lift but the scar is not ear to ear. This technique has some permanency without the need for video cameras, operating rooms, and coronal incisions.

Another version of the short scar incision is a lateral brow lift. Once again, behind the temporal hairline, there is a 1 ½ inch incision that can be done under local anesthesia to elevate the outer third of the brow. It is a limited lift that normally does not require a formal operating room experience.

There is another brow lift technique that literally removes a wedge of skin right at the eyebrow. Right above where the hair meets the skin of the eyebrow, the doctor takes an ellipse of skin and sutures it. It takes about five minutes per side and works very well at elevating the brow. The surgeon stitches from one place to the next and then the brow is clearly elevated. However, there is a tendency for a very unattractive depressed white scar which can easily be seen by others and is extremely difficult to fix. It can be a cosmetic catastrophe for a young person but it serves a purpose for older patients who cannot see due to their eyebrows being so low. The skin is jammed into the eyelids and they do not really care about the scar because they just want to see.

Women tend to look better with a brow lift than men. For women, the eyebrow is ideally a few millimeters above the bony rim of the eye socket. If the eyebrow is at the rim or below, it’s more of a male style eyebrow that tends to be flat and low. Women tend to have high and more arching eyebrows.

It is important not to feminize a male brow lift. Lifting it a little bit too high results in a surprised look which does not appear very masculine. There are some women whose eyebrows are about 1cm above the bony rim. Moving the eyebrow any higher will make them look bony.

Some men would look better with a slightly high eyebrow but there is nowhere to hide the incisions. Men tend to have receding foreheads or a receding hairline where they are bald. They are not interested in little scars all over their head as opposed to women with thicker hair and a tendency to not be receding in the temples. Women tend to hide their scars and they are more open to accepting them.

A small amount of lift is usually achievable with Botox. Botox gives a 1mm to 3mm brow lift. It not only minimizes the frowning or the scowling look but it weakens the eyebrow depressing muscles that tend to naturally pull the brow down and will result in a lift. Most patients are happy with that effect and do not go towards a surgical brow lift. There are still some patients that want something more than temporary and do not want to deal with lifelong Botox. The surgical approach has a much more extensive result and it is permanent.

A poor or visible scar can be an issue with some of the techniques. Numbness with endoscopic or coronal brow lifts is a problem but it is usually temporary and will return to normal. Over-elevation of the eyebrows can make a patient look worse than not doing the procedure at all but it can be corrected. Asymmetry can also be a problem where one eyebrow is up and one eyebrow is down.

There is a risk of injuring the nerve that elevates the forehead muscle and it is definitely a risk with endoscopic brow lifts. If a nerve is cut in half or injured significantly, the patient can have the appearance of a stroke where half the forehead wrinkles and eyebrows move and the other half are flaccid and drooping. It is almost never permanent but it can be if that nerve is not really respected and handled with care.

Many people are out and about within days of the brow lift. There is not a lot of social downtime. People can usually be back at work within a week of a brow lift. They do tend to have a headache or a tension type feel to their forehead. People who are headache prone tend to have big headaches for the first week.

With all cosmetic procedures, how long it lasts is different with each patient. A surgeon can do the brow lift and if it is perfectly performed it will look fantastic. Five years later, there will be some wear and tear and some return of the drooping. However, if the patient had not done the procedure, it would look even worse. There is always a permanent effect but that effect wears out slowly over time.

Some patients come in and say their eyelids are droopy. The vast majority of patients do have some droopy eyebrows but they also have extra skin in their eyelids. This can be improved with upper eyelid blepharoplasty and it can often be done with invisible scars and local anesthesia. Patients just wanting their eyelids done do not have to go through the decision process of endoscopes, scars, recurrence, operating rooms and all the things involved with brow lifts.

There are a good number of options when it comes to having a brow lift. Patients should schedule a consultation appointment with a board-certified surgeon before making a final decision. They need to get the right procedure performed to get the results they desire.

Based on an exclusive interview with J Joseph Danyo, MD in Greenville, DE

Eyebrow Lift Without Surgery? Here’s What You Need To Know

You feel awake, but you don’t look fully awake. Your eyebrow arches aren’t naturally lifted like before, and the skin is starting to droop down. A...... Read more >

Even though the multiple lockdowns related to the ongoing threat of COVID-19 has caused many industries to suffer, the medical aesthetics and...... Read more >

While Gigi Hadid and Bella Hadid are currently known as two of the most popular models in the world, they were teenagers attending high school in...... Read more >

As the season finale of “The Bachelorette” approaches this Monday night, fans of the show are divided on a number of...... Read more > 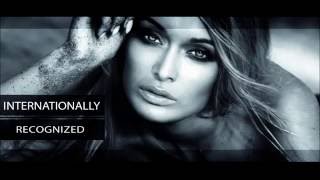