A Brazilian butt lift (BBL) is one of the most popular cosmetic surgeries currently being performed in the United States as well as around the world. The cost varies per patient (depending on the extent of the surgery) and the cost also varies depending on the location where it is performed in the United States or around the world. In addition to the difference in cost, there are also some safety issues patients need to know about before they make the final decision to travel out of the country to have a BBL. 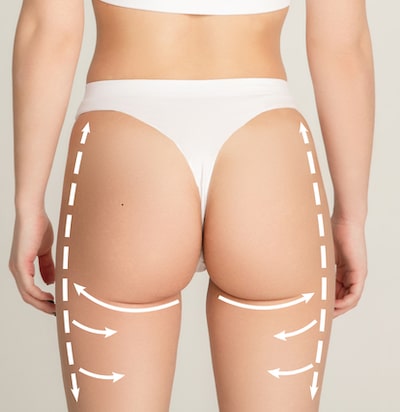 NBC News recently reported on a patient from Palmdale, California, who decided to save $15,000 in surgical costs by visiting a clinic in Mexico instead of having the procedure in the United States. In 2018, Loren Smith took $5500 in cash with her to Tijuana to have a Brazilian butt lift. Unfortunately, two weeks after the surgery, the woman started to experience excruciating pain as well as a swollen stomach. She had to undergo emergency surgery due to the development of serious infections in her body and is still recovering from issues related to her BBL surgery.

Smith is still experiencing some pain that is related to the complications from the procedure, but she has not been able to contact her surgeon as she is unsure of his identity, and she was not able to speak with him after the procedure. Instead, the coordinator that works with the surgeon suggested she travel to Mexico again to use a hyperbaric oxygen therapy chamber that is used to heal infections. (Smith declined to travel back to Mexico for this treatment.)

There is also the case of a mother from Indianapolis who went to the Dominican Republic earlier this year. Shacare Terry passed away from post-surgery complications including intense pain, kidney issues and breathing troubles.

Brazilian butt lift surgery continues to grow in popularity due to the public viewing the results gained by celebrities and social media influencers. According to a 2020 report by the American Society of Plastic Surgeons, there were around 22,000 people in the United States who had the procedure during the time period covered in the report.

The process of having a Brazilian butt lift starts with the surgeon making sure the patient has enough excess and stubborn fat that can be removed from one area of the body and then transferred into the buttocks. The fat is removed through the use of liposuction and then it is processed and purified before it is placed back in the body in the butt of the patient.

Brazilian Butt Lift – Why Patients Travel to Other Countries

The ongoing popularity of BBL has inspired some potential patients to look for a less expensive solution to enhancing the butt and gaining an improved contour to the body. While the cost of a Brazilian butt lift might be less in countries other than the United States, there is also the issue of medical safety standards not being as high in other countries. The doctor might not be board-certified to perform the surgery and the medial facility might not be a hospital, or a clinic and it might also be lacking in sanitary equipment. In addition, the fact that the doctor is located in another country can make it difficult to seek additional help or treatment if complications occur that require medical assistance.

It has been reported by the American Society of Plastic Surgeons that improvements in safety related to BBL procedures are taking hold in the industry. These improvements are projected to decrease the mortality rate of the surgery.

In addition, new BBL safety guidelines for the United States were proposed in February of this year at a cosmetic surgery symposium. One of the proposed guidelines was a limit on the number of procedures surgeons can perform on a daily basis in order to avoid fatigue setting in after too many procedures.

It is true that many cosmetic surgery procedures have possible risks attached to them, but patients can prevent being in a dangerous situation when it comes to having a Brazilian butt lift. According to Dr. Arturo Ramirez-Montanana, the chair of the global surgery committee of the International Society of Aesthetic Plastic Surgery and also a board-certified plastic surgeon, the Brazilian butt lift surgery should take place in a facility known for its high-quality service and results. In addition, the procedure should be performed by a board-certified surgeon who follows the proper and necessary safety protocols. These safety protocols should include only injecting the transferred fat directly under the skin and away from the muscles. Taking the time to inject the fat this way will decrease the chance of a fat embolism occurring as it can lead to the death of the patient.

Patients who are interested in undergoing a BBL should check the credentials of their surgeon of choice as well as ask to see photo examples of previous patients treated by the surgeon in order to get a better idea about the type of results they can expect after the surgery.