Which Cities Have The Most Plastic Surgeons Per Capita? 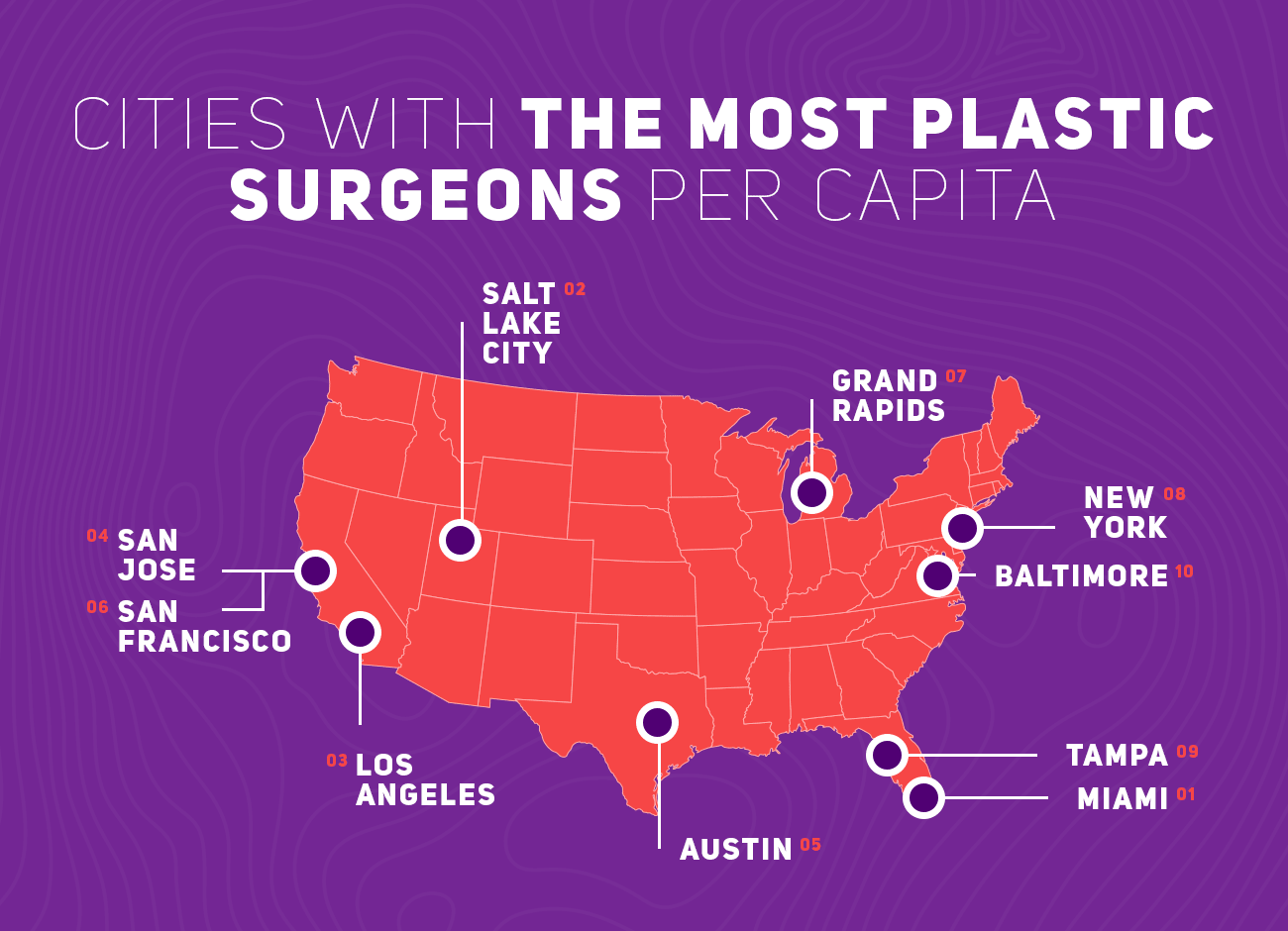 They would be wrong.

In a report issued in 2016, the city with the highest number is Miami with a total of 3.90 plastic surgeons for every 100,000 residents.  The second city on the list is the largest city in the state of Utah, Salt Lake City, with 3.12 plastic surgeons for every 100,000 people. It might seem odd that plastic surgery is so popular in a part of the country known for its Mormon population. However, news outlets such as Time Magazine have reported on the dating crisis in the state. The difference in the number of available men and women in Utah has helped contribute to the rise of plastic surgery in the area.

When it comes to the overall largest cities in the United States, Los Angeles makes the first appearance on the list with 2.98 plastic surgeons. Los Angeles is followed by another California city in 4th place, San Jose while Austin, Texas makes an appearance in 5th place.

The city of New York doesn’t even make an appearance until a few more cities appear on the list. In order, cities 6-10 are:

It remains to be seen if these numbers remain the same throughout 2017. Regardless, it is almost certain that the demand for plastic surgery throughout the United States will not become smaller anytime in the near future.