Stevie Nicks is one of the most popular female rock singers in the history of the genre. She has been with Fleetwood Mac (on and off) since the 1970s and has also had a successful solo career since the 1980s. She is known as much for her appearance and her struggles with addiction over the years as she is for her voice. She has sworn off one prescription medication that she tried in the past and that FDA-approved medication is Botox. Check out the informative article below to learn why this member of rock royalty does not want to use Botox again anytime in the near future. 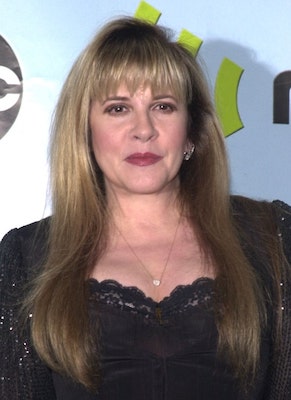 It is no secret that Stevie Nicks has suffered from multiple addictions in the past. She was addicted to Klonopin (a drug that treats seizures, anxiety and panic disorders) for eight years. She also went to rehab for cocaine addiction after being told by a plastic surgeon that she had a hole in her nose that was the result of her large use of cocaine.

Even with those addiction issues in the past, there is one medication that she swore she would never use again after only trying it one time. The singer told the Guardian newspaper, “Botox only makes you look like you’re in a satanic cult.”

The 73-year-old singer added “I only had it once and it destroyed my face for four months. I would look in the mirror and try and lift my eyebrow and go, ‘Oh, there you are, Satan’s angry daughter.’”

After her only experience with Botox injections, she decided “never again. I watch a lot of news and I see all the lady newscasters looking like Satan’s angry daughters, too.”

Stevie Nicks – Not Ready to be Old

Even though she is not a fan of the way Botox made her look, the singer is not ready to resign herself to being old. She is also not planning on letting the continuing COVID-19 crisis stop her from continuing her career. Nicks told the Associated Press, “I don’t have just 10 years to hang around and wait for this thing to go away.

Once the coronavirus shutdowns started to take place across the country, Nicks retreated to her home in Los Angeles but she does not plan on giving up her career. “I have places to go, people to sing for, another album to make.” She even thinks love might be around the corner for her (or not).

“Could I fall in love and run away with somebody (at her age)? Yeah, it’s probably not gonna happen, but it’s possible.”

Botox – How it Works 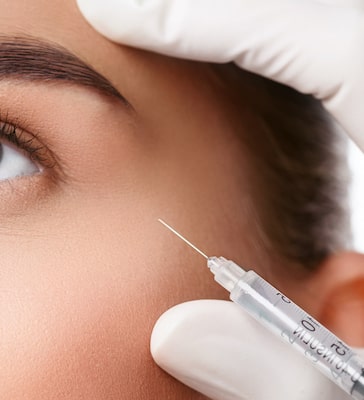 In general, Botox is injected into targeted sections of the face to reduce the appearance of wrinkles and fine lines and give the face a smoother look.

Botox is injected into a muscle that is located near a wrinkle so neuromuscular blockers can limit the amount of muscles contractions in the area of the face where the injection is placed. The limiting of the muscle contractions allows the muscles to relax so the skin has time to smooth out and lessen the appearance of wrinkles and fine lines.  Since the muscles are now able to relax, and they are not continually being pulled, the skin has time to gain a smoother appearance.

Botox – Is it Permanent?

Unlike a surgical procedure such as a facelift that is an invasive surgery with results that last 10-20 years, the results of Botox are not permanent and the procedure will need to be performed again in order to maintain the results.

The results will last anywhere from 4- 6 months and the patient will enjoy less wrinkles and smoother skin thanks to the skin no longer being pulled by muscle contractions.

If a patient does not have a follow-up treatment after the initial Botox treatment, the results will eventually go away and the original issue of fine lines and wrinkles impacting the appearance of the person will be visible again.

Patients that are interested in having a Botox treatment should first perform some research on their own to learn more about the treatment and how it is performed.

The next step is scheduling an appointment with a doctor who is experienced in administering Botox injections to patients. The doctor can examine the skin of the patient to make sure the person is an ideal candidate for the treatment. In addition, the doctor can answer any questions the patient has about the procedure and make sure the person is entering the process with realistic expectations regarding the desired final results

Once the doctor and the patient are in final agreement about what to expect in terms of the changes that can be made by the Botox injections, the person can make the final decision to have Botox injected into the face.