Simon Cowell - Is His Face Melting?

Simon Cowell – What is Wrong with His Face?

A recent video of Simon Cowell showed facial features that were compared to the wax figures that can be viewed at Madame Tussauds Museum. The viral video, shared on YouTube by Lorry Hill, was titled, “Why is Simon Cowell’s Face Melting? His Plastic Surgery Nightmare.”

Hill begins the video with the disclaimer that she does not possess any type of personal or verified knowledge regarding any cosmetic surgery procedures that Cowell might have undergone in the past. In addition, Hill warns those viewing the video not to harass or shame Cowell in any way about the possible procedures discussed in the video. Any kind of harassment might create problems for Cowell and also make it less likely that she would be able to create future videos.

Changes in the Look of Simon Cowell – Twitter Video Spotlights Them 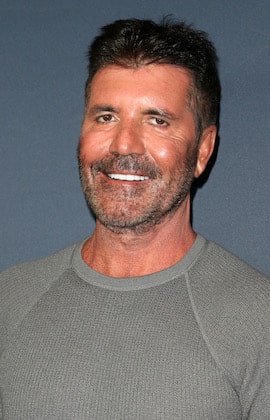 In the video, Hills discussed the older look of Cowell as being more natural and rugged in appearance. She also has a theory that his skin is thicker than many people which might be reason for a stronger chance of wrinkles. Because of this theory, Hill believes that skin, such as the type on the body of Simon Cowell, can fall as the person continues to age. The falling skin can create sagging that is located around the neck and face that will eventually result in a look that includes jowls that droop and crow’s feet.

One of the first changes noticed by Hill is an alteration in the look of his nose. She pointed out that his younger self had a nose with a thicker bridge as well as a tip that had a thin appearance. On the other hand, his current nose appears to be more balanced in appearance thanks to a thicker tip and a more balanced look to the bridge (which now has a thinner look). According to Hill, the changes in his nose could be the result of rhinoplasty revision that added cartilage to the tip of the nose and the removal of cartilage and bone from the bridge.

One of the next set of changes that Hill discussed regarding Cowell is the appearance of his skin. She believes that Cowell has been getting dermal fillers in his face since 2021. Fillers are able to restore lost volume and give the face a look that is more youthful in appearance. Hill specifically thinks that the filler injections have been made in the mid-face area of the record company executive so he can enjoy cheeks that are fuller and larger in appearance. This theory seems like it might be valid as his face has gotten a bit bigger as time has passed. According to the video on YouTube, repeated filler injections might have resulted in the ruining of his “skin envelope” (AKA the overlying skin and subcutaneous fat section of the face). The ruining of this area of the face might have caused it to expand and stretch to the point that it no longer has the ability to fall in a natural manner. If this is the case, it would lead to the need for additional fillers to address the issue….which would then lead to the need to address any additional issues from those fillers.

Unlike many celebrities, Cowell has been open in the past about his use of Botox and fillers. In April of last year, Cowell revealed that he had received injections of fillers and Botox in the past. He also revealed his regrets about having them injected into his face and his decision not to get them again in the future.

Cowell told a newspaper reporter, “There was a phase before everyone was having their faces pumped full of this and the other.” He also said that the series of injections made him gain the appearance of “something out of a horror film.”

In order to get rid of the fillers, Hill believes he had a procedure where the fillers were dissolved through the use of an ultrasound technique that might also be the reason for the “deflated” look on his face.

There has also been some speculation about injections of Botox into his forehead because of the smooth look to his forehead along with hooded eyes that could be a sign of poorly placed Botox.

When it comes to additional procedures Cowell might have undergone in the past, Hill suspects an endoscopic brow lift (due to eyebrows that are higher than in the past) and a lower lid blepharoplasty (where loose skin is removed from the eyelids so they can be sewn into a new position for a more youthful look).

At the moment, Cowell has not responded to any of the allegations in the video.