When it comes to the appearance of the ears, their overall look can be quite distracting to others if they are overly large or if they stick out too far from the head and are considered to be protruding ears. They can also be a source of worry or embarrassment to a person because of their size or if they are overly protruding. Otoplasty is a plastic ear surgery procedure that refers to the surgical reshaping of the outer ear. The surgery can alter the size or shape of the ears as well as make their appearance less prominent to others. In addition, otoplasty can correct irregularities to the ears that have been present since birth or have been caused by trauma or an accident. Do any of these conditions describe your ears? If so, find out below if you should have otoplasty to alter the appearance of your ears.

Otoplasty – Why it is Performed? 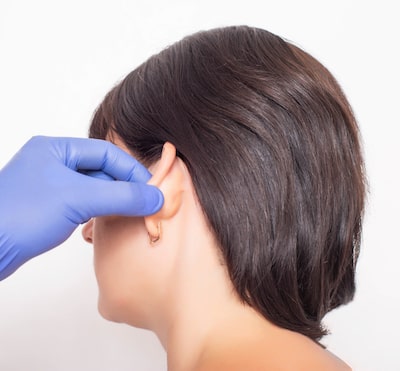 The reason that patients, and this might include you, decide to undergo otoplasty include:

The outer ears are normally at an overall angle that ranges anywhere from 21-30 degrees from the side of the head. Ears that are situated at an angle that is more than 30 degrees have an appearance that is considered to be “sticking out too far” from the head. The cause of the ears having an appearance that is overly protruding can be genetic or it can be the result of some form of injury to the ears.

The Age when you can have Otoplasty

If the otoplasty patient is a young child, it is ideal to have the surgery when the child is 5-6 years old because the ears have reached about 90% of their growth by that age. In general, this is the earliest age that a person should have otoplasty. After that age range, a patient can have the surgery at any age they decide to make a change in the appearance of the ears.

If a baby is born with deformed external ears, there is a nonsurgical technique available to the infant that is known as ear molding. This process uses a splint to reshape the cartilage in the ears of the baby since the cartilage is still easily to mold at that age. An ear molding procedure will need to be performed before the baby is 14 days old. After that period of time, the cartilage will start to stiffen and will not be easy to mold anymore.

Otoplasty – What to Expect?

The first step in the otoplasty process is performed by the surgeon making an incision that is located in the folds of the ear or on the back of the ear. The surgeon will manipulate the ear tissue by removing skin and cartilage until the desired appearance is achieved. The remaining cartilage is shaped or folded and then the incision is closed using stitches. The surgeon can also add cartilage grafts to the ears in order to add a greater shape to the ears or to repair any deformities or irregularities that are present in the look of the ears. 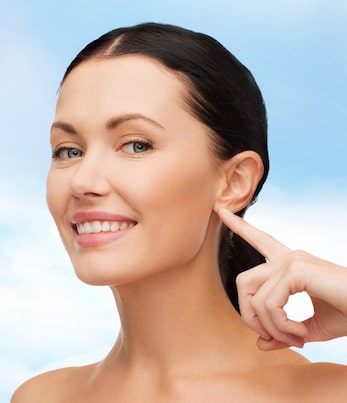 Once the surgery is completed, the doctor will apply a dressing that goes over the ears. The dressing will stay in place for several days before a headband is placed over the ears to protect them during the recovery process. The headband will also protect the ears from being pulled in a forward motion while the patient is sleeping.

If you have otoplasty, you should be able to go back to work after one or two weeks and resume contact sports after three months. Please check with your doctor as each patient is different and your doctor will design a recovery timeline that is specific to your case.

Some of the possible risks and complications that are common with otoplasty include:

Otoplasty – Should you do it?

The decision to have otoplasty is a highly personal one that can only be answered by each individual patient. Many patients are highly satisfied with their results and also have an increased level of self-esteem and a better self-image after the surgery.

You should be aware of the fact that insurance will likely not cover the cost of otoplasty as it is considered to be a cosmetic procedure. However, insurance will cover some of the cost for reconstructive surgery that is performed to repair ears that have sustained an injury as well as surgery for children that are born with defects or irregularities to the ears.

As mentioned above, many patients report an increased level of satisfaction with the look of their ear correction. However, it is important to have realistic expectations going into the procedure. While otoplasty can make the ears have a less prominent appearance, it cannot always achieve a completely symmetrical look to the ears.