Otoplasty is a cosmetic ear surgery that is also known as plastic ear surgery. It is performed on patients that want to make an adjustment to the shape or size or their ears or on people that want to alter the position of the ears if they protrude too far from the head. In addition, otoplasty can be performed to make corrections to ears that have some sort of structural abnormality to them. Patients that want to undergo otoplasty have multiple options available to them as shown in the article below. 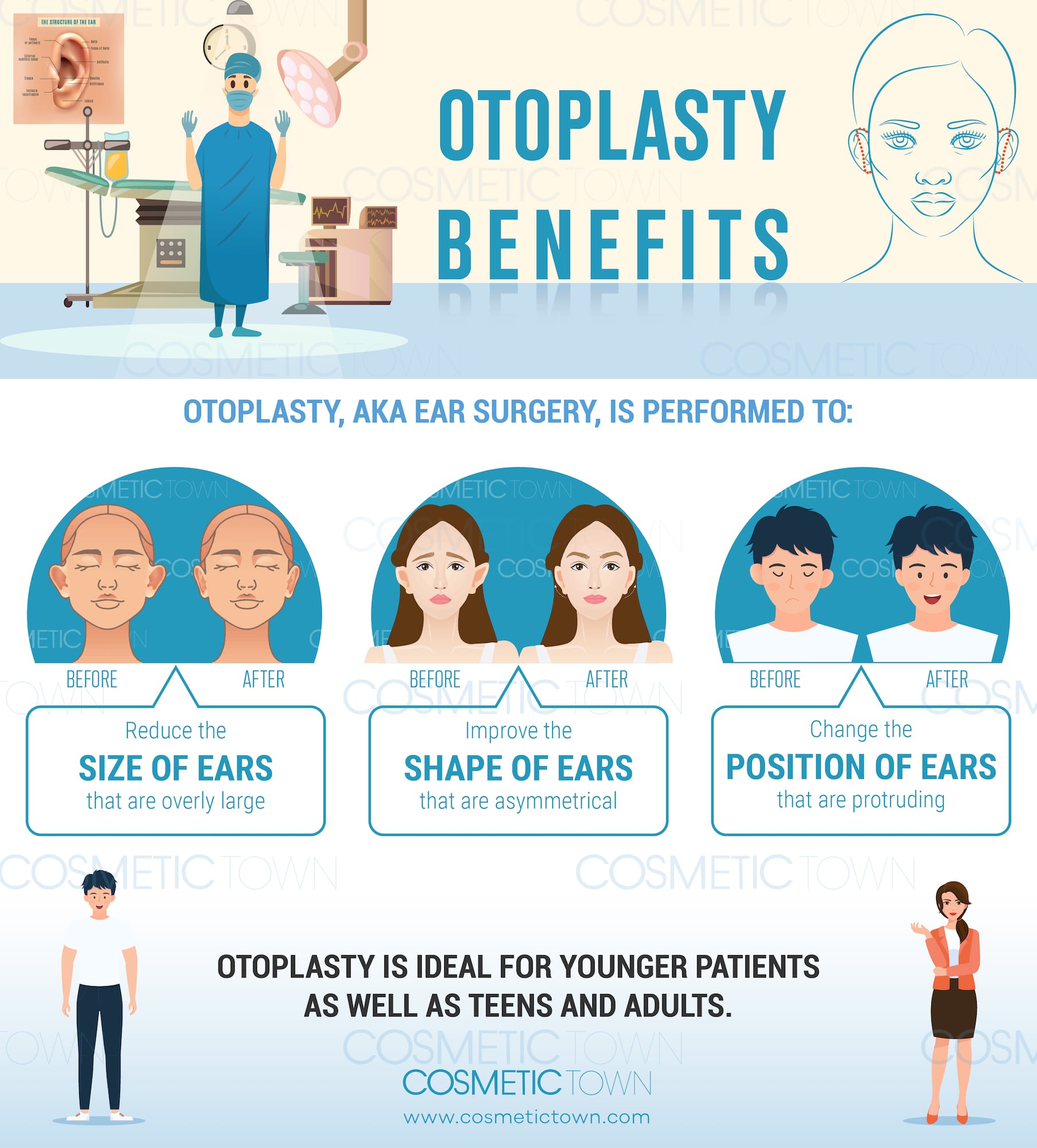 When it comes to otoplasty, here are the options that are available to patients: 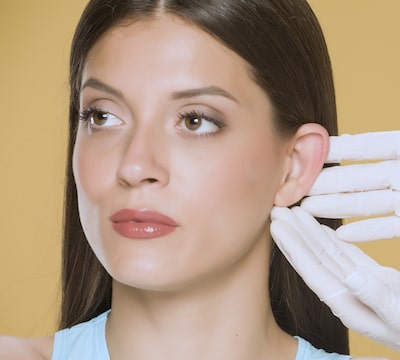 Otoplasty can treat ears that are considered to be prominent in their appearance. Ears that are viewed as being prominent have features that include a prominent earlobe, an unfolded outer part of the ear that is flat in appearance and a deepened bowl that is located at the center of the ear.

Patients that want to undergo otoplasty include people that are looking for an aesthetically pleasing look to the ears. In general, an ear that is aesthetically pleasing has a lack of contour deformities when viewed in a profile view. In addition, the outer border will be partially hidden, and the ears also have a harmonious and balanced look, when viewed while looking straight at a person

Ideal otoplasty candidates include someone with ears that are considered to be larger than normal in their appearance or they are smaller than normal because they have not been fully developed.  Other ideal otoplasty candidates include a person with ears that overly protrude from the head, someone that has ears that are not symmetrical in appearance or the person has suffered some amount of injury or trauma to the ears. Adults that are not happy with the appearance of their ears or children that are teased by other kids because of the look of their ears are also ideal candidates.

When it comes to younger patients, children that are in the age range of five to six years old can have otoplasty since their ears are developed to a size that is closer to the ear size of an adult. Teenagers can also have otoplasty and adults do not have any age limit when it comes to having plastic ear surgery.

Parents can also decide to address the issue of misshaped or deformed ears if they decide to have a procedure performed within two weeks of the birth of the baby. Non-surgical ear molding is performed to alter the ears into a normal shape. The procedure needs to be performed within the first two weeks after birth because that is the time when the ears are soft and easily molded by a doctor.  After this time period, the ears are rigid and not as pliable by a surgeon.

Otoplasty is an outpatient procedure that can be performed on one ear or one both ears at the same time. The surgery begins when the surgeon makes an incision in the folds or on the back of the ear. The surgeon then removes excess skin and cartilage before folding and shaping the remaining cartilage to give the ears their desired shape. The cartilage that remains in the ear is stitched together and the incision is closed using stitches.

Since the incisions are placed in the folds or on the back area of the ears, any scars that result from the ear correction procedure are not easily viewed by others.

The ears start to gain a better appearance after two or three weeks. There will be some bruising and swelling but these conditions will resolve on their own. It can take a year for the final results to be visible and, as long as the patient does not suffer an injury to the ears, the final results should last a lifetime.

Patients that are interested in having otoplasty are advised to schedule a consultation appointment with a doctor that is experienced in performing the procedure. The doctor can examine the shape, size and condition of the ears to determine the extent of the results that can be achieved by otoplasty. The doctor can also determine if one or both ears can benefit from having otoplasty performed on them.