Otoplasty Explained for Celebrities and the General Public

Whether a person is a celebrity or a member of the general public, the look of the ears can impact the self-confidence of a person if they are perceived as being too large compared to the other features of the body. The ears of a person can stick out so from the head that it can be distracting to those that view the appearance of the ears. In order to change the look of ears that are hard to miss because of their prominent appearance, patients often turn to otoplasty to achieve changes in the look, size or overall shape of the ears.

In order to answer the questions we receive on a regular basis regarding otoplasty, the Cosmetic Town TV team recently took an in-depth look at how otoplasty is performed. Our team also identified the type of patients that are considered to be ideal candidates for this cosmetic ear procedure.

Otoplasty, AKA cosmetic ear surgery or ear pinning, is performed on patients to reduce the size or shape of the ears as well as make a change in their position on the head. Otoplasty surgery can:

Celebrities also turn to otoplasty to make the desired changes in the shape and size of their ears. Here are some celebrities that are suspected of undergoing otoplasty:

How Otoplasty is Performed

Otoplasty is normally performed on both ears to make sure the ears of the patient enjoy a great amount of symmetry in their appearance. However, otoplasty can be performed on only one ear if so desired by the patient.

When it is time to perform otoplasty surgery, cosmetic surgeons have two techniques they can choose from to achieve the desired changes in the look, size and shape of the ears. 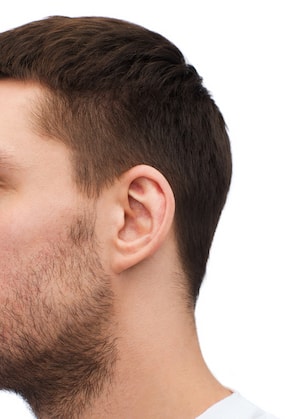 The two types of otoplasty techniques are:

At the start of the otoplasty recovery period, the ears will be covered by bandages for additional support and protection from trauma or injury. Patients will sleep on their back, with their head elevated, in order to not damage the results as the healing process continues. The bandages are removed after a few days and then a loose headband is worn at night to cover the ears and prevent them from being pulled forward while the patient sleeps.

The patient will see some immediate results once the bandages are removed. As long as the patient does not suffer any type of injury or trauma to the ears after the surgery, the results of otoplasty should be permanent.

It doesn’t matter if a patient is a celebrity, or part of the general public, when it comes to wanting to make a change to the appearance of their ears. Anyone that wants to undergo otoplasty should schedule a consultation appointment with a board-certified doctor experienced in providing long-lasting and natural looking results. The cosmetic surgeon will determine if the person is an ideal candidate for the surgery as well as the otoplasty technique that will provide natural and long-lasting results.

Otoplasty, also known as ear pinning, is a surgical procedure that corrects ear defects or deformities that are present from birth or are the result o...... Read more >

Otoplasty, also known as ear pinning is a cosmetic surgery for kids or adults whose ears stick out too far or have ears that aren&rsquo;t properly ben...... Read more >

Ear pinning, also known as traditional otoplasty or pinnaplasty, is performed when a surgeon recreates certain anatomical structures in the ear to giv...... Read more >

Ear reduction, also known as otoplasty or ear pinning, is a cosmetic surgery procedure that changes the shape, size or position of the ears. It is per...... Read more >

The extent of an otoplasty procedure also known as cosmetic ear surgery, depends on the problem with the ear. There are specific measurements used to...... Read more >