New Year, New You - Will it make a Better You

One of the most common phrases spoken by many people in the New Year is “New Year, New You”. The start of another calendar year seems to be the focus point some people need to make desired changes to their body. Some people try to make changes through diet and exercise while others decide to make changes to their appearance using cosmetic surgery. One of the reasons some people want a new look to their body is because they feel the visual improvement in their appearance will lead them to find happiness personally and professionally. They also feel that a change made to the outside of the body will lead to changes to the thoughts and feelings they keep locked away inside their mind.

As a person ages, the body gets older as well and many people feel the need to change their appearance through methods such as a facelift, liposuction or Botox and fillers. There are many people that might not feel motivated to make the changes to their appearance as much as they feel they have a duty to “fix” their appearance. Even if a person works hard trying to make the desired changes through diet and exercise, there are times when all of that hard work is just not enough to achieve the desired look.

More and more people are going under the knife and having cosmetic surgery in an effort to gain their desired “New Look” in the New Year. As recently as 2018, there were close to 18-million cosmetic procedures performed in the United States. The desire to have a new body/new look is one shared by many across the United States as well as other countries such as Brazil, the United Kingdom and South Korea. 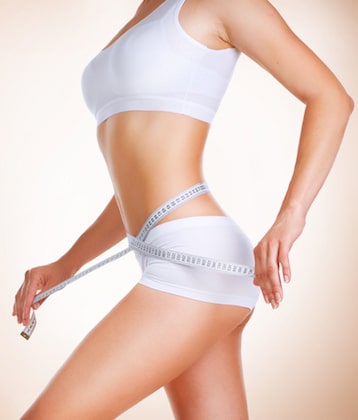 The idea of having plastic surgery has grown in popularity thanks to the increased number of television shows around the world that deal with the topic of cosmetic surgery.

From the Kardashians openly discussing the changes made to their appearance through cosmetic surgery on their reality TV show to programs such as “Botched” where patients visit a pair of plastic surgeons to try and reverse the botched results of their first cosmetic surgery procedures.

In the United Kingdom, there is a show called “Surjury” that promotes the idea that fixing the body will enable a person to fix themselves. The show promises to make “your surgical dreams come true” as contestants pitch their desired surgery to a jury of strangers that will decide which contestant will get to have the surgery they desire.

The BBC also has a show called “Plastic Surgery Undressed” where four people, that want to undergo plastic surgery, are given the chance to learn as much information as they can about the procedure. They even get to watch a leading surgeon perform the surgery in question. The show tries to educate the contestants about plastic surgery as well as warn them of the risks of having their procedure of choice.  One of the reasons the TV program was created was the producers felt there needed to be a response to a poll the BBC conducted of over 1000 UK women between the ages of 18-30. The results of the poll indicated that 66% of those surveyed would consider having a cosmetic procedure or they had undergone a cosmetic procedure in the past.

As the idea of modifying the body becomes the “new normal”, patients will spend more time trying to fix their appearance in order to achieve what they feel is the perfect body. No matter how hard they try to gain the perfect appearance, there is no such thing as the perfect body. Everyone gets older and the appearance of the body changes as a person continues to age.

As the performance of plastic surgery becomes more widespread, there is also the concern of more patients suffering from body dysmorphic disorder (BDD). Studies have shown that around 15% of people that want to undergo plastic surgery suffer from BDD and that fewer than 10% of patients with BBD will be happy with the final results of their procedure.

Advances in plastic surgery help to provide natural looking results for patients but there is no “perfect” or “ideal” final appearance that can be achieved. Patients that want an appearance that is free of wrinkles and blemishes will only be able to gain that look through filters, makeup and apps on their phones.

While many people are aware that the paragraph above is true, that does not mean they will change their mind about trying to gain a perfect look. Many of them will still suffer from self-doubt and a poor body image. Even though “New Year, New You” is a good goal in 2020, patients need to realize that too much pressure to transform their appearance can cause anxiety and make it hard to achieve and maintain their appearance expectations.