Liposuction Scars - How to Treat Them

Liposuction is a popular cosmetic surgery procedure that is performed to remove stubborn areas of fat from the body. The fat cells that are removed are normally resistant to being reduced through traditional diet and exercise. While there are multiple surgical liposuction methods that can be performed by experienced and board-certified doctors, each of these techniques generally includes making small incisions in the body to reach the targeted fat cells and remove them using a cannula. Since liposuction involves cutting into the layers of skin, patients are likely to have wounds that will eventually result in a scar. Let’s take a look at liposuction scars and the most effective ways to treat them on the body. 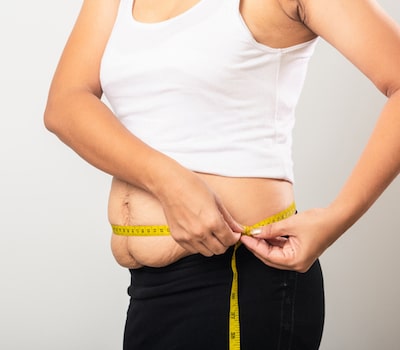 The appearance of significant scarring after undergoing liposuction is normally not an issue if the procedure is performed by an experienced doctor that knows the steps to take to minimize the formation of scars.

The plastic surgeon will likely make the incisions as small as possible as well as place them on the body where they will not be very noticeable by others. If scarring does occur, and the scars are easy to see, it might be because of poor incision placement during the liposuction surgery.

In addition to poor placement of the incisions, hyperpigmentation (patches of skin become darker in color than the surrounding skin) can cause an incision to have a more noticeable look on the skin once it heals.

There are also some patients that simply have a genetic predisposition to keloid scars forming at the site of an incision. Anyone interested in having liposuction should discuss this with their surgeon before undergoing the procedure.

It should be noted that any liposuction scar removal method cannot completely remove a scar but they can reduce the overall look of any scarring. In addition, they can also improve other conditions on the body such as the range of motion in the area with the scar.

If the scar in question is severe and highly visible, scar removal surgery can be performed but it does carry the risk of creating further scars. Thankfully, any scars that form during the healing process after liposuction will likely not be severe enough to need surgery to address their appearance.

Anyone that is worried about the possibility of scarring after liposuction should share their concerns with a doctor that is experienced in performing the treatment. The surgeon can perform a physical examination of the patient and determine if the person is an ideal patient for developing scars after having liposuction. In addition, the doctor can examine the patient after the procedure is performed in order to determine why the scars might not be fading naturally.

Liposuction - Why Can't Doctors Remove all of the Fat?

Workplace Pressure - Why Men Feel They have to Look Youthful

Liposuction – Is it Safe for You to have the Procedure?