How Plastic Surgery Patients try to Hide a Procedure from Others

The desire to change the appearance of certain parts of the body is a popular one as a person ages. The skin can sag or droop and fine lines and wrinkles can appear to give a person an older look. While plastic surgery is a popular option for those looking to have a more refreshed and rejuvenated look, many plastic surgery patients do not want friends and family to know they had any type of procedure because they worry they will be judged or mocked by others.. They will go to great lengths to hide the fact that they had plastic surgery. Let’s take a look at some of the ways plastic surgery patients try to hide a procedure from others.

How to Hide Spending Money on Plastic Surgery

One of the final steps of the actual plastic surgery process is paying for the treatment before the patient leaves the office of the doctor. However, the method of paying for the surgery is one of the first steps handled by a patient.

Here are some of the most popular methods of “hiding the money” when paying for plastic surgery:

Patients also like to have their treatment during the holidays because they are more likely to have downtime during that period of the year. Since it is the holidays, patients are usually away from the gaze of their friends, neighbors and colleagues.

In addition, many people say they are going on vacation for a week when they are really having some sort of cosmetic procedure like Botox to erase fine lines and wrinkles. By the time their “vacation” is over, any swelling or bruising from the Botox treatment has been erased from their face. 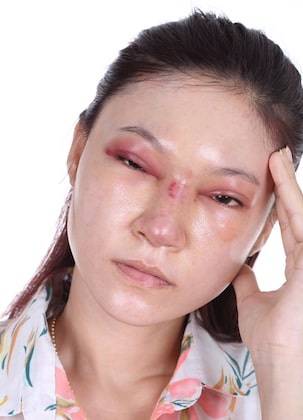 Shift the Blame for Plastic Surgery to Someone or Something Else

In order to hide the fact that plastic surgery has occurred, many patients create a story where someone, or something, else is to blame for the changes in their appearance:

Distractions to fake out the Public about Plastic Surgery

Patients that want to keep their plastic surgery results “private” can make other changes that get the attention of family and friends such as a bold new hair color, a spray tan or bright lipstick. These changes are “new and fresh” and they distract others from noticing any alterations in the appearance of the body.

Be Quiet about Plastic Surgery

It’s also the case that some people don’t even notice changes in the appearance of another person. Sometimes the best distraction is no distraction at all since the changes in the look of the body might not be as noticeable as the patient believes. While the “new look” might be completely obvious to the person that had the plastic surgery, other might not even notice any changes and will never notice them if the patient does not say anything about the treatment.

In other words, don’t even address the issue until someone brings it up in conversation. There is a good chance that the public won’t notice anything which means the patient might be better off not saying anything at all.

Coronavirus and Cosmetic Surgery - What You Need to Know

Botox is a refined form of botulinum toxin used to smooth and lessen the appearance of wrinkles in certain areas of the face. When injected into a mus...... Read more >

Botox and dermal fillers have long been a gold standard in cosmetic treatments. Both have been known to turn back the clock, smooth wrinkles and make...... Read more >

How long does the procedure last