The connection between cosmetic surgery and body positivity and/or a better self-image is one that has been discussed in the past by medical professionals. While body dysmorphic disorder (BDD) is not always part of the conversation, it should be noted this condition impacts between 1.7% & 2.9% of the general population (which is about 1 in 50 people). This means up to 10-million people in the United States suffer from the condition and it can have an impact on their daily lives including their productivity, behavior in social situations and overall feeling about their appearance. 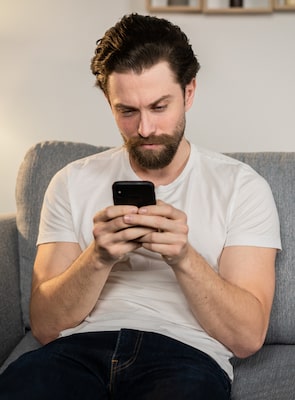 A person who has body dysmorphic disorder perceives the appearance of faults or defects on their body. The disorder is characterized by an obsessive focus on the perceived flaws even though they might be minor in nature or simply imagined by the person. Even though the defect on the body might not exist, the person with BDD could spend hours each day trying to “fix” the defect or flaw.

People that suffer from body dysmorphic disorder are often found to perform repetitive behaviors such as touching or picking at the perceived flaw in their appearance. The preoccupation with their appearance can cause anxiety along with a feeling of distress about their look and a tendency to avoid social situations.

If a person is suffering from BDD, there is also a good chance they will try and alter the look of the body part where they view the flaw. They will often turn to cosmetic surgery to try and make the desired changes in their appearance.

Some examples include fillers or a facelift to address “flaws” on the face or liposuction to try and gain a better contour to the body. While these cosmetic procedures might not be necessary as the defect on the body might not be real, this does not stop the person from thinking the cosmetic treatment will solve their problem and correct or eliminate the perceived defect.

In addition, there is also the issue of social media and trying to live up to the beauty standards on display on platforms such as Instagram and TikTok. The viewing of the appearance of others online can cloud the self-judgement of a person and also lead to a low level of self-esteem and issues with their body image. Both of these issues are also recognized as symptoms of body dysmorphic disorder.

Even though social media does not directly result in a person having body dysmorphic disorder, the viewing of images related to current beauty standards can act as a “trigger” to someone that is already genetically predisposed to having the disorder. Plus, there is a chance that viewing the images can also make any existing symptoms worse.

While almost all people want to have a “good appearance”, the desire to gain “likes” on social media and the approval of someone viewing the images can have an impact on the mental well-being of a person. Some people start to evaluate their self-worth and self-confidence through their physical appearance and begin to obsess over their look online and in real life.

Patients that suffer from BDD can also show symptoms of multiple issues with their mental health. Some of the additional conditions that patients with body dysmorphic disorder often suffer from include obsessive compulsive disorder and social phobia/social impairment. They can also suffer from substance abuse issues. While the level of these additional conditions varies per patient, it is worth noting the issues can occur frequently and on an intense level.

Cosmetic surgeons have to take great care during the consultation process with patients. It is their responsibility to provide proper guidance and to make sure the person seeking cosmetic surgery is not suffering from a condition such as body dysmorphic disorder. It is a vital step in the consultation process for the cosmetic doctor to learn more about the reasons behind the desire to have a procedure and to make sure there are not any underlying mental conditions (such as BDD) that are behind the request to have the cosmetic treatment.

The doctor also needs to examine the body of the patient to determine if the flaws or defects on the body are real or if they are simply perceived by the patient. If the patient is determined to be suffering from body dysmorphic disorder, it is important for the person to receive psychological support and counseling before they are allowed to have the desired cosmetic procedure.

When performed on a patient without a condition such as BDD, cosmetic surgery can be a positive experience that gives a person an improved self-image. A person with body dysmorphic disorder would likely not be satisfied with the results or the person might change their obsessive focus to another part of the body and still suffer from the disorder after a cosmetic treatment.

Saggy Face - How to Stop the Sagging with Thread Lifting