The ears are one of the most viewed parts of the body as they are often a very prominent feature on the head of a person. Patients that have ears that protrude greatly from the head often want to make a change in their size and shape or their positioning on the head. There are others that want to make a change in the appearance of the ears in order to correct a structural abnormality that is present in the ears. Otoplasty, AKA cosmetic ear surgery, is a procedure that is performed on the visible part of the outer ear which is known as the auricle. Let’s take a look at otoplasty to see the type of changes it can make to the appearance of the ears. 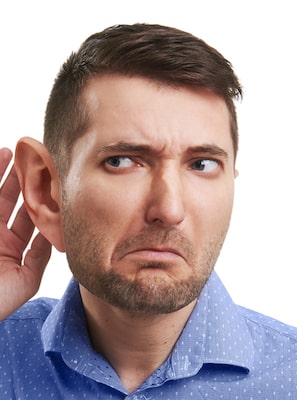 If the auricle does not properly develop on a person, otoplasty can be performed to make the desired changes in its appearance. The auricle is essentially folds of cartilage, covered in skin, that begin to develop before a person is born. It will continue to develop in the years that follow the birth of a person.

There are several options when it comes to having otoplasty:

Ideal candidates for otoplasty include someone with ears that greatly protrude from the head or have ears that are larger or smaller than normal in appearance. In addition, ideal otoplasty candidates include someone with ears that have an abnormal appearance or shape due to a structural issue that happened during their birth or it occurred after some form of trauma or injury to the ear.

Otoplasty can be performed on someone that is four or five years of age (or older) as the ears have reached 90% of their adult size by that point.

Ears that are malformed or prominent can also be treated during the very beginning of the life of a baby. During this time period, the ears of a baby are soft and can be molded into a new shape. The best results can be achieved during the first three weeks after a baby is born. After that time period, the ears are no longer as moldable so any surgery will need to wait until the age of four or five (or older). Splints made of dental impressions are used to gently reshape the cartilage in the ears of babies to mold them into a new shape.

Otoplasty is an outpatient procedure that can be performed under either local or general anesthesia. In general, otoplasty begins with the doctor creating an incision inside the folds of the ear or on the back of the ear. The surgeon will then make the planned changes to the size, shape or structure of the ear by removing a designated amount of skin or cartilage, folding the cartilage using permanent stitches or grafting cartilage to the ear of the patient. The incisions are then closed using stitches.

Once the procedure is performed, the surgeon will wrap the head of the patient with heavily padded cotton bandages to protect the ears. These bandages will be removed after a few days and then a lighter bandage will be put in place by the doctor. About a week after the surgery, all of the bandages can be removed. A soft headband will then need to be worn to cover the ears and help them remain in their new position. An otoplasty patient will need to keep the head elevated to minimize swelling and not sleep on their side in order to avoid damaging the ears.

Patients can expect to see some bruising and swelling after the surgery but these conditions will resolve on their own. It can take up to a full year to see the final results which should last a lifetime.

Otoplasty Risks and Side Effects

Some of the most common side effects of otoplasty include redness of the ears, bruising, swelling and a tender feeling to the ears.

Possible risks of the surgery include asymmetrical results, infection, bleeding, scarring and numbness or tingling of the treated area.

Patients that are interested in undergoing otoplasty should schedule a consultation appointment with a board-certified surgeon that is experienced in performing the surgery. The doctor will examine the current condition of the ears and give the patient realistic expectations about the results that can be expected after the surgery as well the best otoplasty technique to achieve the desired changes to the size, shape or appearance of the ears.