Johnny Depp entered the public eye in the late 1980s with his starring role on the TV series, “21 Jump Street.” He moved from the world of TV and became a movie star as well as one of the most recognizable people in the world. Like anyone else in life, he has continued to age but his aging process has also left many of his fans stunned to the point where they are saying that he is no longer easily recognized. Check out the article below to learn why a recent spotting of the actor left his fans questioning the change in his appearance. 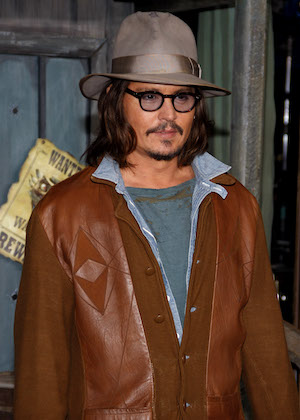 Johnny Depp debuted a new “old look” that was missing a signature aspect of his appearance. Depp was photographed without a beard for the first time in years as the 59-year-old actor and musician showed off his clean-shaven appearance while he is on tour with Jeff Beck. The two men played a show in New York where Depp was spotted without his signature mustache and facial hair. The change in his appearance caught the public by surprise as he now looks quite different from the youthful sex symbol of the 1980s and 1990s.

When Depp first rose to fame, some of the main aspects of his appearance that people noticed were his chiseled jawline and his rugged looks. In addition, his love life has been the subject of news stories over the years and he is also known for changing his appearance when it comes to a role in a movie.

Johnny Depp – Not the First Time His Facial Appearance Has Changed

The loss of his mustache and facial hair brings to mind the speculation about Depp’s look back in 2015. His appearance at the Toronto Film Festival included a much fuller look to his face during a press conference for a movie he was promoting at the time. A blogger for the New York Post noted, “The actor’s face, chiseled just a few months ago, had swelled into a puffy oval, and the rest of his body looked as if it had got gotten just as round.” The blogger continued, “His hair appeared greasier than usual, and topping off his look, one of his teeth was red for some mysterious reason. A stain? A stray piece of cranberry. Some sort of pirate thing? We have no idea.”

At the time, there were many people on social media who agreed that the actor looked different and that his face had a fuller look than it did in the past. For example, some social media users said his formerly chiseled jawline had changed and taken on more of a square shape to the face.

While this might not be the actual reason for the change in his appearance, Depp has been open in the past about his struggles with addiction and some of his fans believe his addiction issues might have played a role in the transformation of his look. As part of a statement during a trial in 2019, Depp said, “It has been well reported and I have been open about my challenges with alcoholism and addiction throughout my life. In fact, I started drinking and taking drugs when I was still a child. I am not in any way embarrassed to say this. However, the way in which the Defendants have sought to portray this problem is not a fair or accurate reflection of the reality of addiction.”

Depp has never been one to address any gossip about his appearance and he has certainly never admitted to undergoing any type of plastic surgery. This has not stopped his fans or celebrity gossip websites from speculating about his looks.

There are some people who think the actor had rhinoplasty to reduce the shape and size of the nose. His nose does appear to have a larger look in older photos so there might be some truth to this speculation.

Depp’s face has also been a subject of speculation as the lack of wrinkles on his face has caused some to believe that he had Botox and/or fillers placed in his face. In addition, he has been suspected of having a facelift as his skin seems to be rather firm for a person who is almost sixty years of age.

In addition, Depp has been suspected of having a hair transplant but this could simply be the result of his changing hairstyle in various movies. His hairline does not appear to be receding so the speculation about his hairline will likely remain a mystery.

As mentioned earlier, Johnny Depp has not addressed any of the gossip regarding his appearance and plastic surgery. Since he has not mentioned anything in the past, it is unlikely that he will decide to talk about it anytime soon so the stories about his appearance will continue to be nothing more than gossip for the foreseeable future.