Bullying Leads Many Children to Get Otoplasty Surgery

The ears are a very prominent feature on the face but they are not always “even” in their appearance. Many people have ears that are overly large or they stick out greatly from the head to the point they are distracting to those viewing the ears. In the past, patients have waited until they were adults to have cosmetic ear surgery, AKA otoplasty, to change the size or shape of their ears. This has changed in recent years as more kids are undergoing otoplasty because of bullying they are facing from their peers.

A study from 2017 showed that around 5% of the population suffers from protruding ears and many people seeking treatment for the condition are under the age of 18. The number of patients under the age of 18 having the treatment also includes kids in preschool. The study showed that the two main reasons for children to have otoplasty include wanting the ears to be more aesthetically pleasing in their appearance and bullying from other kids.

When it comes to otoplasty or rhinoplasty or other cosmetic procedures that alter the appearance of patients, the American Society of Plastic Surgeons says kids get surgery to fit in with others as opposed to trying to stand out from the crowd.

Otoplasty is a cosmetic procedure that allows patients to have a better self-image and feel better about the appearance of their ears. Many psychologists say kids that are bullied can suffer lasting effects from the way the bullying impacts the way they feel about their appearance. The psychologists say the bullying can lead to internal emotional scars that can last a lifetime and they even become part of the fixed body image of the person. They can go from being ashamed of the look of their ears to thinking they look ugly to others. 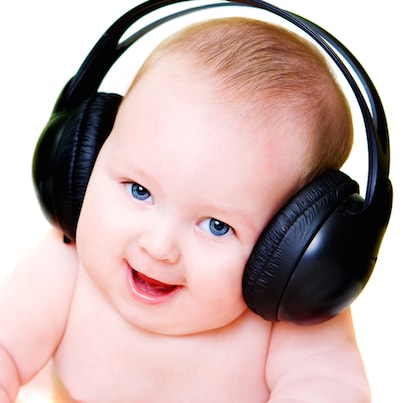 One of the reasons that kids can have otoplasty is because the ears reach roughly 80% of their size by the time kids go to kindergarten. For newborn babies with ears that are protruding, parents can have ear molding performed to correct any deformities or defects to the outer rim of the cartilage of one or both ears.

Some doctors report the parents of some of their patients have ears that are overly large and protruding. These parents often have otoplasty performed on their kids to spare them from the bullying and emotional pain they went through in their youth. These parents feel that others who are not sure about letting their children have cosmetic surgery might feel differently if they had endured bullying in their youth because of their looks.

How Otoplasty is Performed

Otoplasty begins with the creation of an incision that is placed behind the ear so the surgeon is able to expose the cartilage of the ear. The doctor removes a certain amount of excess skin that will give the patient the desired look to the ears. The cartilage is then reshaped by the cosmetic surgeon. If necessary, the ear can be repositioned so it is placed closer to the head before the surgeon closes the incision.  This step is often performed on patients that have ears they feel stick out too far from the side of the head.

When it comes to otoplasty techniques, they performance of otoplasty can be classified into two groups:

Otoplasty cannot be performed on patients that previously had ear surgery in the last four to six months. The exception to this rule is if the scar from the previous surgery has healed before the four to six months have passed.

Otoplasty recovery depends on the amount of work performed during the surgery. After the surgery, the head of the patient is wrapped in heavily padded cotton bandages to help protect them and hold them in place. The heavy bandages are removed after a few days but the patient will still need to wear a lighter bandage for a few additional days. A soft headband is then worn to hold and protect the ears. Patients will also need to sleep with their head elevated to minimize any swelling.

Patients can return to work a week after otoplasty and the full recovery period is four to six weeks.

Some otoplasty results are visible once some of the bruising and swelling goes down. Patients can expect improvements in the results for up to a year after surgery. The final results of otoplasty are permanent as long as the patient does not suffer any injuries or trauma to the ears.

Otoplasty, also known as ear pinning, is a surgical procedure that corrects ear defects or deformities that are present from birth or are the result o...... Read more >

Otoplasty, also known as ear pinning is a cosmetic surgery for kids or adults whose ears stick out too far or have ears that aren&rsquo;t properly ben...... Read more >

Ear pinning, also known as traditional otoplasty or pinnaplasty, is performed when a surgeon recreates certain anatomical structures in the ear to giv...... Read more >

Ear reduction, also known as otoplasty or ear pinning, is a cosmetic surgery procedure that changes the shape, size or position of the ears. It is per...... Read more >

The extent of an otoplasty procedure also known as cosmetic ear surgery, depends on the problem with the ear. There are specific measurements used to...... Read more >