Ever since she attained success across the world as an actress and singer, Ariana Grande has been subjected to gossip about her appearance. The singer has been suspected of having plastic surgery and some of the procedures she is suspected of having include breast implants, a brow lift, and rhinoplasty. In order to determine if she had any type of procedure, here is a closer look at her appearance and her feelings about the plastic surgery gossip.

Ariana Grande Plastic Surgery Speculation – When Did it Begin? 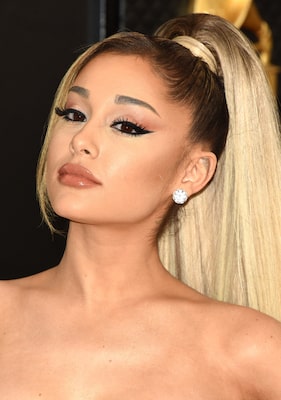 The speculation surrounding the look of Ariana Grande started when some members of the public felt she looked a bit different than how she appeared during her time on Nickelodeon. Social media started discussing her appearance including how her eyes did not look as round as they did in the past. However, there were some people who were quick to point out how eye makeup can make a change in the look of a person. Plus, the superstar often wears makeup on the red carpet that gives her face a more contoured appearance along with eyes that have a smokey look.

In addition, she was suspected of having rhinoplasty, AKA a nose job, in late 2019. Ariana responded to this speculation with a tweet that has since been deleted. The tweet read, “Hayyy this is my birth nose, what TF did I log onto today? Lemme have a cute nose, damn.”

Grande has denied having cosmetic procedures and she has also address how she feels her smaller body shape is just as stunning as women who have a bigger butt or breasts. In 2015, a person posted online, “Curves are sexy, sticks aren’t.” Grande replied with the following tweet, “People make it impossible for women, men, anyone to embrace themselves exactly how they are. In case you need a reminder, you are beautiful.”

While the above statements by Grande show that she loves her appearance and does not seem to be worried about what others think, take a look below to see if Grande possibly had some type of procedure that she has not admitted to in the past.

Back in 2009, there were photos of the singer with eyebrows that were low on her forehead as well as close to her eyes. Moving ahead to 2014, Grande was starting to sport eyebrows that appeared to be higher up on her forehead which gave her a look that was more feminine and softer than in the past. Plus, her eye lids had gained a larger look. This has caused speculation that Ariana had a brow lift to raise her eyebrows as well as reduce wrinkles that might be present on the forehead. On a more specific level, some people think she had an endoscopic eyebrow lift that is able to raise the brows of a person through small incisions made in the forehead.

As mentioned above, Ariana has been suspected of having rhinoplasty because her nose had a look that was quite bulbous when she was younger (around 2008). In addition, her nose seemed to have some curves and bumps as well. Rhinoplasty is a surgical procedure that can change the size or shape of the nose. Moving forward to 2012 and 2013, her nose now had a look that was more refined and sleeker in appearance thanks to the tip of her nose being smaller and having a shape that pointed upwards in a manner that also exposed her nostrils.

Even though some people have suspected Grande of having breast implant surgery, there are others who feel this is not the case. First, she was young when she entered the public eye so her breasts would naturally grow over the years as she got older and more mature in appearance. Plus, her current breast size can be described as “modest” so it appears that breast augmentation is not a choice she made in the past.

Finally, many celebrity watchers think the singer has become a fan of lip fillers over the years. During her days on Nickelodeon, her lips were normal in appearance with her upper lips having a look that was a bit thinner than her lower lip. Starting around 2017, the appearance of her lips was much fuller, and many people think she had filler placed in her lips to give them a bigger size and increased volume. There were even some online posts about her lips having a “trout pout” which is a look that happens when the lips are overfilled with lip filler.

Her fans are still waiting for her to admit to any of the above procedures. Until she decides to confirm having plastic surgery, her legion of fans will continue to speculate about the changes in her appearance.

Breast Implant Revision - How to Know if You Need it