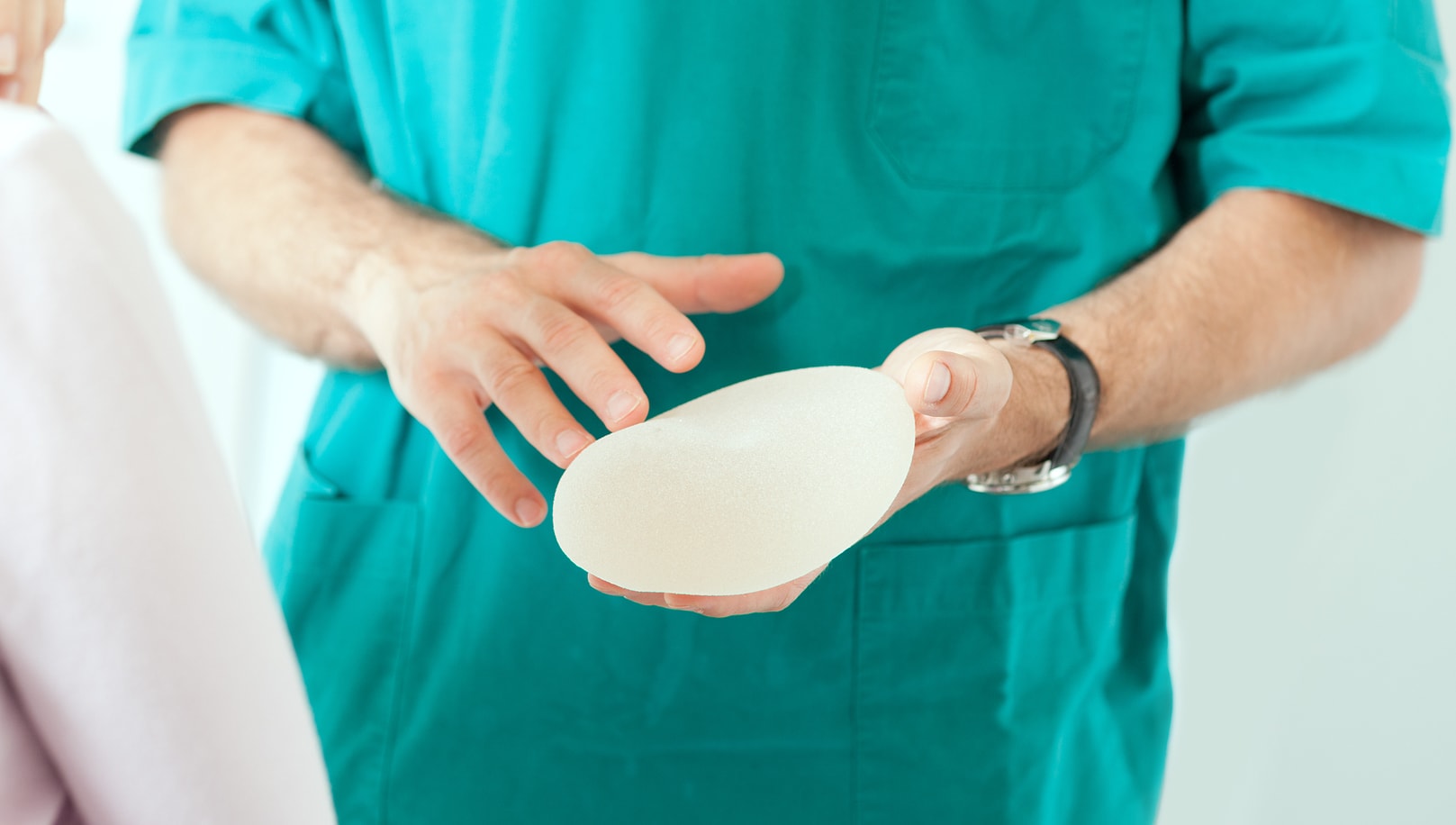 A breast implant procedure generally involves the restoration of breast size shape and symmetry. It can include enlarging a breast or totally reshaping or manufacturing a breast.

An implant can be used for someone who has small breasts they want to make larger. It can be used for patients that have misshapen or asymmetric breasts in order to bring symmetry back. In some instances, patients who have had a mastectomy can have breast implants to restore the breast. It is also used in women who have had children and have lost some volume after breastfeeding. If they are starting to sag, it can be used in combination with a lift to restore their original shape.

The most immediate complication is bleeding that causes a hematoma around the implant. If this happens, they need to be immediately drained and cleaned out in order to minimize subsequent scar tissue or encapsulation around the implant.  If a patient has fever and redness four or five days after the surgery, they could have an infection related to the implant and to the surgery. This is not common but it needs to be watched for in a patient after surgery.

Patients need to make sure they take antibiotics when they have dental procedures because that can be a source for infection. If a patient has a crown or some other work done and they are not taking antibiotics, it can lead to an infection or it can cause delayed encapsulation around the implants.

In the long term, patients need to look for hardening or encapsulation around the implant. Modifications and improvements in the implants have markedly reduced that but it is still a long term complication. It is a complication that does not normally show up until a month to six weeks or even longer after the surgery. This is known as capsular contracture.

Finally, just over the passing of time, there can be asymmetry. When implants are placed under the muscle, the patient can still be very active physically. With the constant tightening of the muscle, there is sort of an inferior lateral displacement of the implant which causes it to loosen and widen and separate in between the cleavage. It does not happen in everyone but it can happen. In those who are active, there is not a lot of support beyond the border of the pectoralis muscle. This complication is seen most often with saline implants where there is just not as much capsular tissue to provide support.

One of the main causes of capsular contracture is leaving blood in or around the implant. In other words, a degree of hematoma is around the implant. The blood inside has more scar tissue which will create a thicker capsule which can start the process.

As mentioned earlier, failure to cover dental procedures with antibiotics may lead to breast implant infection that presents with swelling and redness and hardening that becomes full-blown capsular contracture and requires the removal of the implant.

Cultures obtained from implants with capsular contracture have identified organisms that are typically not infectious but reside relatively protected from antibiotic therapy from the biofilm layer surrounding the implant.

There is also the fact that the patient is putting a foreign substance in their body. Even though it has been designed to be as biocompatible as it can be, it is still foreign to the body. Some people just react and form scar tissue and encapsulate the implants for no specific reason. They have had no untoward clinical thing that would be accountable and yet they harden anyway.

DOES INCISION MAKE A DIFFERENCE IN CAPSULAR CONTRACTURE?

The surgeon needs to plan the incision based on the type of implant they are using as well as the individual patient. As an example, patients who would benefit from a prefilled gel implant require a larger incision than is required for saline implants that are filled after insertion. This fact may direct the surgeon away from the use of a periareolar incision or axillary incision when larger gel implants are desired.

There have been arguments that going through the breast gland to put the implant in causes a higher chance of infection around the implant. This presumes that infected ducts are being violated in the dissection. Capsular contracture is not related to the choice of implant incision.

Using prophylactic antibiotics during the time of the breast procedure helps avoid an early infection.  Also, the surgeon needs to make sure that at the completion of the procedure the field is absolutely dry with no bleeding that can cause an accumulation of blood. If there is persisting oozing, the doctor needs to put a drain in to get the blood out.

After the operation, the patient needs to be observed for malposition. If the implant is high or low mobilization or support may be in order.

If the patient gets asymmetry with implant malposition and pocket restriction, the doctor needs to readjust the pockets and surgically release the area that has tightened. That will expand the space allowing the implant’s shape and the breast shape to immediately improve.

The opposite can also happen to patients. It can be overly expanded and sagging so the doctor will need to go in and actually tighten the pocket and suture it back into place. Either can occur and both are less involved than capsular contracture.

Drains are not normally required. One of the few times that drains may be of benefit is during a lift where glandular reshaping is required. It could also be necessary if the patient had a lumpectomy or partial mastectomy. In these cases there is going to be more oozing and bleeding around the implant. These are special situations that require a drain.

ARE COMPLICATIONS EVER TOO DIFFICULT TO RESTORE OR REVISE?

While there are always extreme situations that can arise, most breast implant complications need to be addressed and can be done safely. This could mean taking the implant out and leaving it out because the body of the patient is not tolerant of it.

There are patients who come in with health issues where putting them to sleep is not safe. The doctor needs to judge what is right for the patient'soverall health before making a decision to do something to benefit their aesthetics. There may be instances where the surgeon just removes a breast implant if it is a recurrent problem and leaves it out. There are probably some patients who come in with breast implants where their health has deteriorated not because of the implant but for other reasons. Maybe they have cardiovascular disease or cancer and they are just going downhill. Those are patients where a doctor would not want to go in and address a breast issue when that would be more life threatening than the disease they have.

When it comes to breast implants, the degree of surgery is generally perfectly safe and most patients are totally tolerant of it. There are many factors to look at when deciding if a patient is a good candidate for breast augmentation.  They should seek advice in a consultation with a Board Certified Plastic Surgeon who has experience with breast implant surgery.

Based on an exclusive interview with Steve Byrd, MD in Dallas, TX

The desire to have breast implants placed in the body is shared by women who want to gain a bigger size and contour to the breasts. The size of...... Read more >

There is nothing like the joy and miracle of getting pregnant and having children. But the aftermath of giving birth can sometimes suck out the...... Read more >