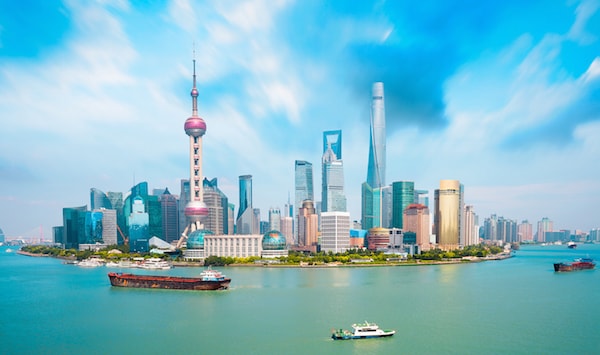 The plastic surgery industry continues to grow in China due to several factors including the desire to look good on social media, a rise in income levels and Western culture creating the desire to have “Western-looking” noses.

A Chinese Surgeon and Patient Speak Out

One of the most popular facilities in China is Shanghai's private Huamei Medical Cosmetology Hospital. This facility has four stories and features a peaceful roof garden complete with a tea house. Inside the building, patients undergo a variety of procedures including breast augmentation, bone shaving and pubic hair transplants.

According to SoYoung, an app that uses data from several sources, 14-million Chinese citizens are expected to have cosmetic surgery this year. This is an increase of 42\\\% from last year.

Li Jian says "Most Chinese people believe the thinner the face or nose, the more beautiful they look. Some people want to make their appearance more beautiful when they take pictures of themselves. So they want themselves to become more European.”

One patient, Sun Yibing, is 22 years old and underwent her first procedure at the age of 17. Since then, she has undergone a dozen additional surgeries on her eyes, jaw, nose and temples. She now has rounder eyes as well as a sharper appearance to her jawline and nose. She admitted that she “got addicted to surgery and yet was never satisfied with myself. I am not against plastic surgery but you have to be yourself instead of turning into others.” When asked why so many people in China are trying to have plastic surgery, she blamed minor celebrities who became famous on the Internet for singing and dancing about their surgeries. She fears the desire to make money from the demand for plastic surgery is leading to poorly trained surgeons joining the industry. "A couple of years ago people still were quite conservative about having cosmetic surgery but I am afraid that the plastic surgery industry is a mess now with good and bad clinics mixed so customers don’t know what is what.”

South Korea – A massive reason for the growth in the Chinese plastic surgery market is the influence of South Korea where plastic surgery is a part of daily life. Nose jobs and double eyelid surgeries are very common in South Korea and are often given as high school graduation presents. This means that younger Chinese consumers who wish to keep up with their idols tend to want plastic surgery to change their features to look like their idols.

Selfies and Pragmatism – Another influence in the increase in Chinese plastic surgery is the increasing ‘selfie’ culture as well as pragmatism. Increasingly, employment opportunities include taking photos during the interview process. Many people openly discriminate on job applications based on looks. Live streaming apps mean that people can pass judgment quickly and those who wish to break into the world of Internet stardom and become a Chinese opinion leader need to look the part.

Surgery Apps – Unlike many other countries, plastic surgery apps are the most commonplace way to find different surgeries for Chinese consumers.  The online craze has meant that many companies turn to social media in order to differentiate. In recent months, Tencent invested in a Chinese surgery app at a cost of around $50-million. The company is valued at $462-million (around 3 billion yuan). So far, the app has 10 million downloads and they are attempting to enlist 200 different surgeries and thousands of plastic surgeons.