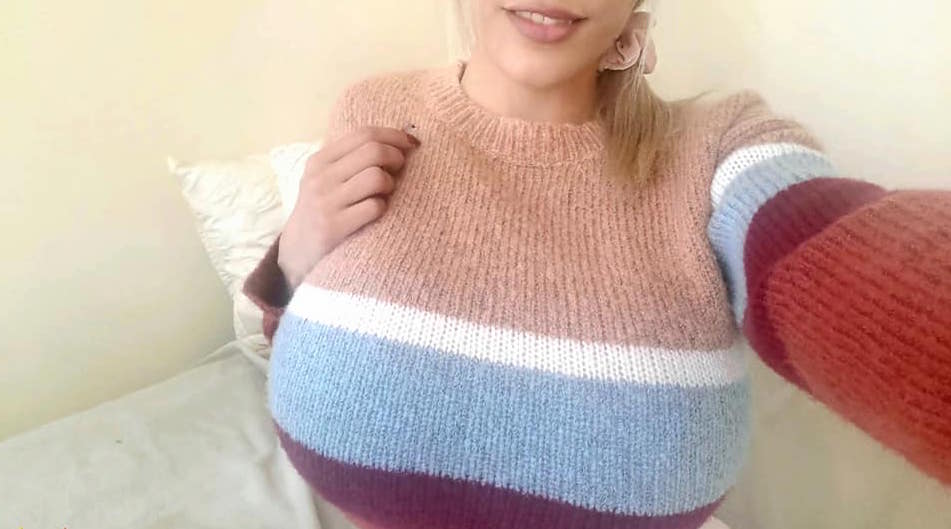 When it comes to the breasts, some women feel that bigger is always better so they have breast augmentation to increase the size of their breasts. The idea that “bigger is better” certainly applies to 24-year-old Amber Alena. Amber is a cam-model as well as an adult film actress. Alena recently made the decision to increase the size of her breasts from a B cup to the very large N cup.

Model speaks Out about Her Breast Augmentation

When asked how she feels about the results of her breast implant surgery, Alena says she has never been happier even though the procedures to reach an N cup cost her over $20,000.

Alena says that her decision to have the size of her breasts increased was not done to further her success in her current profession. Instead, she decided to have the surgery for her own “benefit and happiness”. During a recent interview, she added, “I got them for myself and no other reason. My chosen professions could easily be done without surgical enhancements.”

Alena reported that her new N cup breasts are not causing her any type of discomfort or pain and she feels that part of the reason they don’t cause any pain is because she has found ways to support the large implants. She tries to exercise a lot to help support the weight of the breasts because her breasts are “considered very large, but there are other women who have much bigger breasts.”

When she was growing up, Alena says she was frequently judged by others because of her appearance. She remarked that her “facial features and aura always generated a love/hate view”. It has taken her many years but she is finally learning to be more confident and ignore those people that she views as “haters”.

While she wishes that people would be less judgmental when viewing others, she has reached a point where she does not care how other view her appearance.

After receiving her size N cup, Alena started to post photos showing off her new breasts while also ignoring any criticism that comes with her new appearance. She has reached the opinion that life is too short to worry about the opinions of others. There will be people that like, as well as appreciate, her new appearance after surgery. Alena feels that, as long as people do what makes them happy, it does not matter what other people think.

When it comes to where the breast implants are placed in the patient, they can be placed under the muscle (submuscular) or above the muscle (subglandular).

The type of breast implants used depends on the anatomy of the patient as well as the desired final results.