Marc Jacobs is known for his designs as well as his open attitude towards sharing his life with the public. The 58-year-old designer recently had a facelift and it is no secret since he has been documenting his recovery process on Instagram. Let's take at why he decided to have plastic surgery as well as why Jacobs has not felt the need to hide this news from his fans.

During an interview with Vogue magazine, Jacobs noted that being transparent and honest with the public is simply second nature to him in his daily life.

To prove his transparency, one only needs to follow the designer on Instagram as he recently posted a selfie of his face wrapped in bandages. He also posted a photo where he was in a hyperbaric chamber (which releases concentrated and pressurized oxygen that permeates all areas of the body). He told his followers, "I've got some scars around my ears, and my face is swollen, and I have a bruised neck, but I'm still posting on Instagram."

Marc Jacobs - Open in the Past about Cosmetic Procedures

The fashion leader is no stranger to cosmetic surgery. Marc Jacobs stared having work done on his appearance years ago with procedures such as a thread lift and Botox. He has also maintained an "open door policy" by sharing this information with the public.

"Like, once when I went to an event with a baseball cap, and people asked me, 'Why are your wearing a baseball cap?' And I said, "Well, I just had a hair transplant.' People were amused and amazed that I answered."

During the recovery process from his facelift, Jacobs has been sharing the ongoing results of the procedure. He has also been using hashtags to make his fans laugh including #heckofaneck and #cruisingnotbruising.

Even though he claims that his open attitude and candor is just a normal part of his personality, Jacobs does realize he stands out from other public figures by discussing the changes he is making to his body.

"It seems so crazy when an actor or public figure denies that they've done something. And they say like, 'Oh, it's olive oil. I bathe in seltzer.' It's like, come on. Like all those things might be true, but they're not why your neck is tight."

Following his posting of his post-surgery selfies, Jacobs has received a large number of comments supporting his surgery as well as thanking him for his honesty and open nature. "I think you just need to start a conversation, and them maybe that will have a resounding echo that helps people feel less ashamed. I just don't think there's shame in being vain."

Even though Jacobs claims to be happy with the results he has seen so far from his facelift, the designer did note "I don't think I look bad for 58 years old. I didn't feel like I had to do this."

When it comes to having a facelift, Jacobs compares it to other forms of "self-care". In addition, he wants to reduce the type of public stigma that surrounds patients who make the decision to have any type of cosmetic procedure.

Facelift - How it Provides a More Youthful Look

The most common type of facelift surgery is the traditional full facelift, and this procedure is performed to improve the aesthetic appearance of the face of the patient. The traditional facelift surgery is an ideal option to address the areas on the full face of the patient that are impacted by the aging process. A traditional facelift works to reverse the sign of aging that appear on areas of the face such as the section below the eyes, sagging or droopy cheeks, lines that form around the mouth and the amount of excess skin and fat that is located in the jowls.

The surgeon will pull the skin upwards in order to address the amount of excess fat under the skin. The excess fat is either removed or repositioned by the surgeon. In addition, any excess skin is trimmed, in a precise manner, so the facial features of the patient are not permanently altered.

Once the desired changes are made by the surgeon, the lifted skin is then re-draped back onto the body so the incisions can be closed by the surgeon. In general, the results will last anywhere from 10-20 years, but patients should know their face will continue to age. In addition, gravity can still have an impact on the facial skin and cause it to sag since the aging process continues to happen to the patient. 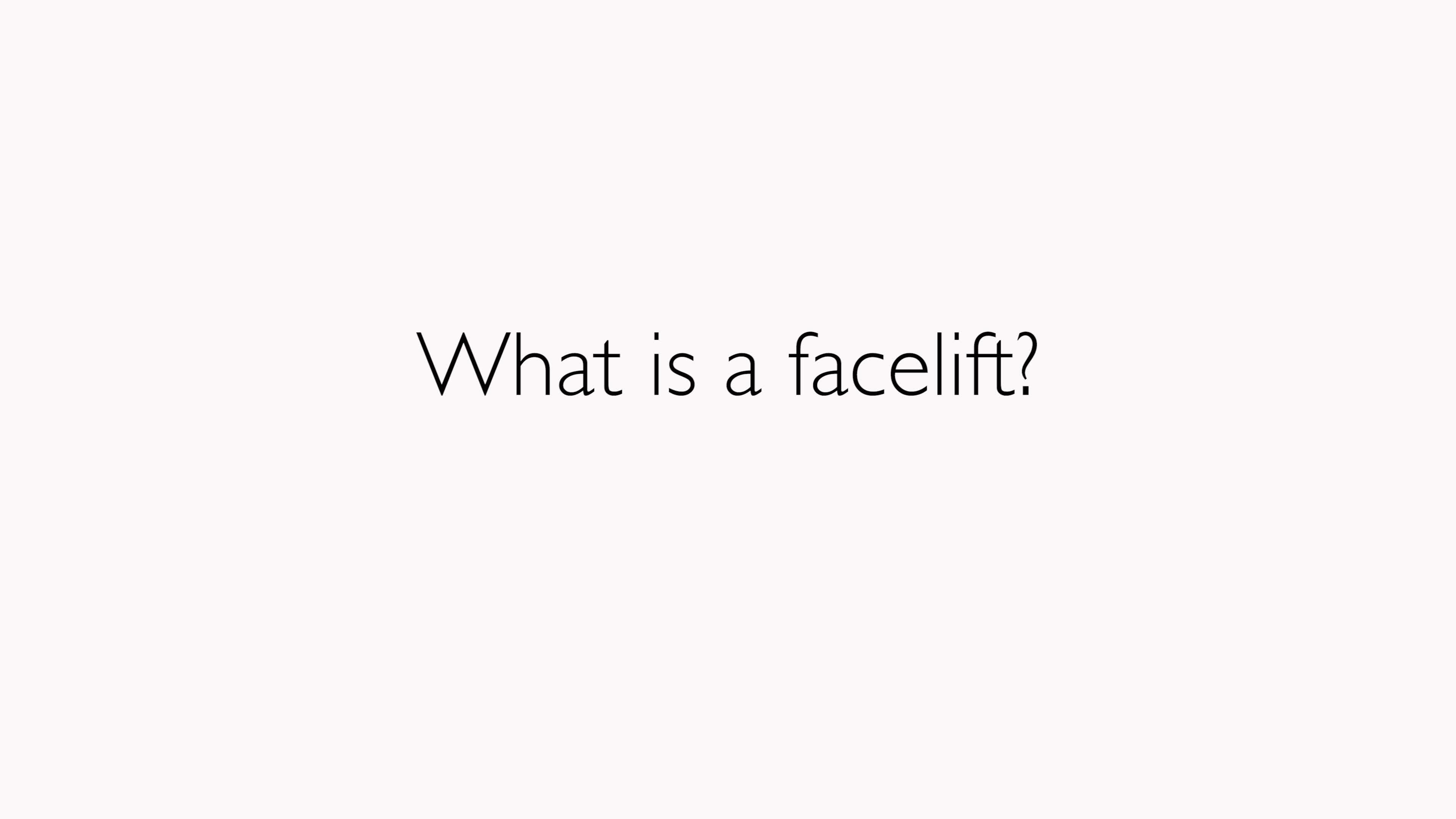 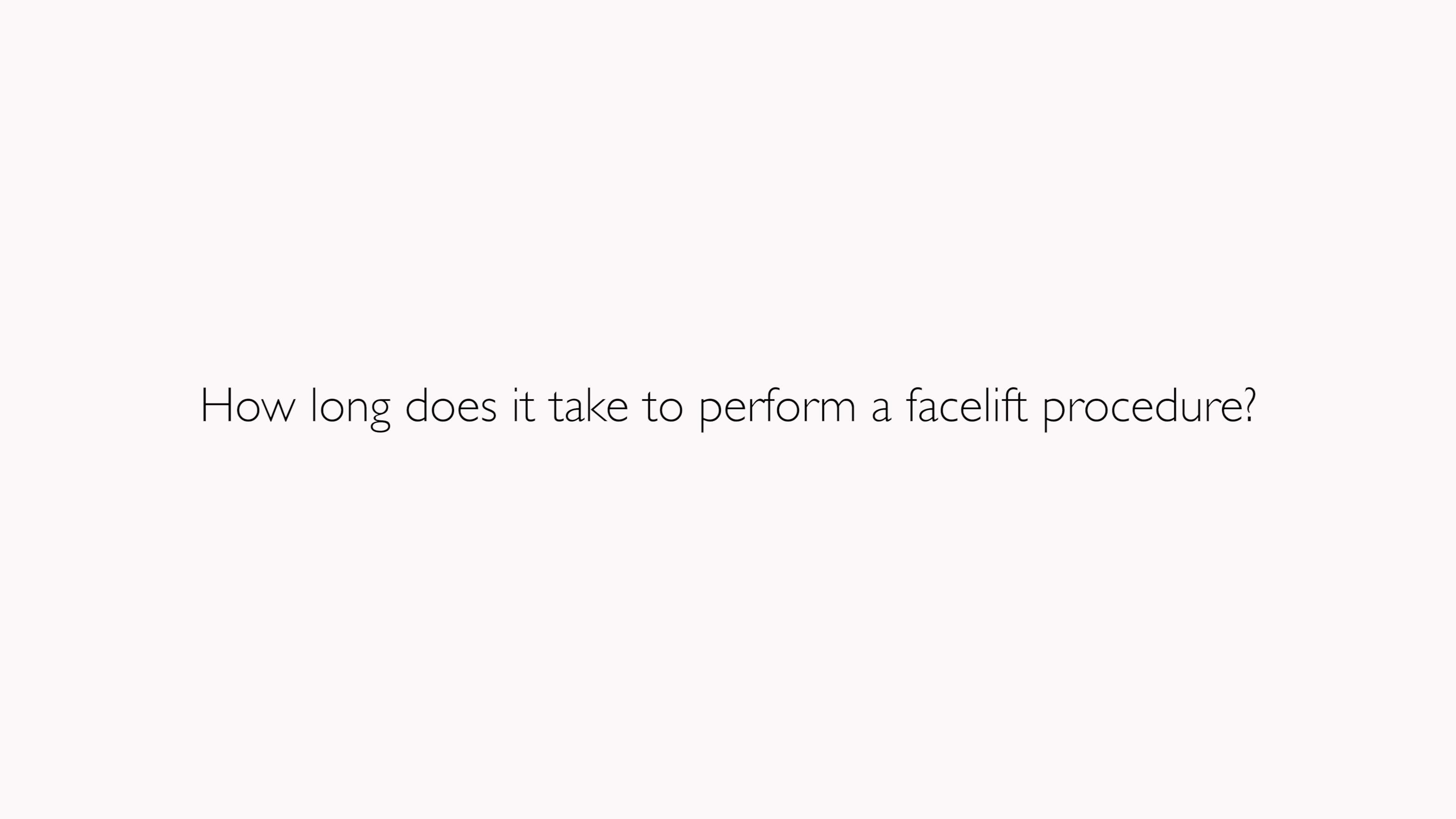