The answers are revealed when you read this article.

Jennifer Aniston, who is one of the current stars of “The Morning Show” revealed to the public that she did have rhinoplasty, AKA a nose job, back in 2018. She told an interviewer that she had rhinoplasty surgery in 2018 to “correct a deviated septum that was incorrectly done over 12 years ago” which means this procedure was actually the second surgery on her nose.

The decision on the part of the actress to address the deviated septum was first discussed back in 2007. At the time, she told a reporter, “It’s funny. I had [a deviated septum] fixed – best thing I ever did. I slept like a baby for the first time in years. As far as all the other [rumors], as boring as it sounds, it’s still mine. All of it. Still mine.”

The old appearance of her nose also surfaced online in 2018 when Mayim Bialik, one of the current hosts of “Jeopardy,” posted an old photo of herself and Jennifer Aniston on Instagram. The caption for the photo said, “Yes, this is me and Jennifer Aniston in my childhood bedroom. We did a show together before I did Blossom.” 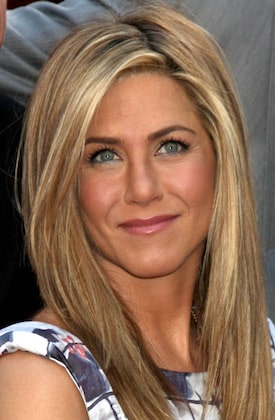 The discussion about a possible nose job is not the only time her appearance has been the subject of cosmetic surgery speculation. In 2014, she spoke out about the use of injectables, such as Botox, and the issue of aging as an actress in Hollywood. “There is this pressure in Hollywood to be ageless. I think what I have been witness to, is seeing women trying to stay ageless with what they are doing to themselves. I am grateful to learn from their mistakes because I am not injecting s—t into my face. I see them and my heart breaks. I think, ‘Oh god, if you only know how much older you look.’ They are trying to stop the clock, and all you can see is an insecure person who won’t let themselves just age.”

Since she is one of the most famous actresses in Hollywood, there is always gossip and speculation about multiple perceived changes in her appearance. She addressed the gossip about a possible breast augmentation procedure in 2006 by confirming that she never had any type of breast enhancement surgery such as the placement of breast implants in the body.

“No boob job! You know what it’s called? It’s called 10 pounds.” She went on to add, “Here’s what it is, this is the funny thing, you’re either, ‘Oh, look at the bump,’ and they circle the bump and there’s an arrow. But instead, it’s like, you know, maybe a couple cheese plates too many.”

Within the next year, Aniston said, “Short of letting everybody have a feel, I don’t know what else to do. I really am pretty happy with what God gave me.”

Celebrity Plastic Surgery – Does Anyone Admit to it?

When it comes to celebrity plastic surgery procedures, not all actors are open books and willing to discuss the topic (like Jennifer Aniston). Many actors are not willing to talk about the changes in their appearance because they either do not want any attention on their appearance or they do not want to appear to be vain and worried about the aging process. Instead, many celebrities make the decision to simply act like their look is natural which can be a problem if any of their fans decide to try and gain the same appearance. If they do not know that their favorite celebrity has had medical help to achieve the desired look, they might not take the right steps (naturally or with cosmetic surgery) to try and look like the star in question.

It is almost always better if a celebrity admits to having plastic surgery as it lessens the possible stigma surrounding the decision to have a cosmetic procedure. If a celebrity is open and honest with their fans, they will be viewed in a favorable light by the public and also not have to worry about spending all of their time making sure that the real reason behind the change in their appearance is hidden from the public. Jennifer Aniston has been open with her fans and they now know the reasons behind her youthful appearance.