Facial Plastic Surgery - Why is it Performed?

A facelift, which is also known as a rhytidectomy, is a surgical procedure that allows patients to address issues of aging that are visible to others in the areas of the face and the neck. In general, a facelift is performed in order to reduce or eliminate excess facial fat and also tighten the muscles of the face to provide a look that is smoother and firmer in appearance. While it can be performed to provide a more aesthetically pleasing, rejuvenated and youthful look to the face, there are also medical reasons for facial plastic surgery as well. Let’s take a look at some of the most common reasons why facial plastic surgery is performed.

Some of the medical conditions that could be diagnosed as needing facial plastic surgery to treat them include a cleft lip, a birthmark or some form of accident or trauma to the face.

Patients that want to have facial plastic surgery, such as a facelift, often have the procedure to improve the appearance of sagging skin or jowls that have developed in the area of the jaw and neck. In addition, they might want to get rid of loose skin and excess fat that causes the appearance of a double chin. Some people also get deep lines that appear near the nose and the corner of the mouth that can be reduced by a facelift.

Since a facelift is considered to be an elective procedure, there are many patients that can choose to have this non-medically necessary procedure. Ideal candidates for a facelift include:

A person that wants to undergo a facelift should not be an active smoker as smoking can slow down the healing process. The person should be in overall good health and not suffer from any conditions such as body dysmorphic disorder. The patient should also be able to tolerate anesthesia as this will likely be used during the surgical procedure.

Doctors have multiple techniques they can use when performing facial plastic surgery. They include:

Besides the obvious physical and aesthetic benefits provided by facial plastic surgery, the results can also give a person an improved self-image and increased self-confidence.

It is important that the doctor set realistic expectations when it comes to the final results. A person that enters into the process thinking they will have results that make them look decades younger will likely be disappointed by their altered appearance.

Before making the final decision to have facial plastic surgery, patients should take the time to voice any concerns they have as well as ask any questions their have in mind about the procedure. An informed and educated patient is one of the best types of patients when it comes to having any type of plastic surgery. 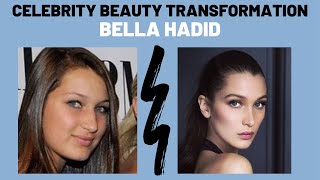