Does Kylie Push Plastic Surgery on her Friends

Fans of the Kardashian/Jenner family know these reality TV stars have changed their looks over the years and this is true of one of the youngest members of the family, Kylie Jenner. Besides the physical changes in her appearance, her personal life has changed with the birth of her daughter and the fact that Jenner is the youngest billionaire in the world. Jenner has also been followed by plastic surgery gossip about the changes in her appearance. While she has admitted to having some procedures performed on her appearance, it has also been speculated that many of Kylie’s closest friends are following in her plastic surgery footsteps.

Some of the plastic surgery gossip that has surrounded Kylie includes breast augmentation and facial enhancement procedures. Many celebrity watchers started wondering about her appearance once Kylie started to wear makeup and look like a more mature person.

Jenner spent a lot of time denying cosmetic surgery gossip about her appearance until earlier this year. In an interview with Paper magazine, Kylie discussed the fact that makeup, hair and some filler in her lips and other areas of her face were the reason she has been able to achieve her current look.

She told the magazine, “People think I fully went under the knife and completely reconstructed my face, which is completely false. I’m terrified. I would never. They don’t understand what good hair and makeup and, like, fillers, can really do.” 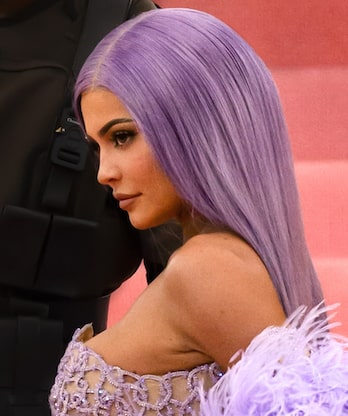 In addition to the procedures listed above, Kylie also had LASIK (laser eye surgery) but this is not a procedure she had on her own.

Back in October, Kylie Jenner had LASIK eye surgery at the same time as her best friend, Stassie Karanikolaou. Stassie even shared the entire process on her YouTube channel. Many people were confused why the two friends would have the surgery at the same time. In the video, they revealed that the two of them have always wanted 20/20 vision and they finally worked up the nerve to have the LASIK procedure performed.

After the surgery was completed, the two best friends threw a party to celebrate their “birthday of sight”. They wore matching latex dresses with giant eyeballs on them to celebrate the occasion.

While having a LASIK procedure at the same time showed how close the two best friends are with each other, this is not the only time Stassie had cosmetic surgery to alter her appearance.

Stassie recently took to Instagram to tell the world that she decided to switch her breast implants out for a smaller size.

On Instagram, Stassie wrote “If you follow my youtube, you know that I switched my implants for smaller ones!” She went on to thank the plastic surgeons that performed the procedure “because I’m so happy with the results…and no this isn’t an ad lol”.

Does Kylie Make Her Friends Get Plastic Surgery

Even though plastic surgery seems to be performed on a regular basis on the members of the Kardashian/Jenner family, it does not seem like they push their friends to take part in their plastic surgery procedures.

Even though Stassie has decided to have some work done on her appearance during her time as Jenner’s best friend, there does not seem to be any indication that Kylie had anything to do with Stassie’s final decision to get breast implants as well as her decision to have her original set of breast implants switched out for smaller breast implants.

It remains to be seen if, and when, Kylie Jenner decides to have additional plastic surgery procedures performed to alter or enhance her appearance. As mentioned above, she comes from a family that is well-known for having cosmetic surgery on a regular basis and many members of the Kardashian/Jenner family look very different from when they first appeared on the reality TV scene.

Kylie Jenner is only 22-years-old which also means that some of her features might still be developing and growing as she continues to age. It will be interesting to see which of her features she does not alter and which parts of her body she will decide to enhance with plastic surgery. It will also be interesting to see if she decides to admit to undergoing any type of plastic surgery if she looks different on the red carpet in the future.

&ldquo;Bow and Arrow&rdquo; technique for lip enhancement is a cosmetic treatment that uses filler injections in the lip area to enhance the size, bal...... Read more >