Cosmetic Surgery Popularity in Latin America - Find Out Why

Cosmetic Surgery in Latin America by the Numbers

The impact that the coronavirus pandemic will have on the 2020 numbers remains to be seen as data from last year has not been released. There will likely be some changes in the number of procedures performed in various countries around the world due to COVID-19 lockdowns and medical offices being closed due to public safety concerns. 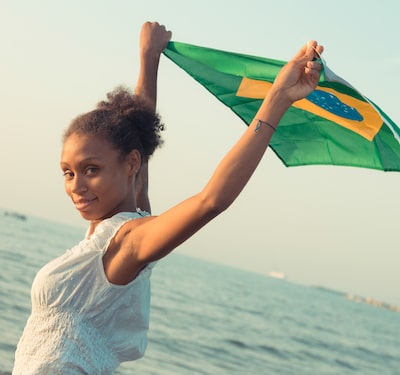 Even with the negative news reports about Latin America plastic surgery, patients did not stop seeking out certain cosmetic treatments. One newspaper interviewed a Mexican patient who had both buttock augmentation and breast augmentation in 2019. In addition, this same patient decided to have liposuction and an abdominal lipectomy. The patient told the newspaper, “I got the chills just thinking about it. I was about to enter the operation room, lose consciousness, and wake up being someone else. However, I had already made my mind up and had my mother’s support during all of it.”

The growth in popularity of procedures such as the ones listed above is due in part to the reforms of the General Health Law and the growing influence of the Mexican Association of Plastic Surgeons. The reforms and Association influence have allowed younger patients to undergo plastic surgery no matter the cost to their bank accounts.

One patient said “I had to pay a large sum, sure, but I see that as an inversion. I invested in beauty and self-esteem. Nowadays, I feel comfortable with my new me, and even my friends and family have noticed the difference.”

In addition to wanting to gain a look that is younger and rejuvenated in appearance, plastic surgery in Latin America continues to be a popular option for patients who have suffered a severe accident or have a large amount of burns. These accidents or burns have often left the patient disfigured or maimed in appearance. Besides providing an improved aesthetic appearance to the conditions on the body, these patients also enjoy an improvement in their self-confidence and self-esteem.

According to 2019 numbers released by the American Association of Plastic Surgeons, there were 20 people that died out of every 100,000 liposuction procedures that were performed around the world. Before patients make the final decision to have cosmetic surgery, they need to be aware of the various risks involved in having a procedure.

Dr. Esteban Waliszewski Zamorano, a medical school graduate from the Universidad Veracruzana, said “I only recommend a surgery so long as the patient knows all the possibilities, be it positive or negative, as well as any possible therapeutic options. When a patient wants more lasting changes, I recommend them the surgery, but it depends on each person. However, surgery and cosmetology are not substituted for one another, but in fact, are compliments.”

Patients that do not want to undergo any kind of invasive plastic surgery procedure, such as a facelift or breast augmentation, have many options available to them that are not invasive in nature.

Dr. Esteban Waliszewski Zamorano stated that “Procedures such as platelet-rich plasma, facial mesotherapy, highly focused ultrasound and Botox, among others, are options for those who do not want to go to an operating room.”

Patients in Latin America, as well as other popular cosmetic surgery destinations around the world, should schedule a consultation appointment with a board-certified doctor that is experienced in performing the desired treatment. The doctor will examine the patient to make sure the person is in good health and an ideal candidate for the procedure. The doctor will also examine the current condition of the area of the body that the patient wants to see altered or enhanced. If the doctor does not think the desired results can be achieved by a certain procedure, the surgeon will either suggest an alternate treatment or set realistic expectations for the final results.