Movie and TV stars in Hollywood are well-known for trying to remain youthful in appearance so it is no surprise that some of them have turned to plastic surgery to alter or enhance their look. Some of the most popular plastic surgery procedures celebrities have include rhinoplasty, breast augmentation and Brazilian butt lift (BBL) along with cosmetic treatments such as Botox and fillers. When it comes to celebrity plastic surgery, there are some stars who are open with the public about the changes they made in their appearance. Others try and keep their procedures secret from the pubic and there is some discussion about whether or not this is harmful to their fans. 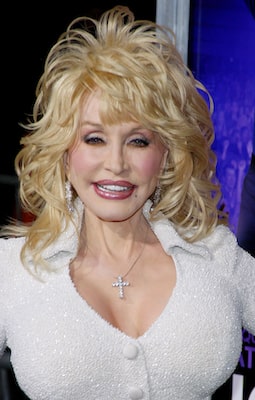 There are some celebrities who do not mind sharing their plastic surgery news with the public. For example, Dolly Parton once famously noted “if something is bagging, sagging or dragging, I’ll tuck it, suck it or pluck it.” Kaley Cuoco admitted to having breast implants at the age of eighteen.

Courteney Cox has discussed “looking really strange with injections and doing stuff to my face that I would never do now.” Her appearance changed so much that she realized she had “to stop. That’s just crazy.”

Kylie Jenner is another example of someone who spent a good amount of time denying gossip that she had lip fillers before finally admitting having fillers placed in the lips. She later shared she has regrets about lying and Jenner wishes she had “just been honest and up-front.”

Celebrity Plastic Surgery – Some Stars Never Admit to a Procedure

Thanks to the growth in popularity of treatments that give more subtle results such as Botox and fillers, it is not always easy to tell if a celebrity has made changes to their appearance. Having said that, does it matter if a person altered their look? Plus, does the public have a right to know if the appearance they are trying to copy was created through the work of a plastic surgeon?

In an interview with USA Today, a Beverly Hills plastic surgeon said there is a difference between making the decision to not discuss a procedure and just outright lying about having plastic surgery. The doctor told the newspaper, “Many celebrities look good naturally, but many also have work done. And when they’re not honest about it, I think they’re being unethical because they’re in the spotlight. They’re benefiting from being a celebrity and have a moral obligation to be transparent about anything they’ve had done that helps them achieve a certain look.”

One of the reasons celebrities who do not admit to cosmetic procedures are criticized is that they could be promoting unrealistic beauty standards. If they do not share the fact their slim nose, plump butt or full lips were achieved with the help of doctors, that can make it harder for their fans to try and achieve the same look through natural means.

The head of research at the Mental Health Coalition told USA Today, “The psychological pressure to meet societal beauty standards can be difficult to manage, especially because it can leave you feeling like you’re never good enough. The head of research added that these beauty comparisons can be considered “a rigged race that’s unwinnable.” The inability of the public to meet these beauty standards, including young girls, can result in lower self-esteem or a negative body image. “If you are made to believe that you won’t be good enough without meeting a standard, and that standard is unmeetable, it can leave you questioning your self-worth, which can negatively impact mood, relationships and general mental health.” 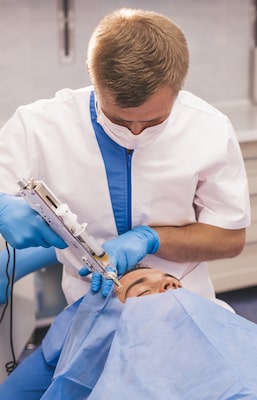 It should be noted there are celebrities who are not hiding their plastic surgery from the public because of their ego or a desire to be viewed as being naturally perfect. They might simply be experiencing the same doubts and self-esteem issues as the general public. Movie and television stars are often held under a microscope when it comes to their appearance which makes some of them doubt their self-worth.

The act of admitting to cosmetic work takes courage and a certain amount of vulnerability on the part of a person whether they are famous or not. Anyone who is unsure about admitting to plastic surgery should realize it is a brave act that has the possibility of helping others make a decision about their appearance.

There are times when it might be best to unplug from social media for a little while and place some distance from news about celebrities and their looks. The public can stop following social media accounts that make them feel bad about their appearance in order to separate who they are from what others look like online. The act of unfollowing online accounts can be an ideal to way to eliminate any potential triggers when it comes to self-doubt and concerns about their appearance.