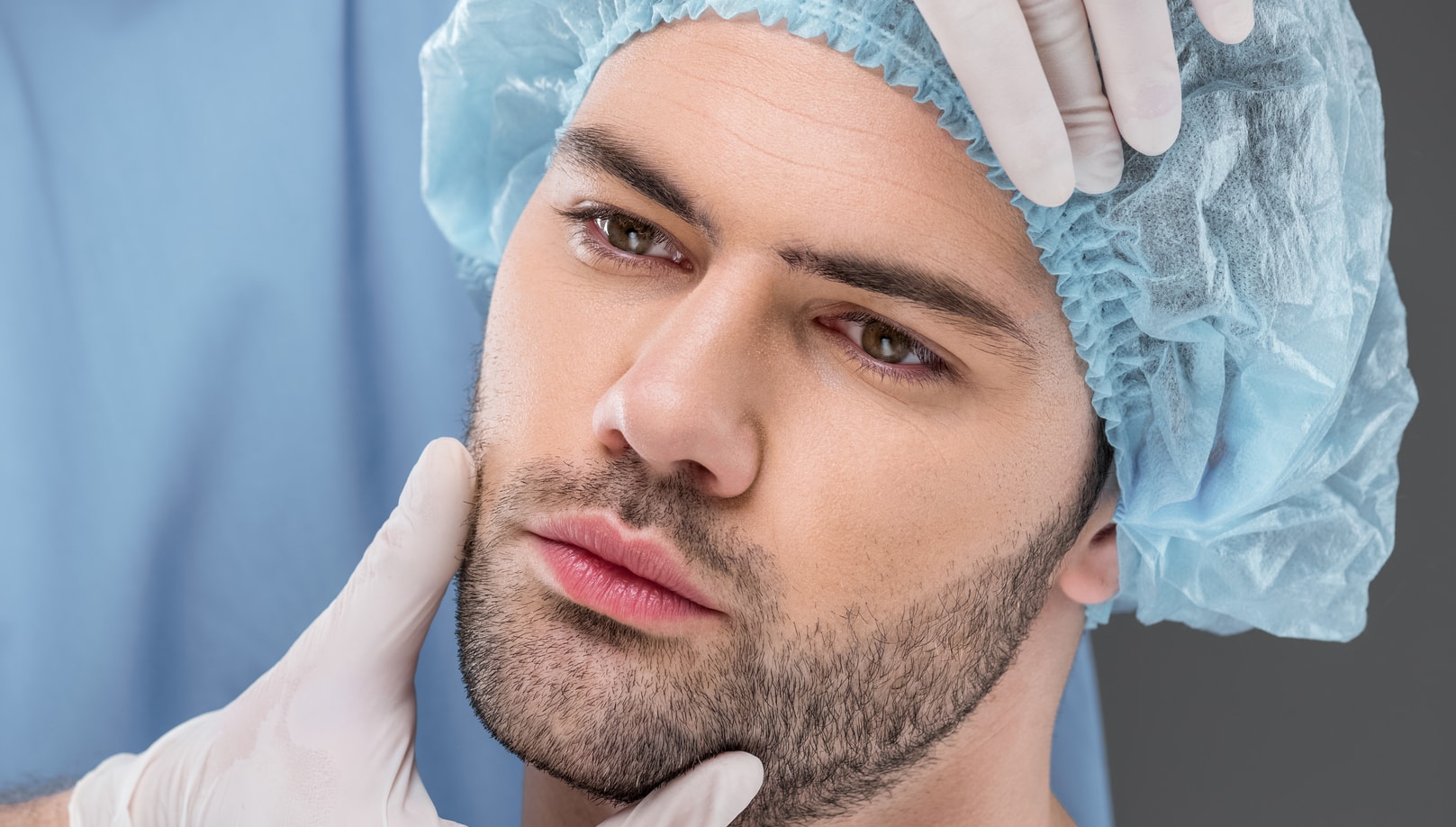 A facelift procedure can vary depending on the surgeon. Surgeons usually divide the face into the upper third, the middle third, and the lower third.

The facelift procedure removes the excess skin in that region as well as re-suspends the muscles of the middle and lower third of the face and the neck line.

The facelift is done through an incision that is typically carried around the ear. For females, it goes around the tragus of the ear. The tragus is a small eminence of the external ear that is pointed.

The skin is separated from the muscle. There are multiple approaches to the facelift. Some people do a skin and muscle lift where the muscle is suspended with sutures and then the skin is brought back so excess skin is removed.

Some people do what is called a deep-plane facelift where the muscle is divided and dissection is done above and below the muscle. That muscle is pulled back and resuspended and then the excess skin is removed.

A facelift is typically coupled with liposuction in the submental region. This is within the sort of turkey gobbler region and is done through a small incision underneath the chin. It is very well-hidden. The liposuction is also typically coupled with platysmaplasty where the platysma, the muscle that suspends the neck, is sutured together to give a girdling of the neck suspension. It pulls the muscles in the back of the ear and also pulls the skin back to give a nice definition of the jaw line and remove excessive skin.

DIFFERENCE BETWEEN MALE AND FEMALE PROCEDURES

The technical aspects of the procedures are similar. Males pose certain challenges to the surgeon. The male skin is thicker so it is a bit more adherent and more difficult to elevate. Because of the beards in males, the skin is a lot more vascular. The hair follicles have more vascular supply and create more blood flow.

In males, doctors do not have that option. They cannot go behind the tragus because pulling the skin back brings the beard over the tragus and it becomes noticeable. Most of that incision is done right in front of the ear within the preauricular crease of the ear and then it goes around the lobule and behind it.

In general, most male patients want a less dramatic result than female patients. They definitely do not want the pulled back appearance and they do not want to look overly done. There is a balance between getting the best results and not doing too much.

The typical age group usually falls within age 50 and older. Some patients in their late 40s can have this procedure.

Another thing to consider is men in industries being flooded with a younger generation. They have lots of experience in their field but they are viewed as someone who is older. The procedure gives them a rejuvenated look so they may mask their age.

TURNING BACK THE CLOCK

In general with a facelift, anything around a 10-year difference in the way someone looks as opposed to their actual age is a good result. Depending on the amount of laxity, how much aging they have done and how much extra skin they have, patients can look 15-years younger.

Men do not want a dramatic difference. Normally, 7-to-10 years younger is ideal. It also gives a more refreshed look. They may look like they have lost weight or slept more. They just look more refreshed and not necessarily younger.

The amount of recovery time can differ between men and women because men have increased blood flow and tend to have more swelling. They also tend to recover faster.

Patients being mobile and moving around happens within the first few days. They have dressings on that keep blood from developing underneath the skin. Those dressings come off after a couple of days. At the 7-day time frame, the sutures are removed, and patients can go out in public.

Over the next few months, patients continue to heal under the skin but there is no limitation to their activities. Typically, they avoid doing strenuous activity and exercise within two weeks of surgery to decrease the risk of bleeding. After that, they can maintain most of their normal activities with little restrictions.

The results are pretty immediate. Within the first week, the dressing comes off and the patient can see the results. As the swelling continues to go down over the next week, it becomes much more evident. Over the next three months, they continue to heal under the skin as the results tighten and improve.

Touchup procedures are much less invasive than the original facelift procedure. They have a shorter recovery time and less swelling. The touchup procedures remove excess skin and re-suspend the muscles.

Risks with any surgical procedure include bleeding and infection. Those are controlled through meticulous surgical techniques and meticulous sterile techniques.

When it comes to male and female facelift risks, they are basically the same. That is just the inherent risk of the procedure itself. There is a touch more risk of bleeding for males because of the increased blood flow to the hair cells.

While a facelift procedure does not address the whole face, it is a good procedure that removes excess skin and gives a younger look to the patient. Consulting with an experienced doctor will help a patient decide if they are best suited for a facelift by itself or in combination with another procedure. The doctor can then discuss expectations with the patient to help them achieve the results they desire from the facelift.

Based on an exclusive interview with Hootan Zandifar, MD in Beverly Hills, CA