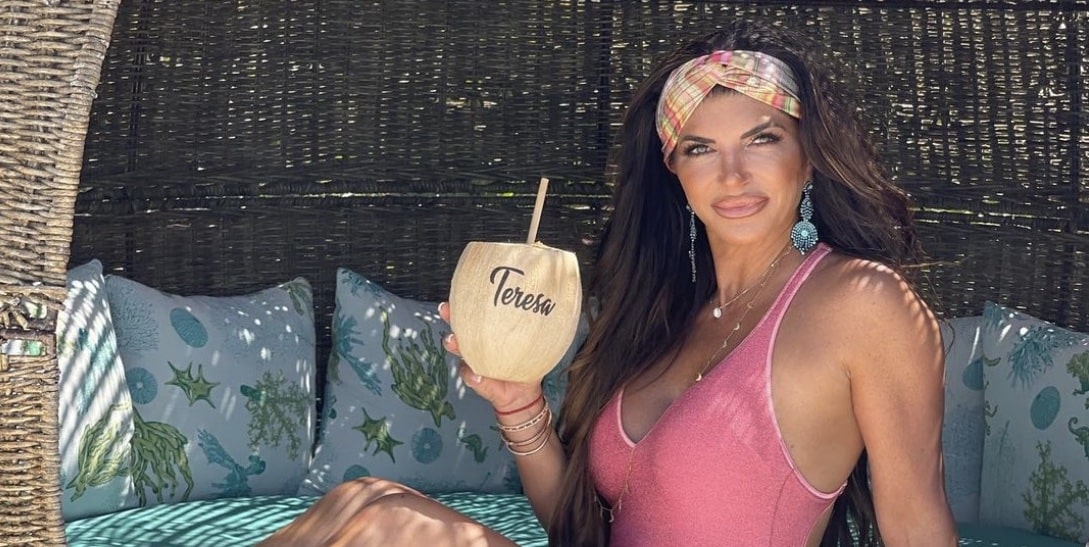 Reality TV is filled with people who were unknown by the public until their show premiered on television. They have gone from not being known by the public to overnight celebrities who have their every move watched by their new fans. A good example of this phenomenon is the “Real Housewives” franchise of television shows. One of the biggest breakout stars is Teresa Giudice from the “Real Housewives of New Jersey”. While many of the “Housewives” seem to have undergone plastic surgery at some point in the past, Giudice is facing backlash from her fans in the present for the new look of her lips (and face).

The 49-year-old reality television star is hearing from her fans, and the general public, after she revealed a new photo of her face on Instagram.

Giudice had teased her fans on Instagram by promising them she would soon be sharing details about her secret jewelry project. She told her followers, “I’ve been hard at work and my new project. Can’t wait to show you what I’ve been working on!”

In the photo that accompanied the post, her face was pouty for the camera and her look featured plenty of lipstick and false eyelashes. Some of the comments raved about her “beautiful” looks and “flawless skin” as well as saying “You look incredible! Best of luck to you and your new venture.”

However, there were some negative comments including one that remarked on how she has undergone too much “plastic surgery and Botox”.  Other comments included some that claimed Teresa was “ruining” her appearance by using too many fillers. One man wrote that “Her lips look like a clown, she’s ruining her beauty” while another person added “She’s had so much work done.”

Some of her followers took their criticism a step further by saying Teresa showed a more natural beauty before having work done on her appearance. While Giudice said she was working on her jewelry line, another person joked she was “working on fillers and photoshop obviously. In addition, her “fans” said:

Reason for the Online Hate for the Real Housewife

The outpouring of comments about her looks started about a recent photo was posted of Teresa with her boyfriend, Luis Ruelas. Many of her fans said her look in the photo was “fake” and the result of too much editing and filters.

The outcry about the possible use of too much cosmetic surgery by Teresa is rather new as she has been open in the past about undergoing plastic surgery.

Teresa has been sharing hew new romance with her fans and decided to share a selfie of the couple. Her fans were not happy with the photo as they took to Instagram to comment on the picture.

Some of the additional comments included “Seriously, she even had her hairline pushed back photoshopped on this pic”, “Holy holy macaroni PHOTO SHOP REAL PHOTO PLEASE”, “Right?! She looks plastic…I think she ran out of filters” and “Exactly so why do the fake yucky photo garbage shop”.

In January of 2020, Teresa discussed the topic of cosmetic surgery with the public as she showed her support for anyone making changes that gave them a greater amount of confidence. One of the plastic surgery procedures she discussed was her breast augmentation procedure. “I believe it’s important to always stand strong and feel like your best, most confident self.”

While she was nervous about having work done on her breasts, she was pleased with the final results of her breast augmentation surgery. She added, “I encourage anyone who doesn’t feel their best self to work on feeling better. Even if it is the smallest thing. If it is something that requires cosmetic surgery to feel better.”

Beyond having plastic surgery on her breasts, Teresa has also admitted to having lip fillers injected into her lips to give them a larger and more prominent look.

While her fans might not be pleased with her current appearance, it appears that Teresa is living the words that are quoted above and is making changes that help her feel like she is being her “best self”. It remains to be seen if she will make any additional changes in the future but Teresa can be certain that her fans will share their opinions on her ever-changing appearance.