The topic of plastic surgery is one that is often discussed among the public. If anyone looks on social media, they will see before-and-after photos of both celebrities and the general public, people playing with filters to show what they would look like after plastic surgery, and even patients sharing their firsthand experiences with those watching a video. The increase in discussions about plastic surgery leads to another topic of conversation about whether plastic surgery has become an open topic among the public or whether the discussion is a side effect of the pandemic.

Plastic Surgery and the Pandemic 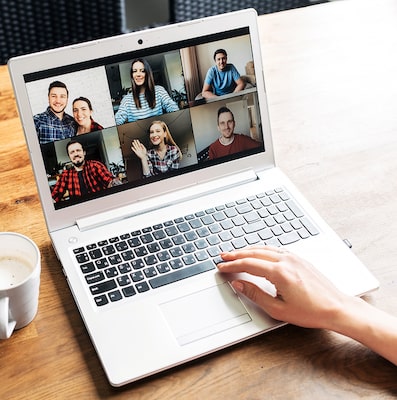 It is safe to say that 2020 will be hard to forget as the pandemic occurred and businesses across the country were forced to shut down or send their workers home to work remotely. This also led to the rise of “Zoom dysmorphia” which was caused by workers spending multiple hours each day looking at their appearance on a computer screen and not being happy with what they viewed on a daily basis. The dissatisfaction in their appearance led to an increase in interest in cosmetic surgery procedures.

In the past, there was definitely more of a stigma about the topic of plastic surgery. No matter the social status of a person, it was a topic that was normally discussed behind closed doors in a private conversation. The attitude towards plastic surgery seems to be changing as more people are now willing to admit to having a procedure or they are at least willing to admit that they are interested in the topic.

Plastic Surgery – An Increase in the Number of Procedures

When it comes to the rapid increase in plastic surgery, much of the credit must be given to social media along with the willingness of people to openly discuss cosmetic surgery procedures. TikTok has become a big factor in the plastic surgery discussion as plastic surgeons and other medical professionals are able to post videos that spotlight procedures and make information readily available to a wider audience. Doctors are able to bring their cameras into a treatment room and surgical centers and show exactly how certain procedures are performed.

The Answer to the Question in the Title of This Article

Now that this article has shown that information about plastic surgery is easier to get (and view) than ever before, the answer to the question posed by this article might be more people are having plastic surgery performed because they are no longer afraid to talk about the topic.

The subject of plastic surgery has moved from being a topic that people whispered about behind closed doors to being posted about on social media on a regular basis. Patients no longer need to schedule a consultation appointment with a doctor to get information about a procedure. All they need to do is look at their phone and the starting point for the information they seek will be in their hands. From medical professionals going in-depth about a procedure to patents filming videos that showcase the changes in their appearance, social media has helped to normalize the conversation about plastic surgery.

There are certainly patients of all ages who are sharing their plastic surgery journey but the largest groups that are leading the conversation are millennial and Gen Z patients. In general, the more plastic surgery is discussed, the less mysterious or taboo it seems to the public. In turn, more people are willing to share their own experiences and personal stories with their friends, family, and the audience on social media.

It is certainly not correct to say that social media created the trend of people being willing to discuss plastic surgery. However, it is fair to say that social media has been a big supporter of this trend as it gives the public an easy to access platform to share their knowledge and results. Social media has helped lessen the stigma surrounding plastic surgery to the point that people are less afraid of being judged by others for wanting to have a procedure.

Finally, the ability of plastic surgery to provide patients with a natural look means others will likely not suspect that any type of procedure was performed by a plastic surgeon. More people than ever before are enjoying enhancements and tweaks to their look while still being able to go about their daily activities secure in the knowledge, they will not have to worry that their friends or family will have any idea they had any type of plastic surgery performed on their body.