Even though the TV show “Friends” premiered in the 1990s, the fascination with the cast remains at a high level. The actors recently got back together to film a reunion special for HBO Max which will give their fans a chance to view how they look after all these years. Did any of these stars have plastic surgery to alter or enhance their appearance? Take a look below to see speculation about how the cast has been able to turn back the hands of time.

“Friends” – A look at Their Appearance (One by One) 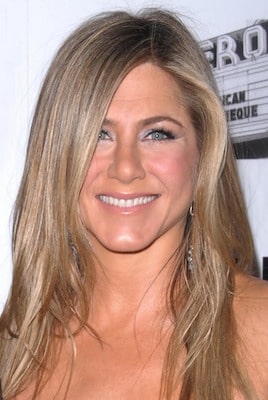 Jennifer Aniston – When discussing the woman that is considered to be the most popular and successful member of the cast, Jennifer Aniston has been the topic of plastic surgery speculation for years.  Her youthful look has caused many people to believe Jennifer receives Botox on a regular basis to reduce the appearance of fine lines and wrinkles on her forehead and around her eyes. Beyond providing a more youthful and rejuvenated look to the face, Botox can also be used as a preventative measure to slow down the effects of the aging process on the face.

In addition to her suspected use of Botox to remain youthful in appearance, Jennifer has been quite open about having rhinoplasty at a younger age. In her twenties, the actress had a procedure performed on her nose in order to correct a deviated septum. It is also believed that the work on her nose gave it a look that has a more slender bridge and tip than was visible in the past. Her nose is nicely balanced with the other features of her face which gives it a very natural look. 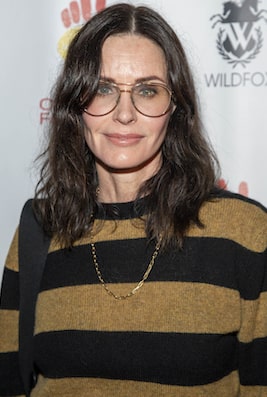 ourteney Cox – This actress has discussed her use of fillers in the past to plump-up parts of her skin that was missing volume thanks to aging. Many of her fans feel that her look was “overdone” and caused her face to have a puffy and unnatural look thanks to too much filler. They also feel that her lips also received too much lip filler and were too puffy and overly large in their appearance. Thankfully, Cox appears to have toned down her use of filler in order to gain a more natural look.

Many of her fans also feel that Cox had too many Botox injections in her forehead and around her eyes which gave her face a “frozen” look. Much like her previous use of filler, Cox appears to have toned down her use of Botox in order to gain a more natural look.

Lisa Kudrow – Much like Jennifer Aniston, Lisa Kudrow has been open about having rhinoplasty surgery in the past. The difference in her younger appearance includes a nose with a slimmer look at the bridge and the base. In addition, the tip of her nose has a look that is now slightly raised. Thankfully, the look of her nose is still natural and also in proportion with her other facial features.

Her cheeks have gained a fuller and more youthful look than even a decade ago which means Kudrow might have received some help from filler injections. Filler works to provide more volume and plumpness in areas of the face that have a thin or hollow look due to the aging process. The filler helps the treated area lose the appearance of folds in the skin along with reducing any wrinkles.

Matthew Perry – Unlike the ladies listed above, Matthew Perry does not appear to have undergone any type of cosmetic surgery treatment. He has experienced a good amount of weight loss and weight gain that has resulted in an older look to his facial features (along with changes made by the natural aging process).

Matt LeBlanc – The actor who played “Joey” has been able to keep a youthful look over the years and some celebrity watchers credit fillers for the lack of frown lines or wrinkles on his face. The smooth look of his forehead likely means Botox has been performed on a regular basis to gain his current youthful and rejuvenated look.

David Schwimmer – Unlike some of his leading ladies listed above, David has not admitted to having rhinoplasty although he is suspected of having the procedure. When comparing the current look of his nose to past photos, it seems to have an appearance that is slimmer at its tip while still keeping a masculine look.

It is a fact of life that everyone gets older and, as seen above, the various members of the “Friends” cast appear to share a use of Botox and filler to eliminate many of the visible signs of wrinkling on the face. Even with admissions of rhinoplasty by some of the cast, there are likely other methods they use to maintain their current appearances. Until there comes a day when any of these actors want to discuss their cosmetic procedures with the public, the plastic surgery secrets of the “Friends” cast will remain a mystery.