The appearance of the nose can have an impact on the self-image of a person. If someone thinks their nose is too big or too pointy, they might decide to have rhinoplasty (AKA a nose job) to make a change in the size, shape, or contour of the nose. While rhinoplasty is an invasive surgical procedure that requires going under the knife, there are some TikTok users who are taking part in the viral “nose job dupe” trend which is essentially a trend where the user contours the appearance of the nose. If you are someone who has always wished your nose had a different shape or contour, check out our story that exposes the latest TikTok trend about nose jobs.

TikTok Nose Job Trend – What is It? 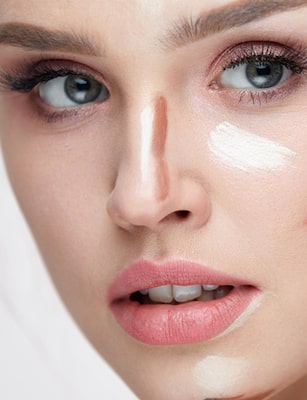 One of the main TikTok users that posts videos about the “nose job dupe” is Russian content creator, Lera Valesta. As mentioned above, the trend is essentially a procedure that contours the nose in much the same way as Kim Kardashian has done in the past.

The procedure really starts once foundation is applied to the nose. Next, “nose job dupers” use a darker concealer shade so they can apply a V-shaped line to the nose. This line runs from the tip of the nose to the tips located at the inner brows of the face. Then, they make a switch to a lighter shade of cover-up so they can easily trace the outer regions of the nose. Finally, some blending takes place, and the result is a nose that has a narrower appearance without the need to have a surgical procedure.

Obviously, this “nose job dupe” does not provide the same long-lasting results as an actual rhinoplasty procedure. It does give a person the chance to see what their nose might look like if they did have a surgical procedure. Everyone certainly has the right to do what they please with the look of their nose. For example, you might want to simply contour your nose, or you might want to make more permanent changes. The important thing is to take the time to consider your options and also chat with a medical professional about the type of changes that can be made to your nose if you do decide to have rhinoplasty.

Rhinoplasty – How It Works

In addition to the aesthetic changes that can be made to the nose, rhinoplasty can also be performed for functional reasons such as helping the patient enjoy the ability to breathe easier on a daily basis.

There are two main types of rhinoplasty surgery, and they are discussed in greater detail below:

If you decide to have rhinoplasty surgery, you will need to schedule a consultation appointment with a board-certified surgeon who is experienced in performing both open rhinoplasty and closed rhinoplasty. The surgeon will examine the nose to get a better idea about the alterations that can be made to its size and shape and also recommend the best treatment option to achieve the desired results.

If you do not want to undergo rhinoplasty, you can always try the “nose job dupe” that is trending on TikTok. It will give you an idea of how your nose might look after a nose job, it can make you feel better (for a little bit) about its appearance, and you can also decide if you like the new contour to the nose enough to (perhaps) make a more long-lasting change in the future through rhinoplasty.