One of the most memorable moments in life is the birth of a baby. The public is used to reading stories about the joy felt by the mother as she holds her new baby. It is also quite common for mothers to talk about how they would not trade the joy of having a child for anything in the world.

This is not one of those stories.

It was recently revealed that a Russian woman was reportedly arrested for selling her newborn baby in order to pay for rhinoplasty surgery. The price for the baby was reported to be over $3000 (United States Dollars).

The 33-year-old mother, whose name has not been shared by Russian media, was arrested on suspicion of human trafficking in late May. It has been said that gave birth to a baby in April at a hospital in Kaspiysk. She then attempted to sell the baby five days later to a local couple who were trying to become parents.

Russian officials issued a statement that said the new mother met “with a local resident [and] agreed to hand over her newborn son, who was in a state of helplessness, for a reward of 200,000 rubles (equal to $3200 in the United States).” On the day she met the couple to hand over the male baby, it was said the mother issued the new parents a “waiver for the rights to the child.” In return for the waiver and the baby, the mother received a smaller upfront payment of $360 (United States dollars).

It was also reported that the mother who decided to sell her baby received the rest of the money for the child late in the month of May. However, the police were made aware of the situation a short time after she received the money. Although it is not clear who contacted the police about the sale of the baby, the mother was taken into custody and so was the couple who illegally adopted the baby boy. 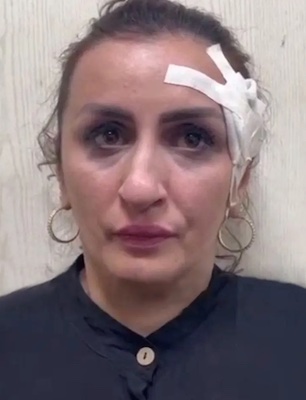 When questioned by investigators, the couple who obtained the child told authorities that the woman gave them both the baby and the birth certificate. They did deny paying the mother directly for the newly born baby. Instead, they told the officials that after receiving the child, the mother asked them for $3200 (United States Dollars) to help cover the cost of paying for rhinoplasty, AKA a nose job, so she could enjoy “better breathing”. Since the new mother helped them become parents, they were happy to help her with the cost for rhinoplasty surgery.

According to a statement from Russian authorities, “Currently, a series of investigative actions is being carried out, aimed at establishing all the circumstances of the crime committed and consolidating evidence of the suspect’s guilt.” The Russian authorities went on to add, “She is suspected of committing a crime under paragraph ‘h’ of Part 2 of Art. 127.1 of the Criminal Code of the Russian Federation (purchase and sale committed in relation to a person who is in a state of helplessness, known to the guilty person).”

In addition to the mother of the baby having to take a police booking photo, the woman who paid for the baby was also shown in a photo taken by the police. The woman can be seen cradling the newborn baby in the photo. It has not been revealed what charges she is facing as well as the charges that her partner will face in connection with the case. It has also not been reveled who is currently caring for the baby who was the source of the transaction between the adults.

Rhinoplasty – What Changes Does It Make to the Nose

Rhinoplasty is performed to change the size or shape of the nose in order to achieve the desired appearance. The surgeon makes changes to the skin, bone, or cartilage in the targeted area of the nose. In addition to changing the size or look of the nose, rhinoplasty can also improve the ability of the patient to breathe on a daily basis as well as give the nose an appearance that is more in balance with the other features of the face.

It should go without saying but do not sell a baby to try and afford rhinoplasty. Many medical offices offer payment plans and insurance might cover part of the cost for rhinoplasty if the procedure is determined to be medically necessary to improve the functional aspects of the nose. These payment options are legal and, more importantly, they do not require the sale of another human being.