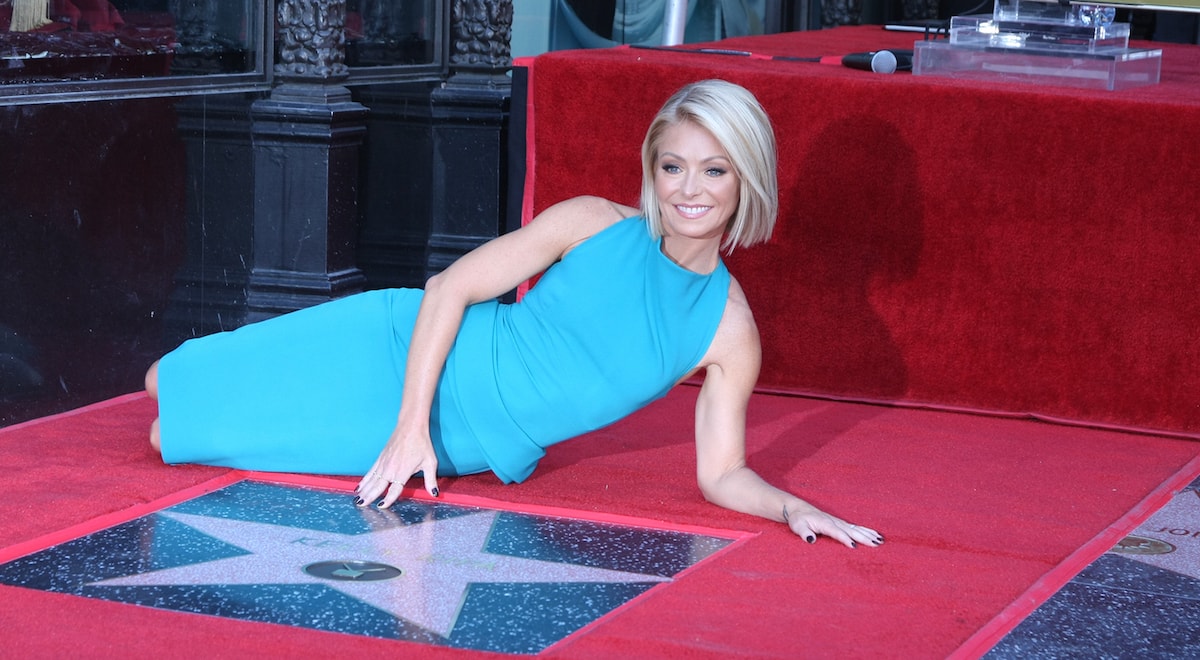 In an Instagram post earlier last week on the IG page of her show, Kelly Ripa revealed that she had plastic surgery performed on a body part that her fans would not expect.

Ripa took to Instagram to spotlight her wardrobe as well as reveal the fact the plastic surgery was performed on her earlobes.  In the video, Ripa is showing off a set of diamond earrings while describing why the piercings in her ears initially ended up being crooked when compared to each other.

When discussing the topic of self-piercing the ears, Ripa said “Me too, that’s why mine are so crooked. Mine are crooked because half of them are self-pierced.” Ripa then made note of three piercings on one ear and four piercings on the other ear.

The co-host of “Live with Kelly and Ryan” then revealed that she had plastic surgery performed on her earlobes after “her earholes tore all the way through”. The result of this accident was her ears were left “hanging like gauges”. In addition, a portion of her right earlobe is now missing.

According to Ripa, “I also have gauges. See these holes up here? There were my ear holes that tore all the way through. So I had to go to a plastic surgeon. My two earlobes are now very different…There’s a piece of my earlobe that’s not there, just because he had to sew it together.”

Ripa added that “The damage was worse, so I’ve got two different earlobes.”

Ripa then had the plastic surgery performed to try and correct the damage that was done to her earlobes. 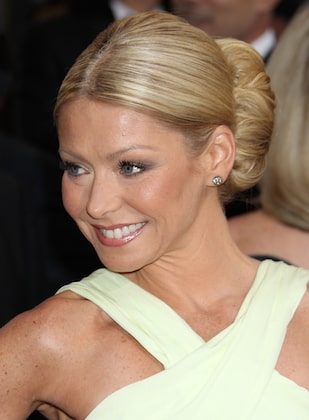 In addition to discussing the issues with her earlobes, Ripa also talked about receiving injections that are designed for anti-aging along with the steps that are necessary for her to perform in order to maintain her youthful appearance.  Ripa said, “I don’t have time in the morning. I’m trying to roll my face and put essential oils on and make myself look frozen in time, which is hard, Even the Botox is like, ‘look sis, maybe it’s time to hang up the jockstrap.’”

Earlobe surgery is performed in order to repair earlobes that are torn or damaged thanks to stretching, trauma or wear and tear after wearing jewelry that is heavy on the ears. Any areas of the skin that are damaged or stretched, along with any dilated piercings are removed through a wedge-shaped incision created by the plastic surgeon. The new edges of the skin are then sutured together on both the front and the back of the earlobe. The surgeon will also create a small bump at the bottom of the earlobe. The bump is located where the curvature occurs and it will naturally flatten out in its appearance once any sutures are removed. The bump is necessary to avoid the patient having any kind of indention or “scalloped” appearance to the ear after it has finished healing.

Earlobe Surgery Combined with Other Procedures

Surgery that is performed to repair the earlobes can be performed at the same time as the injection of dermal fillers. Patients can utilize fillers to add volume to the earlobe once it has finished healing after surgery. In addition, fillers can be used to rejuvenate the look of earlobes that are droopy thanks to the patient wearing heavy jewelry in the ears on a regular basis. The surgeon places a small amount of filler into the earlobe so the earlobe will expand in an outward manner and create a small hole at the same time.

Patients will see some immediate results after they have earlobe surgery. The treated area on the earlobes will have a more youthful look and will likely be smaller in appearance. The healing process can take up to two months as patients wait for the swelling to go down. In addition, it can take up to a year for any scars to fade. The results are considered to be long-lasting but patients should be aware that the earlobe repairs make the area weaker so the repaired earlobe can tear easily. Patients should avoid wearing heavy earrings or bulky items such as hoops because they can easily become snagged and damage the results of earlobe surgery. 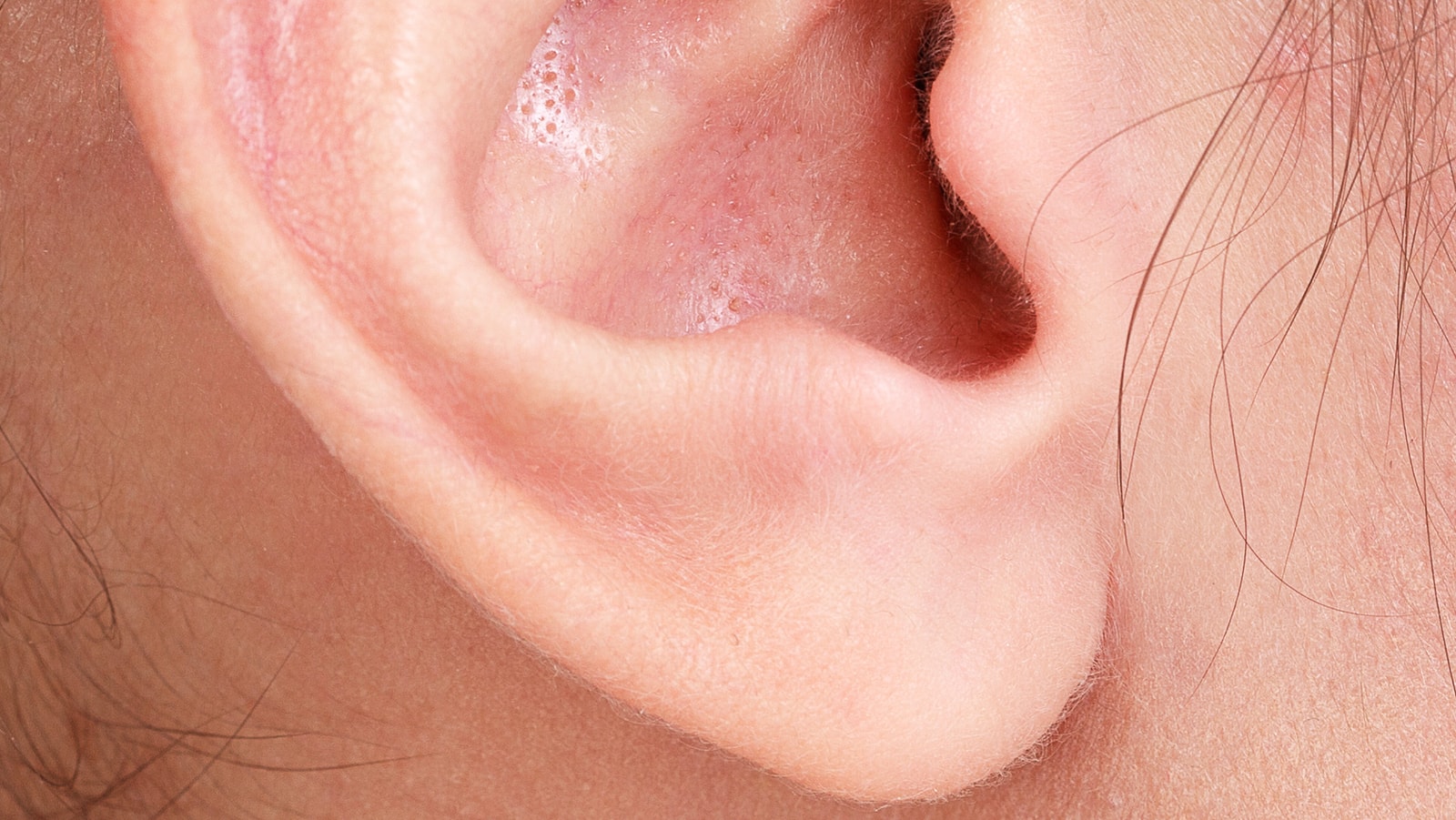 Reconstructive earlobe surgery is a procedure that rebuilds the tissue on the earlobe and restores it back to a normal appearance. This type of proced...... Read more >