While Gigi Hadid and Bella Hadid are currently known as two of the most popular models in the world, they were teenagers attending high school in the past. Last year, a high school classmate of the Hadid sisters shared images from the 2013 yearbook from Malibu Hugh School. The photos show the difference between their current appearance and their look back in their high school years. Even though everyone changes in appearance as they get older, there is some speculation their updated look is the result of cosmetic surgery. 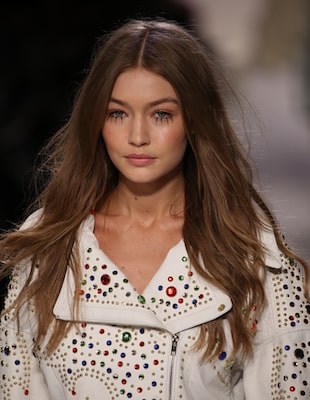 One of the surgeons noted that Bella has "changed significantly" since high school including a possible brow lift which could explain the feline "fox eye look" that the model is known for in the fashion world.  The other plastic surgeon feels that Bella has undergone treatments such as rhinoplasty and lip fillers. There is also the thought that Bella had dermal fillers placed in the face for facial sculpting results that include an enhanced jawline and cheek bones.

Even though Bella has a face that looks to be much thinner in appearance than her high school photos, this could be the result of a general amount of weight loss. There is also the theory that the model had buccal fat pad removal in the cheeks to gain a slimmer look to the cheeks. 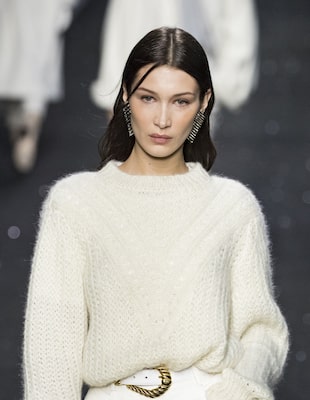 While Gigi Hadid is the older of the two siblings, her appearance does not seem to have changed as much as her younger sister. Having said that, the plastic surgeons interviewed by the newspaper do believe there are some areas on her face that might have been enhanced or altered through cosmetic surgery.

One of the doctors feel Gigi "looks like she has had minimal lip plumping and jawline fillers. It was noted that Gigi's cheeks and lips have a fuller appearance than in the photos from high school. This could be explained by the use of filler, by the angle of the photos or the use of makeup."

This is not the first time Bella has been suspected of having plastic surgery to alter her appearance. It should be noted that she has always denied having any type of cosmetic surgery procedure in the past. In 2018, she told InStyle that she was too "scared" of the idea of having fillers placed in her face because of the fear that the fillers would "mess up" her natural features.

In her comments to the magazine, she added "People think I got all this surgery or did this or that. And you know what? We can do a scan of my face, darling. I'm scared of putting fillers into my lips. I wouldn't want to mess up my face."

Yolanda Hadid - Their Mother Speaks Out about Plastic Surgery

The mother of the two models spoke out to defend her children against the claims they have undergone plastic surgery. In 2019, Yolanda Hadid, a former cast member of the "Real Housewives of Beverly Hills", insisted that the girls would not have type of cosmetic procedure after they witnessed the struggles she faced while dealing with side effects from her own plastic surgery procedures.

Yolanda Hadid said, "None of my children have ever done filler or Botox or put anything foreign in their bodies, they know better after seeing what I went through."

Even with all of the denials from the models and their mother, fans of the modeling duo flocked to a post on TikTok where one of their old classmates shared photos of the Hadids from high school.

In the high school yearbook, Gigi's senior photo appears to be from a professional photoshoot instead of a traditionally staged photo at the school. She was also voted "Most Likely to be Famous" although she is shown to be deliberately hiding her face from the camera.

Bella's photo is also featured in the TikTok post, but it is one of the more traditionally staged photos instead of the result of a professional photoshoot.

Gigi had been a model as a child but stopped for a little while when she was a teenager. She told Vogue, "I stopped because I was a really competitive horseback rider and a club volleyball player. I went to Junior Olympics for volleyball. So, I kind of stopped modeling. I just wanted to have a normal childhood and go to high school."

The desire to stop modeling lasted until she was 17 and signed with IMG Models. She moved across the country after she graduated in order to work on her modeling career.

Bella was also a nationally ranked, and award-winning, equestrian who had dreams of being on the US Olympics Team in 2016. Instead, she graduated in 2014 and went to New York City to also follow her dreams of being a model.