One of the biggest success stories in the world of pop music over the last few years has been Dua Lipa. After working as a model, she signed a record deal with Warner Brothers in 2014 and released her debut album in 2017. Besides having hit singles and receiving Grammy awards, the 26-year-old singer has also been the subject of plastic surgery speculation when it comes to her changing appearance during her career. While some of the changes in her look could simply be the result of aging, some of her fans feel she has made changes through cosmetic surgery procedures.

Dua Lipa began to gain attention about her talent, and her looks, when she started to share cover versions of songs on YouTube. She was only a young teenager at the time and the singer was living in London on her own while working as a waitress. 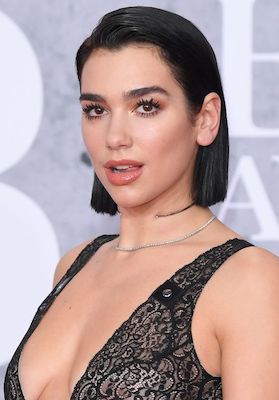 While there does not seem to be any type of definitive evidence the singer ever had a plastic surgery procedure, part of the gossip stems from her flawless features and her good looks. The public does not want to believe that she is a natural beauty. They want to explain her appearance with the theory that she has undergone cosmetic enhancements to achieve her current look.

When it comes to Dua Lipa plastic surgery speculation, here are the procedures she is suspected of having in the past:

Dua Lipa Plastic Surgery – What does the Singer Have to Say?

While Dua Lipa has not directly addressed the gossip surrounding her suspected plastic surgery procedures, she has given the credit for her appearance to her makeup and skincare routine.

In 2018, Dua Lipa felt the need to speak out about her looks after it was suspected that plastic surgery was the reason the singer had to cancel a series of shows she had in the future opening for Bruno Mars.

The reason given for the cancellation was recovery from wisdom teeth surgery. There was some doubt placed on the wisdom teeth story as the singer performed on Jimmy Kimmel’s talk show at the same time, she was supposed to be in Australia opening the show for Bruno Mars.

After a journalist pointed this out on Twitter, Dua Lipa replied with the following message along with a photo of her swollen mouth after the surgery:

“If you were a good journalist, you would’ve done proper research instead of talking out of your ass. Jimmy Kimmel was shot in Feb in LA and aired yesterday. I’ve been in Australia on bed rest and wouldn’t have cancelled my Bruno shows if I didn’t have to.”

Once Duo Lipa sent her reply for the world to see, the journalist instantly sent an apology to her and admitted to his error:

“Sincere apologies @DUALIPA. Didn’t mean to misinform. Assured you were live with Jimmy K. your fans and my son have severely castigated me.”

Dua Lipa – Will She Address Plastic Surgery in the Future?

As shown by the Twitter exchange above, Dua Lipa does not take kindly to people speculating about possible cosmetic surgery procedures on her part. The singer would rather remain focused on her music and career than talk about possible plastic surgery procedures. Until there comes a time that she wants to share the news about any future changes in her appearance, the public will simply have to gossip on their own (and hopefully not receive a mean tweet from the singer).