According to the BBC, Lauren Patterson visited a pop-up dermal filler clinic run by Miss Hudson’s Aesthetics. The company travels to Glasgow every month to see clients and perform cosmetic filler treatments.

Patterson is 24-years-old and told the BBC that she found the clinic on Instagram and decided to book an appointment with a friend thanks to the enticement of a special offer. She felt confident about having the treatment thanks to the positive online reviews and celebrity endorsements for the business. 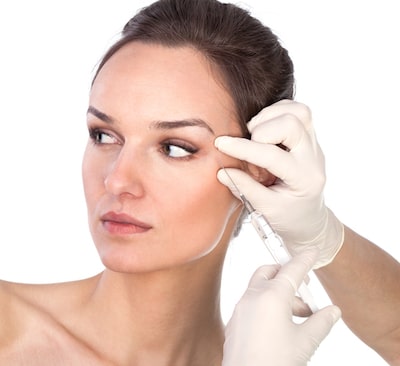 Her goal was to achieve a plumper look to her lips while also gaining more definition to the appearance of the lips. Instead, Patterson says she was left with “two massive boils” that could be seen sticking out of her chin. She had to visit another doctor in order to have a corrective procedure to correct the appearance of the boils.

Patterson told BBC Scotland’s “Disclosure” that her overall experience with the pop-up clinic was “just awful from start to finish. The overall clinic was just chaos; it was like a free for all. There were people everywhere. You were demanded to pay cash upfront for the treatments. It was like a conveyer belt. It was one in, one out.”

According to Patterson, she waited more than five hours to be seen by the clinic workers. When the procedure was performed by the owner of the clinic, Savannah Hudson, it was over in less than five minutes. However, there was no type of consultation or discussion before the treatment to discuss Patterson’s desired results.

Patterson was also told that there was nothing the clinic could do for her since the procedure was over. In addition, she did not receive any type of care after the treatment. Instead, she had to wait for the pain in the lips to lessen before she could visit another practitioner to try and even out the appearance of the lumps that appeared after the injection.

Lauren Patterson is not the only person that reported a negative experience related to having a treatment at Miss Hudson’s Aesthetics.

Some of the complaints surrounding the business have included reports of heavy bleeding and lumps after the injections. In addition, some patients have reported fillers being injected into the wrong area of the body and or having an infection after their treatment. 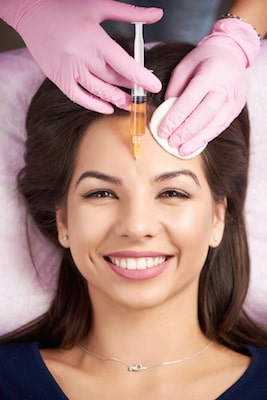 In order to get a better idea about the treatment process at Miss Hudson’s Aesthetics, BBC Scotland’s “Disclosure” show sent two reporters undercover to visit the clinic after booking an appointment. One reporter was posing as a 20-yaer-old patient that wanted to receive lip fillers while the other reporter went along as a “supportive friend”.

The clinic staff arrived in Glasgow (from Manchester) during its local COVID-19 lockdown on August 31st. According to government restrictions, residents of Manchester could travel but they were only allowed to come into contact with people in their household or in their “support bubble”.

According to the reporters, the safety measures put in place for COVID-19 were inconsistent. Some of the COVID-19 concerns included:

The reporters saw 20-30 clients enter the clinic but none of them were asked for an ID to determine the ages of those that wanted to receive injections. Miss Hudson’s has an over-18 policy but no ID was checked to conform the ages of the patients.

When the reporter continued to ask questions about the treatment, Ms. Hudson advised the undercover journalist to come back after she had thought longer about the procedure as opposed to having it that day.

Even with the negative experiences of many patients, there were some clients that said they were happy with the results they received at Miss Hudson’s.

When asked about the type of service provided by Miss Hudson’s Aesthetics, Ken Stewart, a plastic surgeon and a representative for BAPRAS (British Association of Plastic, Reconstructive and Aesthetic Surgeons), remarked that he was “astonished” by what the BBC revealed about the pop-up clinic. Stewart also said “My milkman has more medical knowledge than the staff at that clinic.”

He warned that the quick placing of fillers can greatly increase the risk of adverse side effects. He also added, “Any medical intervention has a risk of complications. Anaphylaxis and cardiac arrest can occur in theory. If that was to happen, I wouldn’t want that team looking after me who have just driven up from Manchester in the middle of the COVID lockdown. I can’t see any evidence that those people have any appropriate medical qualifications that would qualify them to look after anyone if those serious complications did arise.”

The BBC contacted Miss Hudson’s Aesthetics for a comment on the allegations made during their investigation. They have not replied as of the writing of this article.

Top Facial Rejuvenation Trends for 2020 (and Beyond)

Non-surgical rhinoplasty is used to sculpt the shape of the nose by utilizing strategic injections of dermal fillers. This procedure is also known as...... Read more >

Fillers can be used to treat acne scars by filling in any sort of depression that is created from the volume loss caused by the inflammatory process o...... Read more >