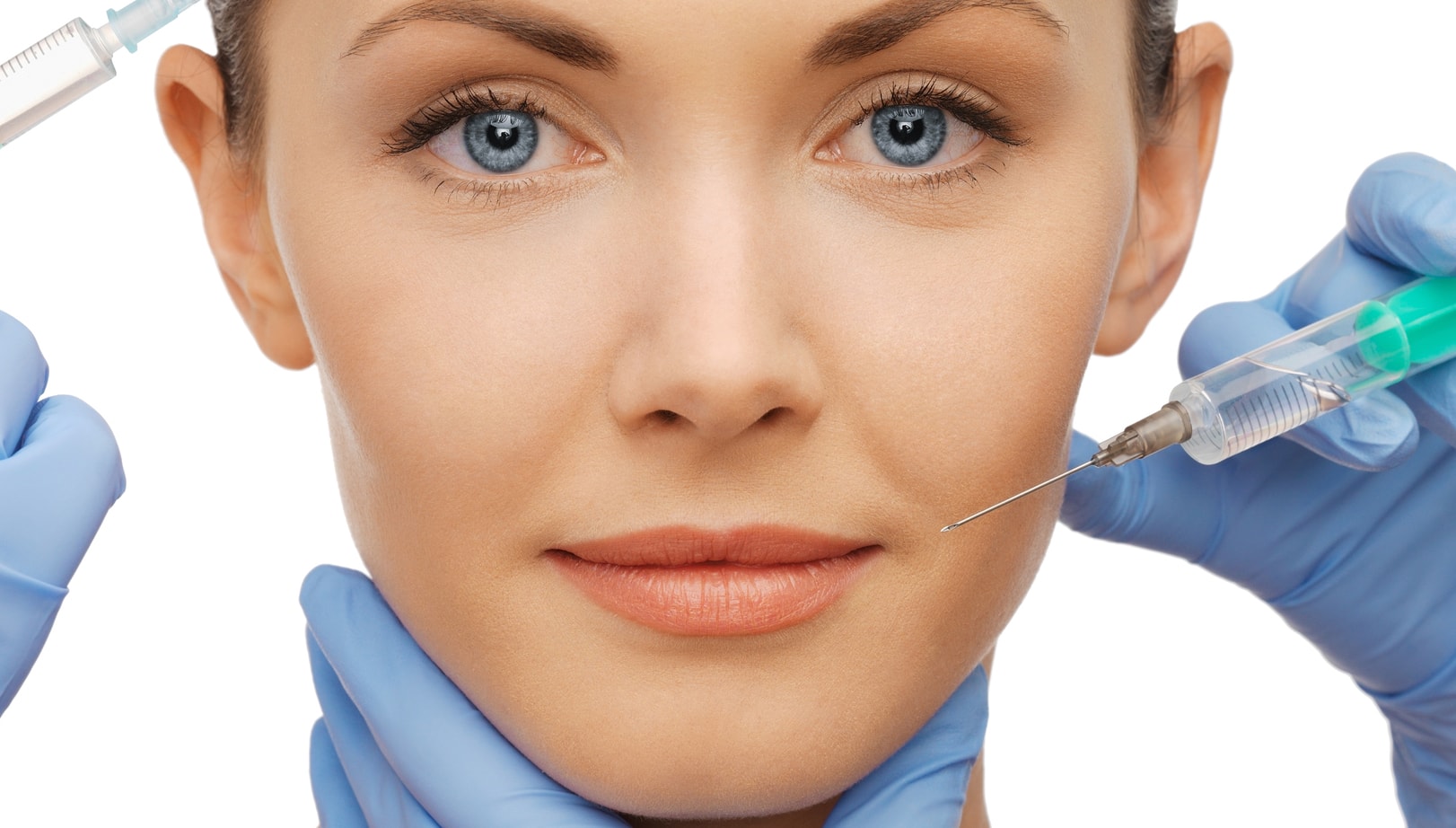 Dermal fillers are substances that are injected into the face and are typically used for volume loss and wrinkles. As people age, there are changes in the skin and bone structure that often lead to wrinkle formation and volume loss in areas of the face such as the mid-face (cheek area) and temples. Fillers are often used to minimize the appearance of wrinkles and replace lost volume.

A person can get some lift with fillers as the fillers replace volume that has been lost. Fillers placed in certain key areas can lift the skin, but unlike a surgical facelift they do not manually pull the skin up.

At some point, the skin of individuals will age to the point where volume replacement is not going to do anything unless they have a facelift. If the results from non-invasive techniques or fillers are started at an appropriate age, it is possible to postpone the need for a lift. Non-surgical techniques do not replace surgical techniques but they do buy the patient some time before they need surgical help.

If someone desires a lift similar to a facelift, it is unlikely that any amount of filler will provide that. However, place properly a fillers can give some lift depending on the fillers being used.  Unlike a surgical facelift, the skin is not cut into and manually pulled back to a taut position but rather it is a lift created by increasing volume.

Silicone and Bellafill are considered permanent fillers. The long-term fillers like Sculptra and Silicone are not really dissolvable and have a higher risk of granuloma formation (permanent lumps) which would need to be removed surgically.

The biggest advantage fillers have over fat grafting is that fat is a little bit unpredictable compared to a filler. With fat, the doctor is putting fat cells in the patient and that fat can grow. If a patient gains weight, those fat cells could grow in the patient. Also, fat is not very easy to remove if the patient does not like the way the results look. Filler goes away by dissolving and it does not move around. The other problem with fat is that it does not take evenly. Once it is injected into the face, the doctor does not really know what areas are going take it in. On the other hand, once fillers are injected, doctors know how the patient is going to look in the long term.

With the exception of silicone and Bellafill, fillers are not permanent.

Another limitation is that it not possible to achieve facelift like results.

The other complication of fillers is necrosis. There are certain areas which are considered high risk areas of fillers getting into the blood vessels. If that happens, the best case scenario is that the patient gets skin necrosis which means the skin overlying that blood supply dies but eventually grows back. Getting fillers into blood vessels can have more severe consequences including blindness, vision changes, scarring, and growths.

The risk of necrosis is much higher in fillers that are not dissolvable. Hyaluronic acid filler can be dissolved right on the spot in order to prevent some of the complications. With something like Radiesse, which is not dissolvable, there is nothing that can be done.

In general, there is very minimal downtime with fillers. There might be some swelling or bruising that can last up to two weeks.

In terms of normal activities, patients need to avoid heavy exertion for 24 to 48 hours. Most people do not consider it a major and often people do during the work day and go back to work.

The results for hyaluronic acid filler depends on which filler is being used, but it is normally about six to twelve months. The exception to this is Juvederm Voluma which lasts one to two years.

Radiesse lasts about a year. If a patient gets touchups with Radiesse every three months or so, it naturally lasts two years. Sculptra is usually done in three treatments and lasts about two years.

As people age, they tend to lose volume in their face. Dermal fillers are injected into the face to add volume that has been lost. Since the fillers are injected into the face, it is important to choose a doctor who is skilled and experienced with performing the injections. A board-certified physician can determine which filler will best achieve the results the patient desires from having fillers.

Based on an exclusive interview with Sejal Shah, MD in New York, NY

Dermal fillers for the face are used to contour facial features or add fullness to hollow areas due to the aging process. But as patients are...... Read more >

Gwyneth Paltrow had a mid-life crisis when she turned 40. She shared her story with Vogue last month when she decided to get injectables for her...... Read more >

How do you achieve optimal angles with a selfie if your jawline isn’t defined or starting to sag into your neckline? You try your best to move...... Read more >

The public expects celebrities to always have a fresh-faced appearance and to look rejuvenated at all times. However, this is not always the case...... Read more >