Patients that feel their nose is too big, as well as patients that have trouble breathing, often turn to rhinoplasty to address issues with their nose. Rhinoplasty can alter the size, shape and look of the nose by making changes to the skin, bone or cartilage of the nose. In general, rhinoplasty is classified as open rhinoplasty (the necessary incisions are made on the outside of the nose) or closed rhinoplasty (the necessary incisions are placed inside the nose).  However, some plastic surgeons are saying that the desire to have a “perfect nose” is decreasing in this era of body positivity. In the past, rhinoplasty was seen as a way to create a “one size fits all” appearance to the nose. There is now a much wider definition to what is seen as being beautiful which means plastic surgeons are seeing a rise in the number of patients that are not interested in the results produced by procedures performed in the past. In this new decade, rhinoplasty is more about standing out from the crowd rather than simply fitting in with a “perfect nose”.

A Natural Look to Millennial Rhinoplasty

As part of the new wave of body positivity, many patients want to maintain the features that make them unique and stand out as an individual. They do not want to have perfect contours to their features at all times.

When it comes to rhinoplasty, there are a large number of patients that now consider a nose that is “perfectly straight and symmetrical” to be rather boring in its appearance. While they still want to make an improvement in the appearance of the nose, patients are no longer looking for perfection. They want to preserve the character of their face so it is not too symmetrical or generic in appearance. 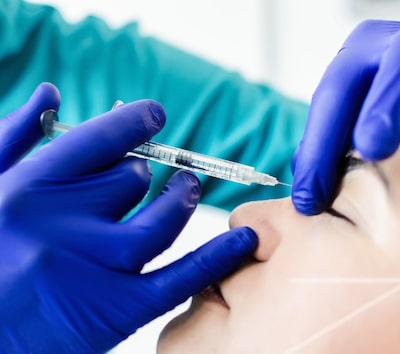 For some patients, the move towards maintaining a natural look to the nose also means adding volume to the appearance of the nose. On the other hand, some patients are trying to make a change by having a reversal of a traditional rhinoplasty procedure.

Many patients have undergone rhinoplasty at some point in their lives because they wanted to “fit in” with their peers. As they get older, they started to become more secure in their appearance and wanted to regain some of the “individual beauty” that they felt like they lost over the years.

In order to gain back what they felt like they lost in the past by undergoing traditional rhinoplasty, patients are now using individualized procedures that can be classified as non-surgical nose jobs.

For example, some patients are looking to get a more pronounced look to their nose by adding dermal fillers such as Juvederm or Restylane to the bridge of the nose. The fillers are used to add more volume to the area and they can even add a subtle bump to the appearance of the nose. A non-surgical nose job provides a natural look to the nose which is what many patients are trying to achieve in this body positivity age.

Patients enjoy having fillers placed in the nose because there are no scars after the procedure as well as little to no downtime or recovery time on the part of the patient. It is also much less painful and much less invasive than having surgical rhinoplasty. Patients frequently do not feel any pain during, or after, the treatment and bruising is rarely seen after the procedure.

Millennial Rhinoplasty is Part of a Growing Trend 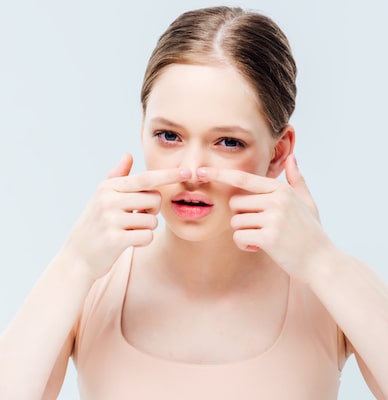 The placement of fillers in the nose to provide a more natural look is sometimes referred to as a “reverse nose job” because it is the opposite of trying to have a “cookie-cutter” look to the nose. The trend towards individual beauty is being hailed across the country as a positive move that shows that beauty is individual and the diversity of beauty among each person is something that should be celebrated by the public.

The decision to gain a more individual appearance when it comes to rhinoplasty, or any other plastic surgery procedure, is not a decision that should be entered into lightly. Patients should schedule a consultation appointment with their doctor of choice to discuss the changes they want to make to their appearance. The doctor can share the pros and cons of the desire to make a change and also choose the best medical option to achieve the desired results.

Ultrasonic Rhinoplasty - What is it and do You Need it? 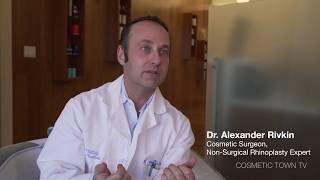 How Long does a Non-Surgical Rhinoplasty take