Dana Cook is entering his third decade in the comedy spotlight as he continues to perform standup on the road at comedy clubs across the country. He is also known for a few items besides his comedy career. Cook is known for dating a woman that is 27 years younger than his age and he is also suspected of having cosmetic surgery over the years. One of the reasons he is suspected of having plastic surgery is the fact that Cook does not look much he did back in 20003 when his first comedy special was released. Cosmetic Town News is here to take a look at Dane Cook to determine if he had plastic surgery or if the changes in his appearance are due to the aging process.

While some people are convinced that Dane Cook has had plastic surgery in the past, there are others that feel the changes in his appearance are simply a trick that is being played on the eyes of those viewing current photos of Dane Cook. Since he is often in photographs with his girlfriend who is a much younger woman, some fans of the comedian simply feel that he looks like he made changes to his appearance because of the age difference between them. However, others are convinced that Dane Cook had plastic surgery and have their reasons why they feel Dane’s appearance has changed thanks to cosmetic surgery.

Some celebrity watchers are convinced that his eyebrows look lower than they did in the past. While the eyebrows starting to look lower can happen as a natural part of the aging process, there are some fans of celebrity plastic surgery that think Cook had Botox in the forehead area because of the fact that the middle part of his brow is lower in appearance than the outer part of the brow. If the aging process was naturally occurring, the entire brow would come together in a natural appearance and the entire brow would come down together. Once Botox is injected into the targeted area, it works to smooth and lessen the look of fine lines and wrinkles. Botox is injected into a muscle that is located near the targeted wrinkles. Neuromuscular blockers will then limit the muscle contractions in the area where the injection was placed. The muscles are able to relax which reduces the amount of unwanted wrinkles on the face. Since the skin is not continually being pulled after the Botox is injected into the targeted area, the skin has time to smooth out. While Botox can help elevate the eyebrows and keep the forehead smooth in appearance, the center part of his brow does look heavy and this can be one of the results of Botox. 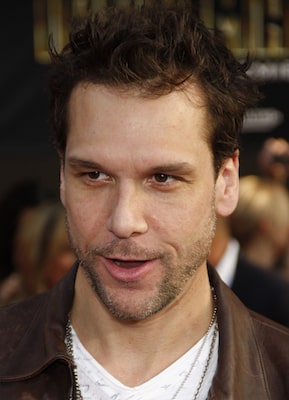 Rhinoplasty is able to make desired changes to the skin, bone or cartilage of the nose for a more aesthetically appealing look. In addition, rhinoplasty can make functional changes to the nose so the patient is able to breathe easily on a daily basis. The changes to the nose need to be handled by a board-certified surgeon with experience in performing rhinoplasty. The nose is the central feature of the face which also makes it one of the most prominent areas of the face. The nose can provide much needed balance to the facial features so any changes must be made carefully in order to keep the facial features in balance for the patient.

On his Instagram page, Cook said there were many people “DMing me asking why I wax my eyebrows or Botox. It’s called healthy living my friends. Never drank or did a drug.” Cook explained that he did not drink or take drugs because they are not good for the skin. He added, “I’ve had a dermatologist for years to help me keep my skin nice with constant travel. Drink mostly water!”

While Cook credits his lifestyle for the changes in his appearance, there are still many of his fans that suspect him of having plastic surgery to change his looks. Until Cook makes any kind of conformation about the changes in his appearance, the stories about Dane Cook plastic surgery will remain nothing more than speculation on the part of the public.

Ultrasonic Rhinoplasty - What is it and do You Need it?

How long does the procedure last