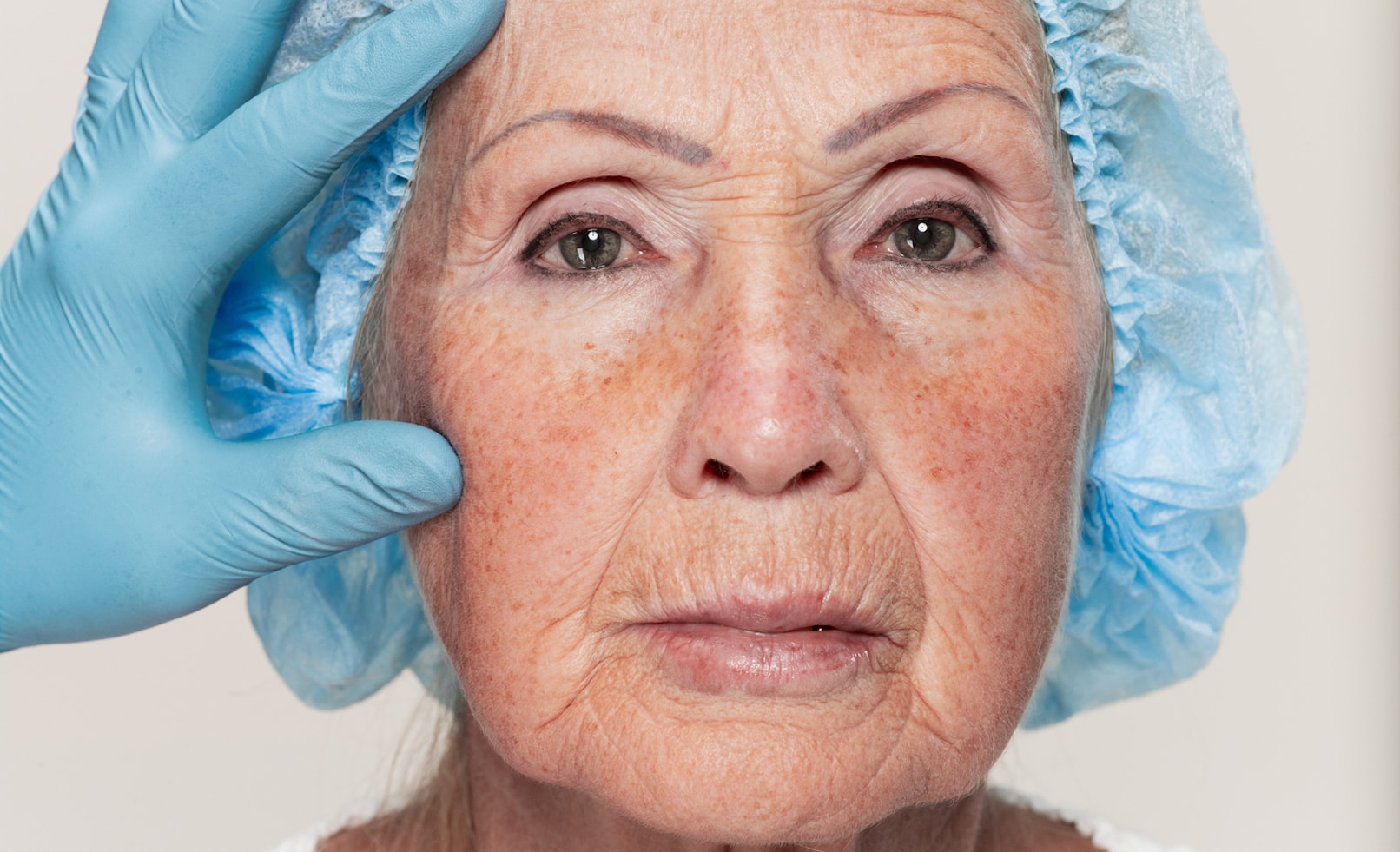 The mid-face is defined as the triangular area that sits between the highest point of the cheekbone and the central area of the cheek where it meets the nose and then down towards the nasolabial fold, like an inverted triangular area.

This facial zone has been a focus in facial rejuvenation for the last five or ten years. People are realizing that loss of volume and the dropping of the fat pad in that area show obvious signs of aging, such as deeper nasolabial folds, orbital hollowing that accentuates under eyelid puffiness, and jowls. It is the area highest up in the central area of the face where most of the volume resides when people are younger. A mid-face lift procedure is designed to lift that area back up.

It is a challenging area because the direction where it drops is vertical, but many access points are not from a vertical trajectory. A mid-face lift is designed to lift the misplaced volume resting on the nasolabial fold back over the orbital rim to lessen nasolabial folds, efface orbital hollowing, and give back youthful cheek volume. An alternative for many people is to use fillers to replace that volume and produce a small lift.

DIFFERENCE FROM A REGULAR FACELIFT

The area of treatment of a mid-face lift is a little bit more central in the face. In terms of face lifting, doctors went from more standard face lifting techniques (SMAS face lift) and started transitioning into the deep-plane face lift (a deeper plane of dissection). This is geared more towards the central area of the face, with the goal of undermining the area of the mid-face - specifically the Malar fat pad -  and tightening up the midface more than SMAS techniques are able to accomplish. Mid-face lifting developed subsequent to deep plane technique, because even though deep-plane face lifting did give some improvements in that area, it still was not specific enough or vertical enough in many situations for the type of change people were looking for.

Another difference between Mid-face lifts and regular face lifts is the Mid-face lift is done right off of the facial skeleton. A deeper lift will tend to endure better because it is being repositioned down at its point of origin as opposed to lifting everything superficially.

A mid-face lift is actually an endoscopic procedure. It is not minimally invasive but it has a minimal incision. There is roughly a 2 to 3-inch incision that is behind the hairline in the temple area with no other incisions. Mid-face lifting uses the same incision that is used for the endoscopic brow lift to raise the tail of the brow.

The perfect candidate for a mid-face lift is someone looking for central facial rejuvenation. It is a very defined technique which produces a specific set of results. A patient’s pre-operative volume status and skeletal framework are important considerations as well. A mid-face lift is for people that have a moderate degree of facial volume and a moderate degree of facial volume drop. These are the perfect candidates.

Someone with very full cheeks really should not do a mid-face lift because it is only going to make them fuller. If a person is really volume deficient, the mid-face lift is not going to do that much because the procedure will be trying to lift volume that is not there. Patients with insufficient cheek bone projection may benefit more from a cheek implant than from a midface lift.

There is nothing about a mid-face lift procedure that does not allow it to be combined with other procedures. It is very specific as a standalone procedure, but doing an upper/lower eyelid lift and endoscopic brow lift with a mid-face lift is a great combination.

A mid-face lift deals more with the central region of the face rather than the lower part. For patients with lower facial and neck laxity issues, a facelift is often suggested for comprehensive improvement. Face lifts have always been great at tightening necks, but they do not perform as well in regions higher up in the face.

Botox cannot replace the results of a face lift. Botox does not lift and most muscles in the midface should not be treated with Botox.

Fillers do not give the same results, but they can give the illusion of the same result. A good amount of filler has to be used to have a lifting effect, so sometimes it gives a patient too much volume. It is more of a camouflage technique to produce the illusion of a lift rather than actually lifting. A lot of patients will choose fillers because there is no downtime.

The other possible limitation can be a patient with insufficient hair cover in the temple area. The temple is just too broad and flat of an area to hide an incision. A man with very significant male-pattern baldness normally will not do an endoscopic brow lift because the incisions will not be concealed and may not be able to do a midface lift, depending on the pattern of their temporal balding. It is a little too obvious for most people’s taste.

The one substantial complication is frontal nerve weakness. The nerve that controls the forehead and lifts the eyebrows crosses right over the dissection plane, which is the path used to get down to the mid-face. Any temporal procedure or surgery that crosses over the cheekbone will put this nerve at risk.

Mid-face lifting does not have any higher risk of injury to the nerve than any other procedure. The rate of problems with that particular nerve is extremely low. When there is a weakness, it is often temporary and tends to resolve within a few weeks or a few months.

Typically, it takes patients about two weeks to recover. The first week activity limitations are pretty absolute. The second week is somewhat relative because patients can go back to doing some low level activities like exercise bike.

Most people look pretty good at about two weeks. There tends to be a bit of a prolonged swelling period with mid-face lifting. It can take four to six weeks for a surgical swelling to really dissipate.

The final results take about three months to appear.

The procedure is pretty much a one-time thing. The volume lift from a mid-face lift is pretty permanent because of the repositioning the facial muscles, ligaments, and other attachments of the whole face.

Once the fat pad is lifted up and changes position, the one thing that has not been changed is the progressive atrophy of fat that goes along with the aging process. A few years later some patients add fillers to add back volume to some areas that the mid-face lift initially helped. If a patient had not done the mid-face lift then they might need three or four syringes of filler to create a similar lift effect. After a mid-face lift, they typically only need one syringe.

Based on an exclusive interview with Richard Westreich, MD in New York, NY