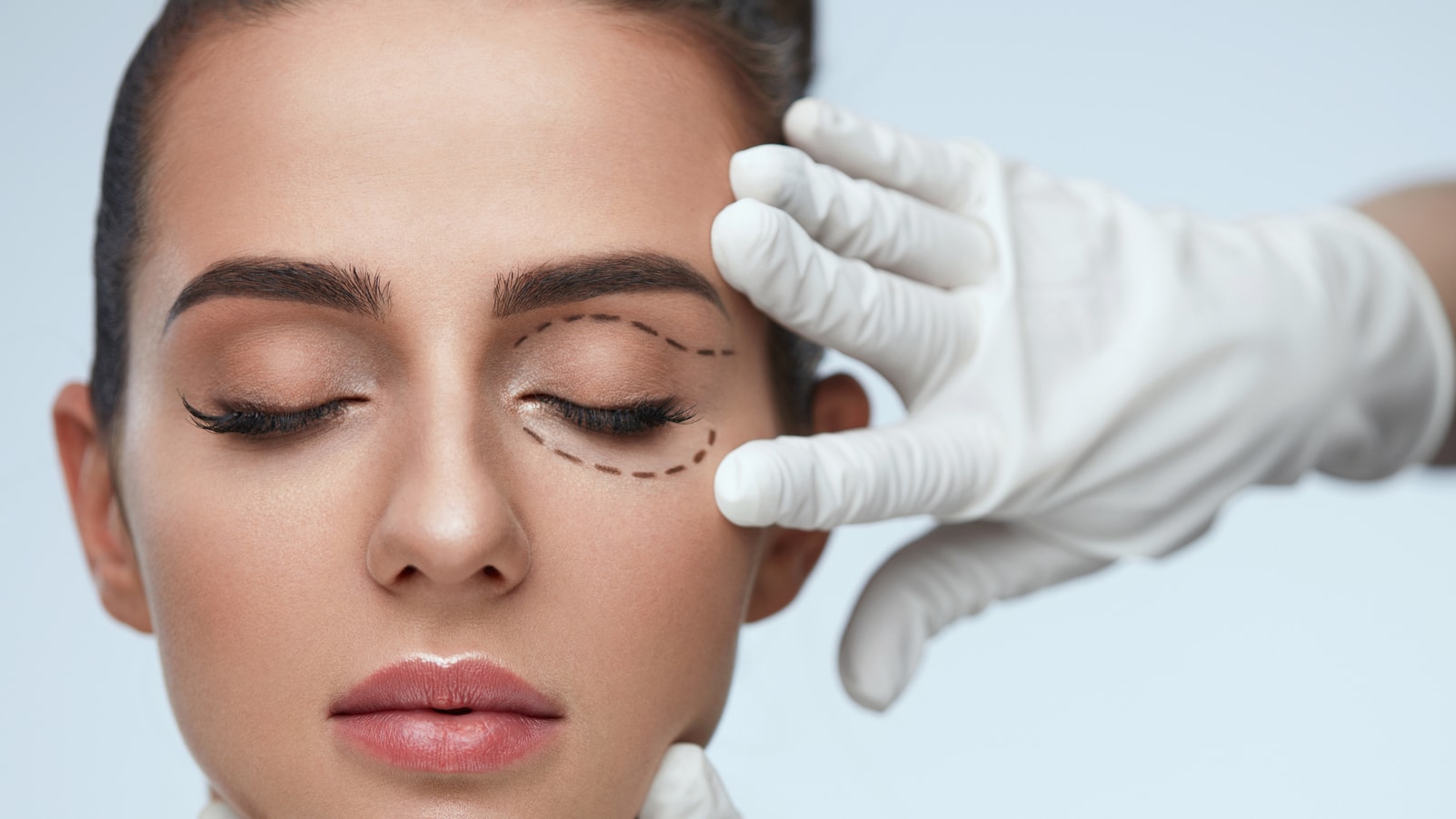 Having good eyesight is one of the most important parts of everyday life. In order for patients to have good eye site, they must have eyelids free of extra skin, fat, and asymmetry. In order to achieve a look free of those issues, it’s sometimes necessary for a person to have blepharoplasty, which is also known as eyelid surgery. The two types of eyelid surgery discussed in this article are upper and lower eyelid surgery.

In lower blepharoplasty, an incision is made that goes 1-mm or 2-mm below the eyelash margin and out into the crow’s foot then the flap of tissue is raised. It can be done skin only or skin with muscle. Most people include both skin and muscle flap so the doctor goes underneath the tissue and identifies the fat compartments of the lower lid.

BAGS UNDER THE EYES

When people say they have bags under their eyes, what they really have is little hernias of fat. In order to see if a person has these bags, they need to press down on their upper eyelid while looking in the mirror. If they have the bags, they will see three small areas come out: one on the nose side, one in the middle, and one on the outside of the lower eyelid. To fix those bags, the extra fat is removed and then the eyelid is closed. In closing the eyelid, the extra skin on the eyelid is removed by rotating the skin opening that was previously made. It is rotated securely upwards, and then to the outside, laterally towards the cheek side of the eyelid. The extra tissue is removed and then the eyelid is closed.

Upper or lower blepharoplasty is a cosmetic surgery. There are other kinds of eyelid surgeries for skin cancers, tearing problems, and looseness or laxity of the lower lid. The ideal patients are those are doing it for cosmetics reasons such as looking older or they have bags under their lids. The idea is to rejuvenate the eyelid, get rid of the bags, and thereby contribute to the rejuvenation.

With aging, there are changes in both the upper and lower eyelid. Some patients only have a medical problem in their upper eyelid such as extra skin hanging down over their lash margin and naturally cutting off some of their visual fields. In that case, it is done for medical reasons. But the lower and upper eyelids are almost always done for cosmetic reasons.

The upper and lower eyelid doctor needs to carefully evaluate the eyelids beforehand to make sure there is no asymmetry. The doctor needs to be sure the upper lids move symmetrically and that the lower lids are not saggy.  In that case, the doctor would want to tighten them up a little at the time of surgery.

Upper and lower eyelid surgeries come with the same risks and complications associated with any other surgery. Anytime a surgery is performed, there are scars, which are permanent. Eyelid skin usually heals very inconspicuously. It is hard to see the scars on someone that has had blepharoplasty.

On the other hand, about 50% of patients will develop little tiny cysts or milia in their upper lids. It is not a big thing to take care of but it happens frequently. It is just a little nuisance in the postoperative period.

Following upper or lower eyelid surgery, the eyelids will feel numb for a while and be swollen. In some patients, there is even a transient change in vision after surgery. Operating around the eyelid can result in swelling, which indirectly affects the eyeball. The swelling usually goes away within five days and is very transient. The eyelids will be black and blue for about three weeks.

Some of the risks associated with upper and lower eyelid surgery include scars, bleeding, infection, a lid lag, or the eyes might not move up and down as symmetrically as they did beforehand. There is also the possibility of an ectropion or a downward pulling of the lower lid, which sometimes occurs in the healing process. Most of the time, this condition goes away with a little massage and even a little steroid cream in the eyelid.

The most serious risk after the operation is there could be bleeding behind the eyeball that can conceivably cause blindness. The blood could swell up behind the eye and compress the nerve to the eye. Blindness has been reported in 1 in 200,000 cases but patients should keep in mind that it may still happen.

The stitches usually come out about five days after the surgery. The eyelids will still be black and blue, but the patient will be able to tell that the extra skin and the bags are gone. By about three weeks, most of the black and blue is gone. By three months, the scars look the best and all the swelling is gone. Even though their will still be aging effects, the patient will be better off having had the procedure as the results will last a lifetime.

Upper and lower eyelid surgery is a cosmetic procedure that not only improves the looks of a patient but also helps a person have better eyesight.  A consultation with an experienced doctor is essential to determining if a person is an ideal candidate for one or both procedures. A potential patient should schedule an upper and lower eyelid procedure only after discussing and deciding on a surgical game plan with a skilled doctor.

Based on an exclusive interview with Dr. Norman Levine in Oklahoma City, OK